K.D. Johnson scored 16 points, Wendell Green Jr. and Johni Broome both had 13 and No. 15 Auburn defeated Colgate 93-66 on Friday night. 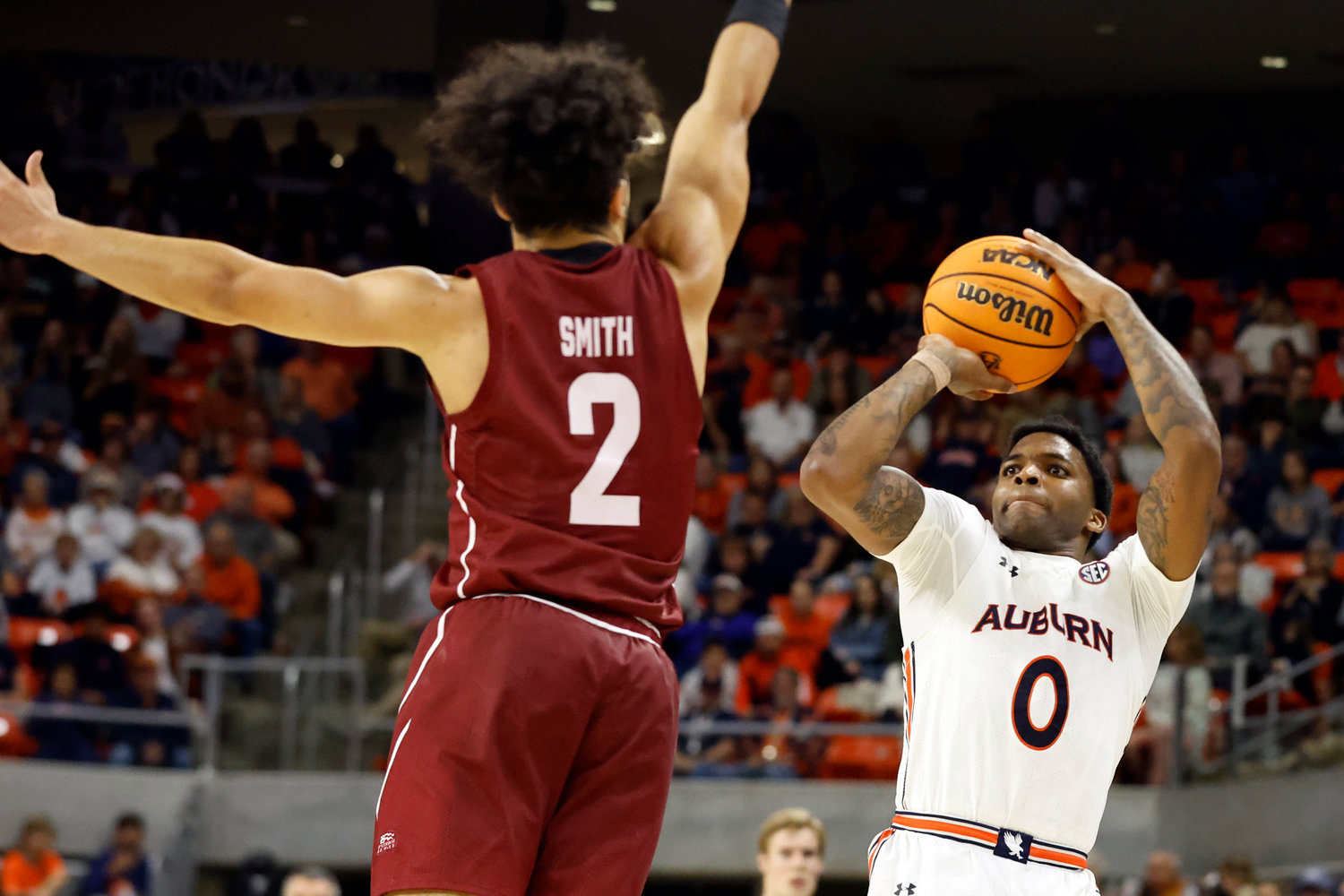 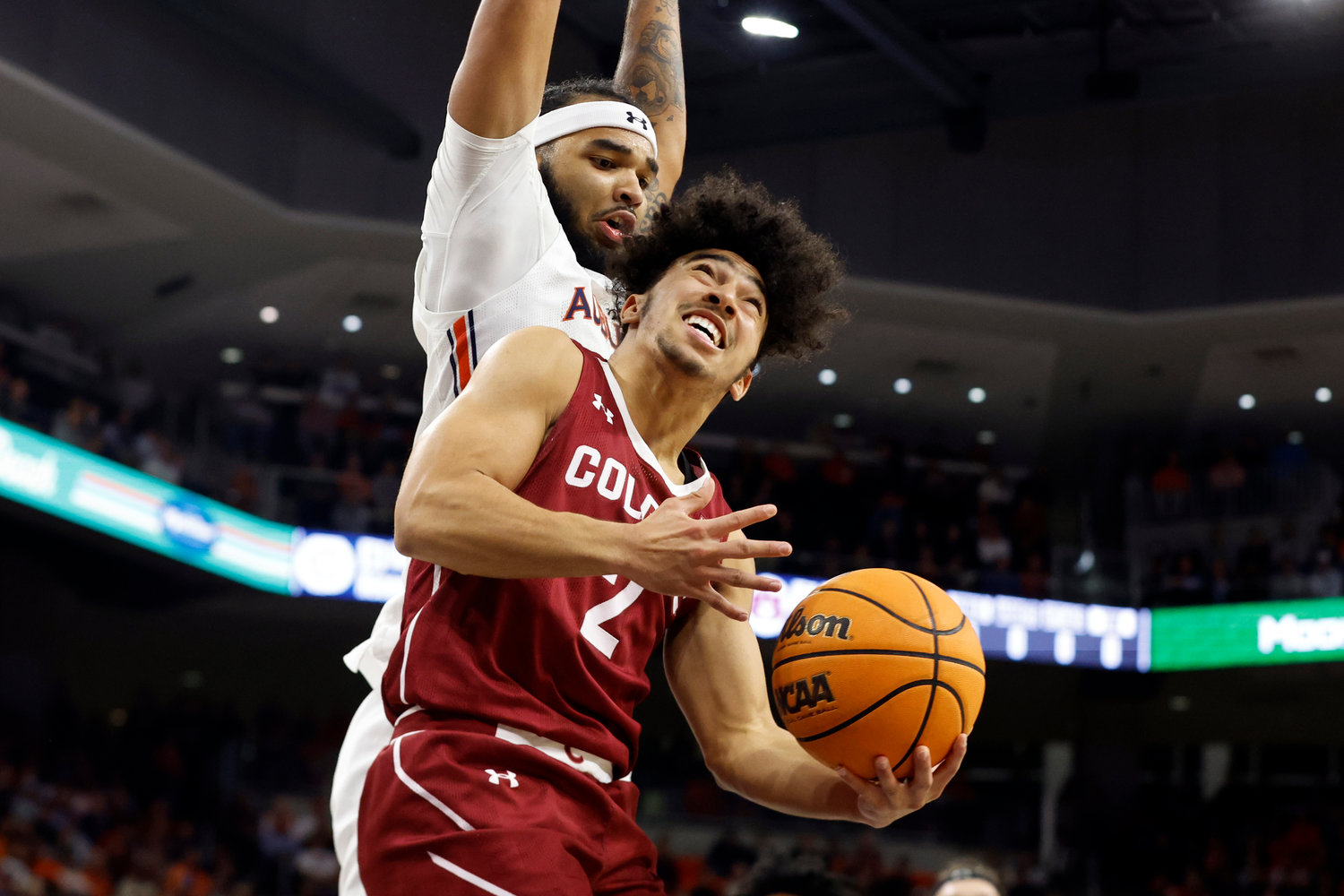 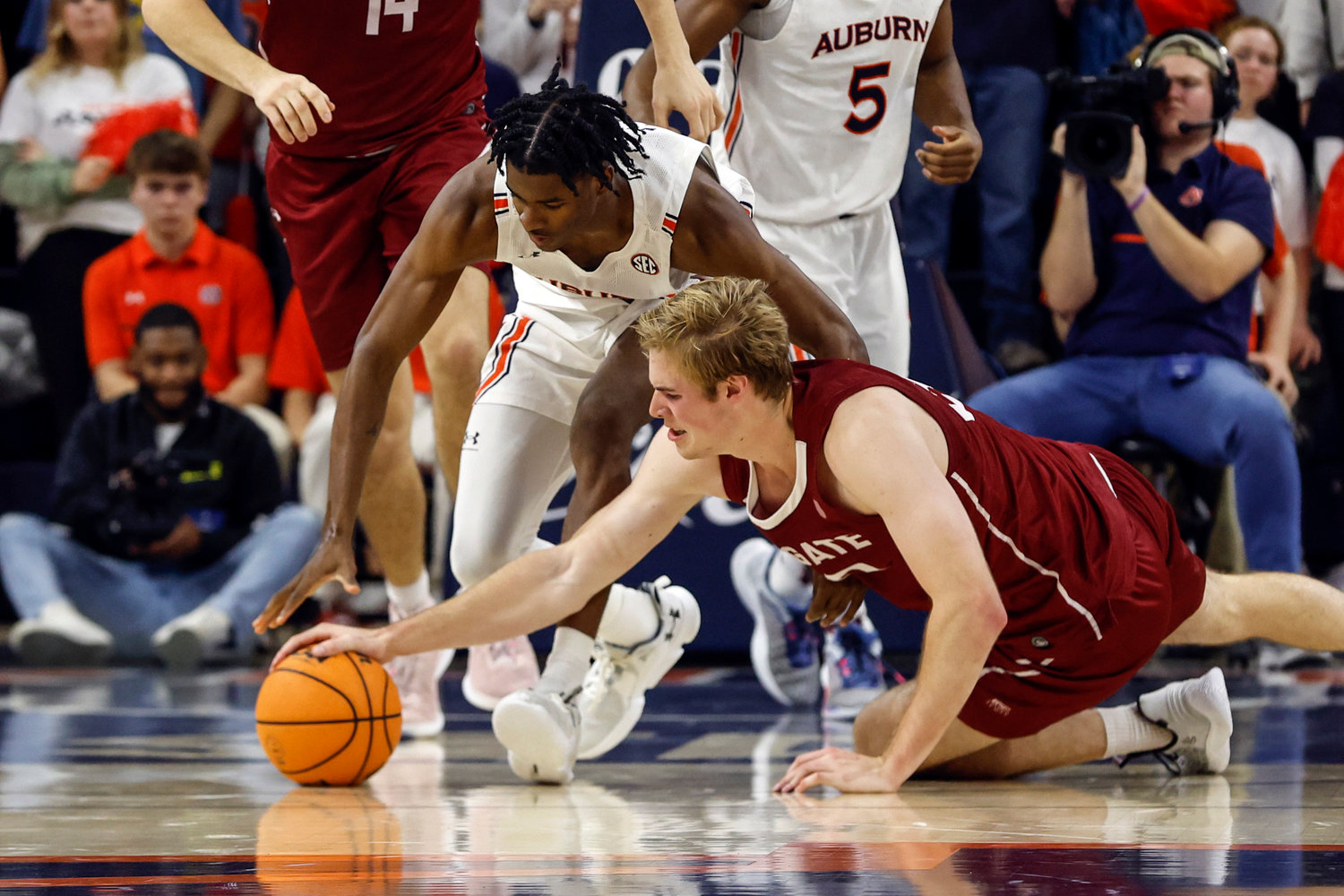 Auburn guard Chance Westry, left, and Colgate forward Sam Thomson, right, scramble for the ball during the first half of Friday night's game in Auburn, Ala. Auburn won 93-66.
(AP Photo) 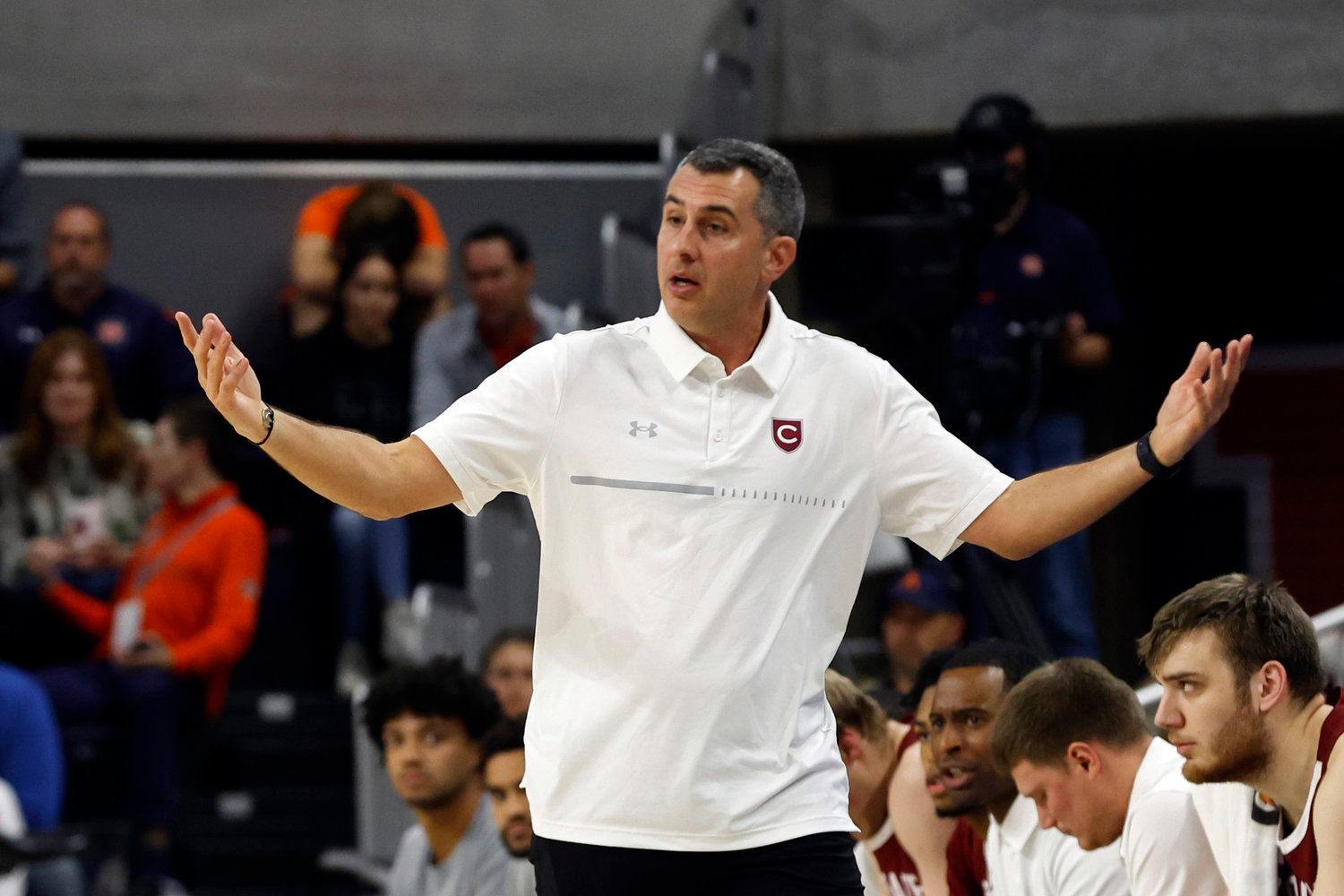 Colgate coach Matt Langel reacts to a call during the first half of Friday night's game against Auburn in Auburn, Ala. Auburn won 93-66.
(AP Photo)
Previous Next
Posted Saturday, December 3, 2022 2:15 pm
Associated Press

Allen Flanigan scored 12 points and added seven rebounds in his first start of the season. He replaced Jaylin Williams, who sat out because of an illness.

“Everybody just came in and played different roles tonight,” Flanigan said. "We came together as a team with a man down, stepped up and put the pieces together to come out with the W.”

Broome had nine rebounds to go along with four steals and two blocks.

″(Auburn) really shot the ball better,” Colgate head coach Matt Langel said. “When they shoot like that with their defense and their offensive rebounding, they’re a legitimate top team in the country.”

Colgate: The Raiders were looking for their fourth all-time win over an SEC opponent but were unable to maintain their usual high-scoring form against Auburn’s tough defense. This was the last big non-conference test of the season for Colgate, which beat Syracuse by 12 last month.

“We’ve shown some signs of being able to do some good things,” Langel said. “We’ve gotten a lot better. We’ve got to keep getting a lot better, though, if we want to be the team that we want to be.”

Auburn: The Tigers came into the game shooting 26.6% from 3-point range on the season, which ranked No. 344 in Division I. Auburn can’t expect to shoot 45.5% from deep every night, but it will hope that this performance can be the start of a turnaround in that department.

Auburn had four players score in double figures and had four more score at least eight points. The Tigers outscored the Raiders 44-9 in bench points.

With all that scoring balance, Auburn scored 90-plus points for the first time since a 94-80 win over Vanderbilt on Feb. 16.

“I feel like we’re hard to stop when we do that, especially with the way we play defense at Auburn,” Johnson said.

Johnson’s big game came with an injury scare at the end of the first half, when he hit the floor hard after trying to hit a buzzer-beating layup.

The junior guard was slow to get up, but he was able to return to the game after halftime and play eight second-half minutes.