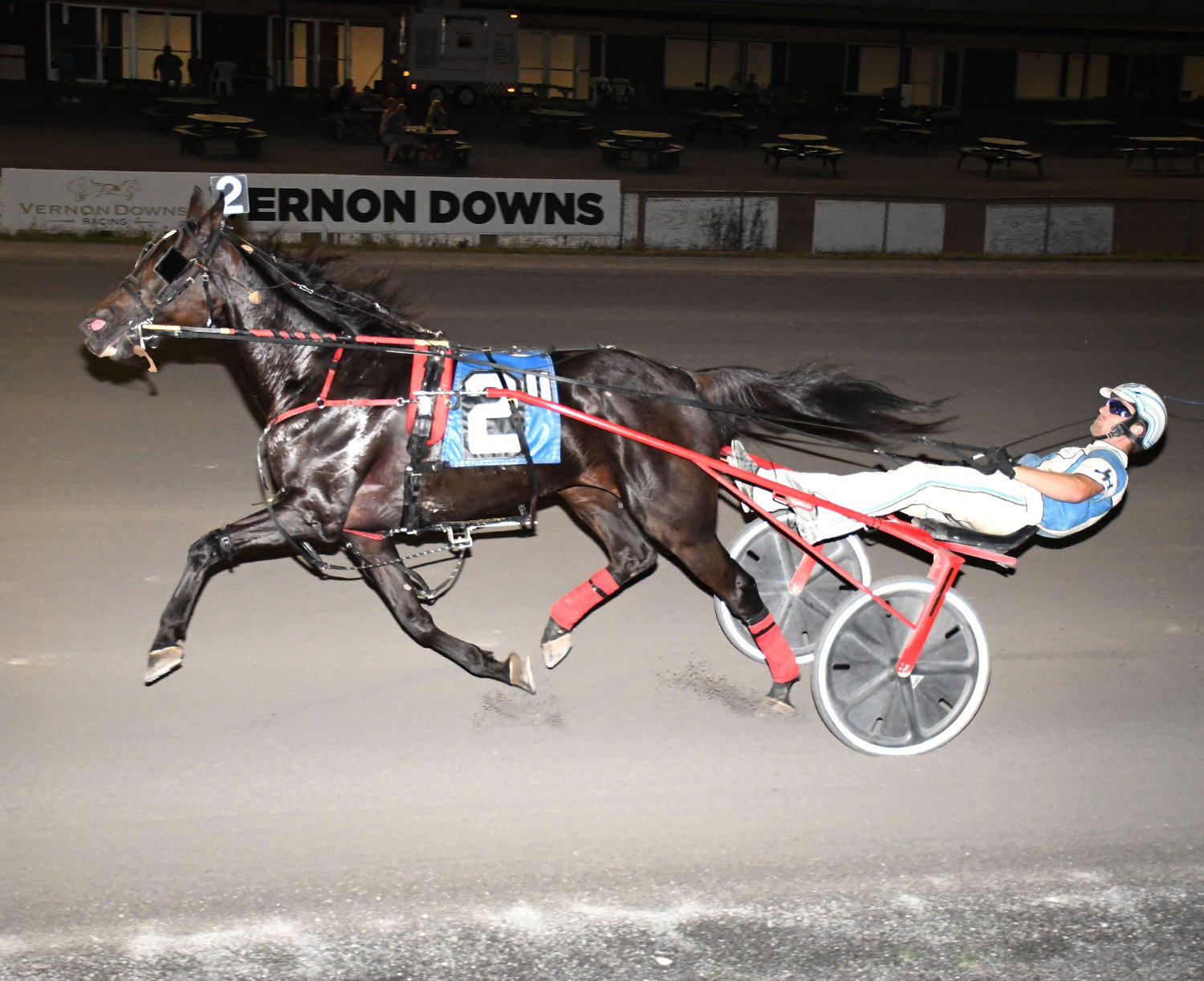 As they reached the stretch Cash N Chrome (Barton Dalious) went all out after the leader.Jenny Lake was too strong and won easily in 1:56.0. Cash N Chrome had to settle for second.Sweet Sofie T (Josh Kinney) finished third.

Jenny Lake is a 6-year-old mare RC Royalty.She is trained by Paul Minckler for owners Carol Namiotka and Ed Namiotka Jr.If was her fourth win of the season and her 29th career victory.

Adam Capizzano had a training-driving double on the card getting wins with Gold Star Lambeau ($11.40), and Attention Please ($13.00). Justin Huckabone and Barton Dalious each recorded driving doubles.

Live racing returns to Vernon Downs on Friday with a post time of 6:05 p.m.