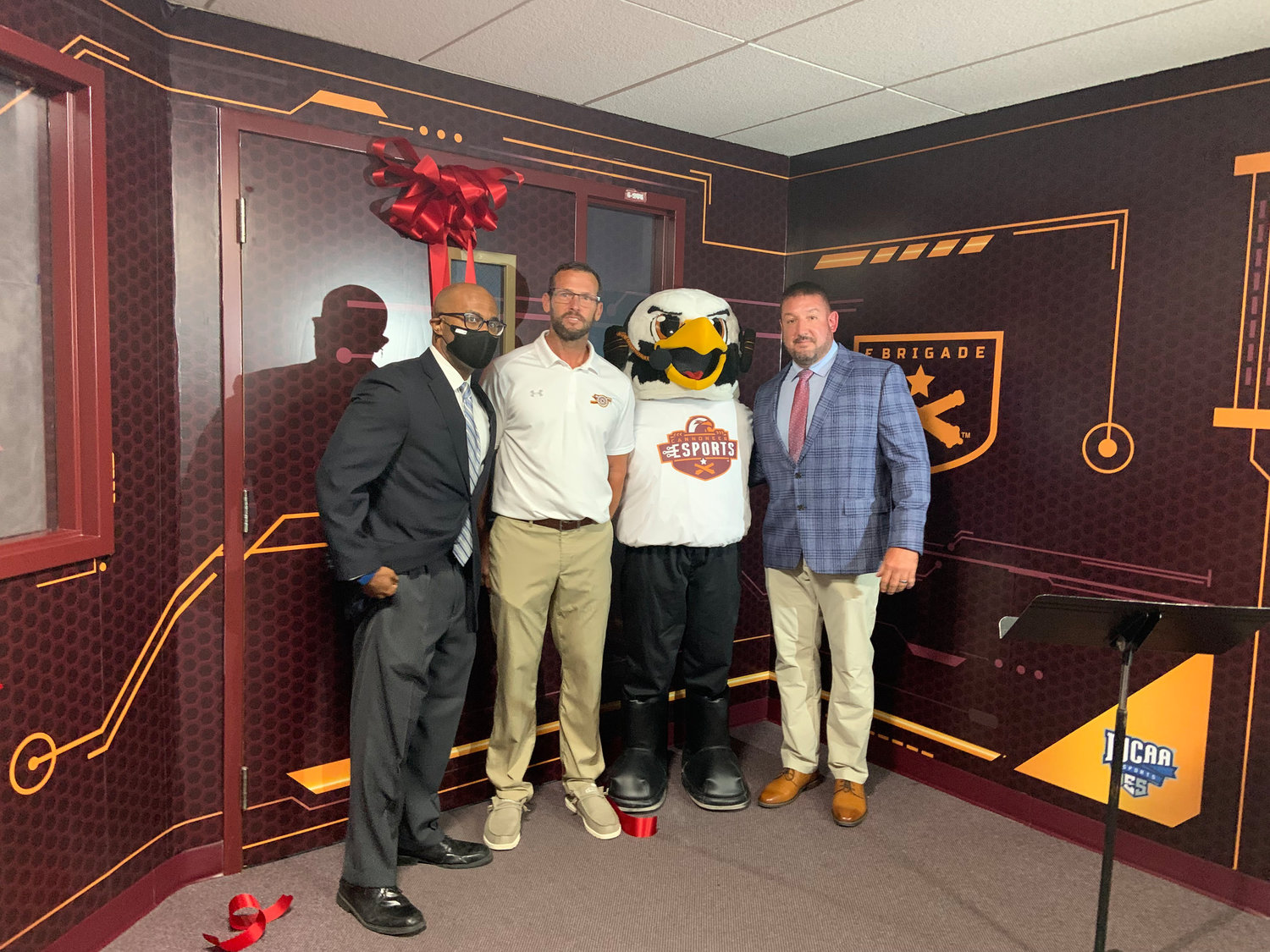 WATERTOWN — On August 11, Jefferson Community College (JCC) hosted a ribbon-cutting ceremony to unveil its new esports arena. Members of the campus community, special guests and students joined administration to celebrate the addition of esports to the College’s athletic roster. Esports is sanctioned by the National Junior College Athletic Association (NJCAA).

Jeffrey L. Wiley, Director of Athletics says, “Esports is the fastest growing sport within the NJCAA, NCAA (National College Athletic Association) and NAIA (National Association of Intercollegiate Athletics) and we are honored to bring one of the fastest growing industries to Jefferson students. Participation in JCC’s esports program will not only foster camaraderie among students, but will also give them a fun alternative to fulfill a general education requirement while learning about teamwork, communication and career development.”

To date, more than 35 students have shown interest in joining the College’s inaugural esports team. All esports tournaments and matches will be live-streamed on the College’s Twitch platform. Jefferson’s esports season will kick off with its first match on Oct. 3.

The esports program makes the 12th sport for Cannoneer Athletics. To join JCC’s esports team, current Jefferson students and new students may submit their athletic interest form online at www.cannoneerathletics.com. Students must be attending Jefferson full-time and be matriculated (enrolled in a degree program). Fall classes begin Aug. 29. Applying to JCC is free. Learn more about fall registration at www.sunyjefferson.edu/fall.