J-Mac gets slam including feature win at Vernon Downs

John MacDonald drove four winners on the card Saturday at Vernon Downs, including the featured $8,700 pace with Sgt Papa Daddy.

J-Mac gets slam including feature win at Vernon Downs 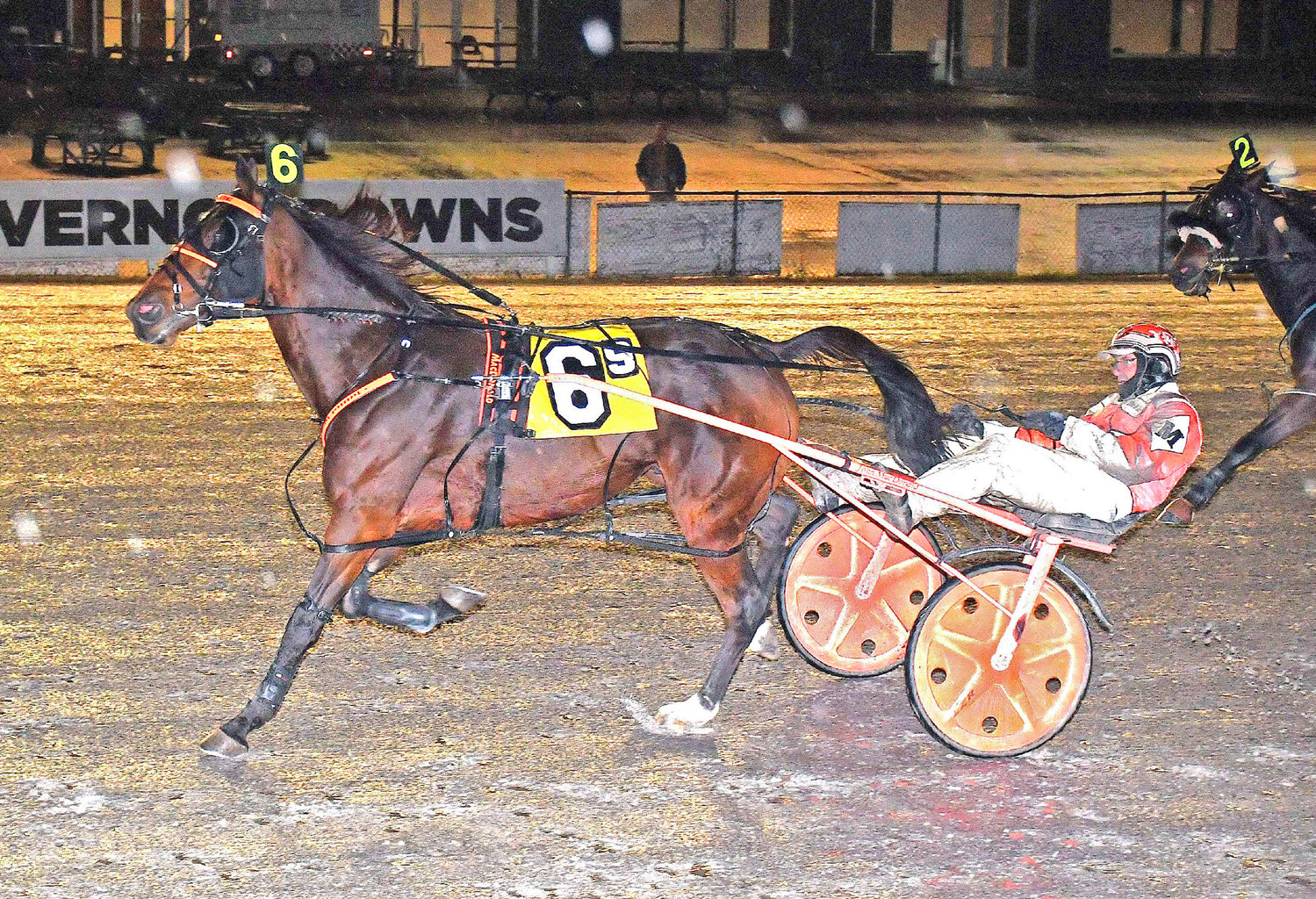 Sgt Papa Daddy won his sixth race of the season with a victory in the featured $8,700 pace Saturday at Vernon Downs.
(Photo courtesy of Fotowon)
Posted Monday, November 14, 2022 4:34 pm

Sgt Papa Daddy ($4.80) shot out of the gate and went right to the front and led to the quarter in 27 seconds flat. He used a 29.1-second quarter to be first to the half in 56.1 seconds. Northern Rein (Brandon Parker) made a first-over move going around the final turn. Sgt Papa Daddy was first to three-quarters in 1:24.4.

Sgt Papa Daddy is an 8-year-old gelding by Rockin Image. He is owned by MacDonald and trained by Kimberly Hines. It was his sixth win of the season. He now has 42 career victories.

Live racing returns to Vernon Downs for the closing weekend starting on Friday at 6:05 p.m.