REVIEW: It’s the return of the little yellow troublemakers

Do your children like the Minions? Do you find them pretty funny too? Well, good news, they made another one of those movies, and it for sure has the Minions in it doing Minion things.

REVIEW: It’s the return of the little yellow troublemakers

From left, Kevin, Gru, voiced by Steve Carell, and Stuart in a scene from “Minions: The Rise of Gru.”
(Illumination Entertainment/Universal Pictures via AP) 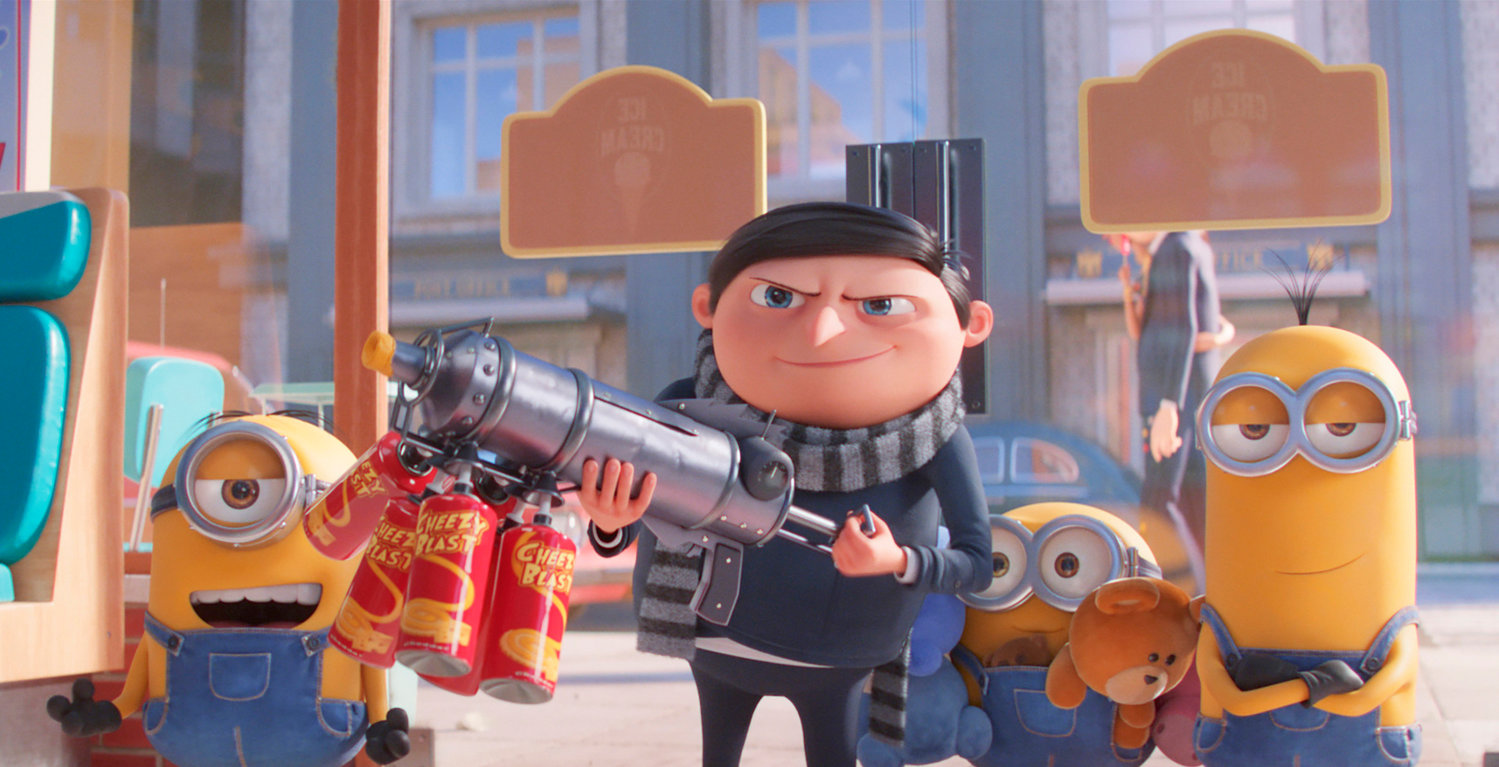 From left, Stuart, Gru, voiced by Steve Carell, Bob and Kevin in a scene from "Minions: The Rise of Gru."
(Illumination Entertainment/Universal Pictures via AP)
Previous Next
Posted Sunday, July 10, 2022 7:00 am
Sean I. Mills
Staff writer
email / twitter

Do your children like the Minions? Do you find them pretty funny too? Well, good news, they made another one of those movies, and it for sure has the Minions in it doing Minion things.

“Minions: The Rise of Gru” made a killing at the Fourth of July box office this past weekend, so it seems the joy of watching these silly, yellow creatures make their silly noises and do silly things has not yet passed. I’m surprised the studio doesn’t churn these things out more often.

For some reason, the studio behind the Minions movies keep insisting on giving these films a legitimate story with characters and arcs and plot. The new film sees Gru as a child in the 1970s, teaming up with his super-villain idol to get revenge against a whole team of dastardly, 70s-themed villains.

And then the Minions are there on the side doing their own thing. But they do that thing well enough that children should be sufficiently entertained.

That is one of the weird things about these movies: the insistence on a story, even one that doesn’t try very hard. Nobody goes to see a Minions movie for the story. None of the children eager to see the Minions on the big screen are going to care all that much about Gru and his coming of age tale.

Todays youth, for sure, aren’t going to catch all the groovy 1970s references or cultural touchstones.

But the studio has brought back actor Steve Carell to do the voice of Gru, and there’s a ton of other famous actors providing the voices of the other characters. There’s a whole story about a magical necklace and the Chinese Zodiac, and stuff about Gru teaming up with a wise, old mentor figure. And there are plenty of connections to the previous “Despicable Me” movies.

They speak their silly language and they get into all sorts of hijinks, from becoming pilots to learning kung fu. They do big musical numbers and one of them becomes a chicken at one point. It’s all there and it’s all the right amount of silly and dumb to keep the Minions brand alive.

As a movie, “Minions: The Rise of Gru” is perfectly fine and not too strenuous, with a bunch of bright, colorful animation. But it works even better as just a Minions delivery vehicle, putting those yellow things back on the big screen.

“Minions: The Rise of Gru” is playing in theaters and is not yet available to stream at home.