Ironman Lake Placid to return through 2024

The Ironman Lake Placid triathlon is set return to this village through at least 2024.

Ironman Lake Placid to return through 2024 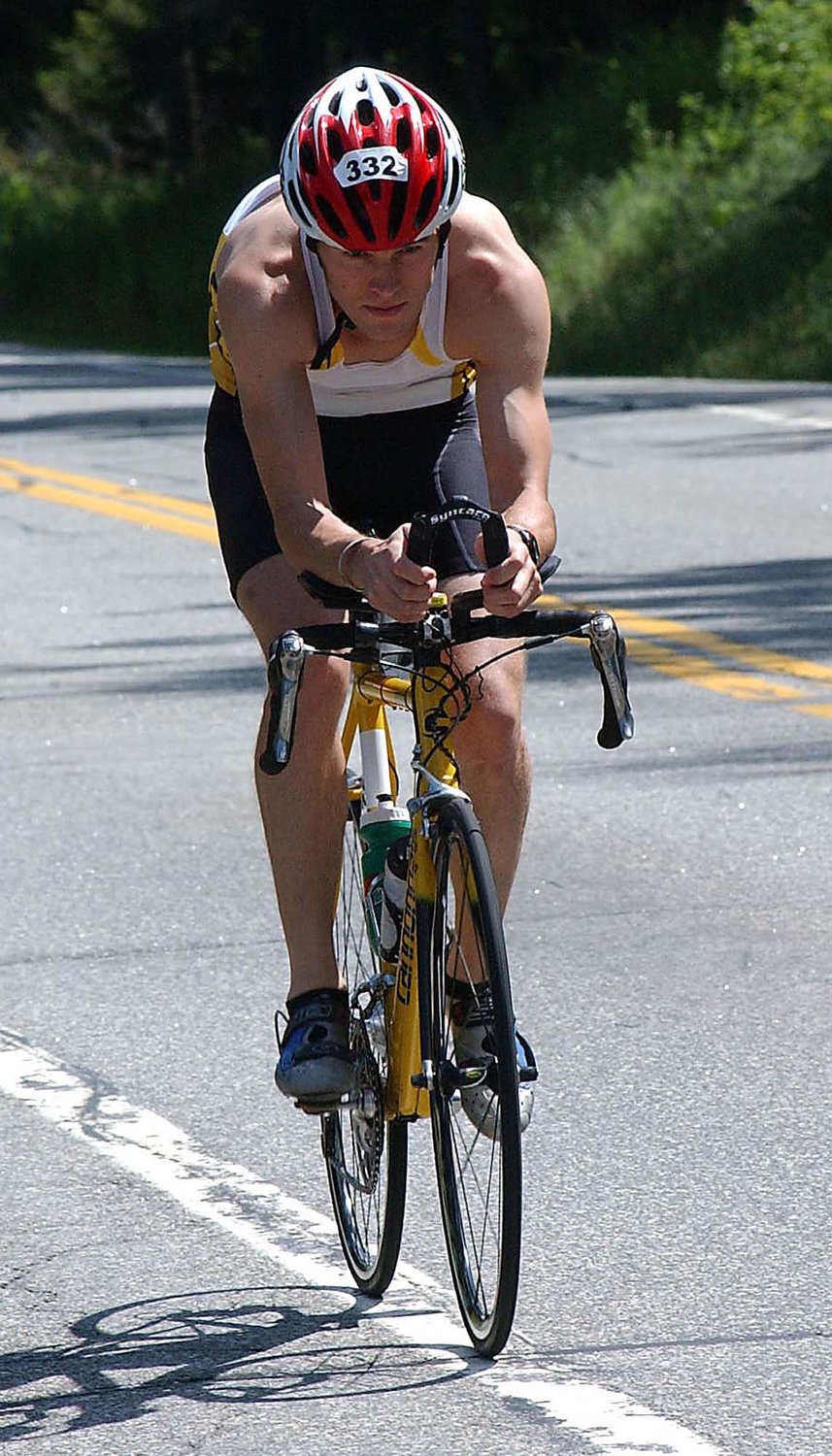 This year will be the 23rd Ironman triathlon in this Lake Placid. A new contract between organizers and the Lake Placid village board allows Ironman to return for two more years — through 2024. In this file photo, Robert Kenney, of Camillus, N.Y., does a little light training in the Wilmington Notch, Saturday, July 23, 2005, for the Ford Ironman USA Lake Placid Triathlon in Lake Placid, N.Y.
(AP File Photo/The Press-Republican, Rob Fountain)
Lauren Yates, Adirondack Daily Enterprise

LAKE PLACID — The Ironman Lake Placid triathlon is set return to this village through at least 2024.

The Lake Placid Village Board of Trustees recently unanimously voted to support a three-year contract extension between the Ironman Group, the village board, the North Elba Town Council and the Regional Office of Sustainable Tourism. The village board’s vote only acted as authorization for the mayor to sign a contract extension, but the contract has now been signed by all four of these groups.

This year will be the 23rd Ironman triathlon in this village. Though the new contract allows Ironman to return for two more years — through 2024 — it’s considered a three-year contract because it includes this year’s race. This year’s race was never formally signed off on before this contract was signed, according to village officials.

The board of trustees’ vote on Monday was called both “reluctant” and “contentious” by village officials despite the unanimous decision. Trustee Jason Leon — who also serves on the town council, and who voted against the contract extension earlier this year when the town council authorized town Supervisor Derek Doty to sign a three-year extension — wasn’t present for the village’s vote on Monday.

When the North Elba Town Council voted in near-unanimous support of a three-year contract extension back in March, Leon cast the lone vote against it. At the time, Leon raised the concern — amid broader discussion throughout the community about the pros and cons of hosting the race — that the town council would be agreeing to three more years of Ironman without seeing material changes to the race from the Ironman Group ahead of time.

Mayor Art Devlin said the village board didn’t vote on the contract earlier in the year because the board wanted to see changes made to the contract, and he said it was voted on less than a week ahead of the race so Ironman could register athletes for next year.

The Ironman course runs through the village of Lake Placid and the town of North Elba, as well as the towns of Wilmington, Keene and Jay. Keene town Supervisor Joe Pete Wilson, Jr. and Wilmington Town Supervisor Roy Holzer on Tuesday both said they hadn’t seen a new Ironman contract, though both supervisors expressed general support for the triathlon and highlighted the Ironman Group’s willingness to address the task force’s concerns and improve the race over the next few years. The town supervisor for Jay could not be reached by press time.

The village board’s vote on Monday comes after months of work by a task force created in the summer of 2021 — which includes local officials, community members and business owners — to evaluate the economic and community impacts of the Ironman Lake Placid triathlon.

The task force discussed local issues related to the race and helped compile a community survey — sent out by ROOST this past fall — that found the community to be nearly evenly split on whether or not the triathlon should continue to be hosted here.

The task force in January identified five main changes to the 2022 race that they saw as deal breakers if they’re not implemented: establishing a point of contact for race day, a dedicated campaign to address road safety in the months leading up to the race, a campaign to highlight race communities and local businesses, creating a list of race day congestion areas and escort services, and forming a communication plan to help highlight Ironman’s giveback to the community.

To accommodate some of the task force’s recommendations for the 2022 race, ROOST Chief Operating Officer Mary Jane Lawrence said the Ironman Group has published a code of conduct for athletes, created videos highlighting the area and local communities, drawn up a local map highlighting race course communities and designated a contact person to field calls from locals with concerns and questions about the race. The contact person can be reached at 615-669-0022 or community.cgi@ironman.com. The Ironman Task Force also asked for “escort” services to be put in place so people blocked in their driveways during the race could travel out of their homes. Lawrence said people needing an escort should call the Ironman contact person.

Lawrence said Ironman has also been communicating with athletes about bike safety and being “good partners” with the region.

The task force additionally recommended that Ironman work with local emergency services and compensate them for their services on race day; that a cap be placed on the number of competitors each year; that times of congestion and road closures be clearly communicated; that local athletes be acknowledged with specific bib colors and numbers; that Ironman review possible date and course changes for the race in future years; and that Ironman be responsible for compensating State Police for their services on race day. This contract does require WTC to compensate State Police.

The race dates for 2023 and 2024 had not been decided in the Enterprise’s copy of the contract — which was dated July 19 — though the contract states that the 2023 race date would be “mutually agreed to” by contract signers by July 17 of this year.

At the time of the board meeting on Monday, board members and the village attorney hadn’t heard a definite race date for 2023. Lawrence on July 19 said that next year’s race will happen on Sunday, July 23. The 2024 date is expected to be set by July 1 of next year.