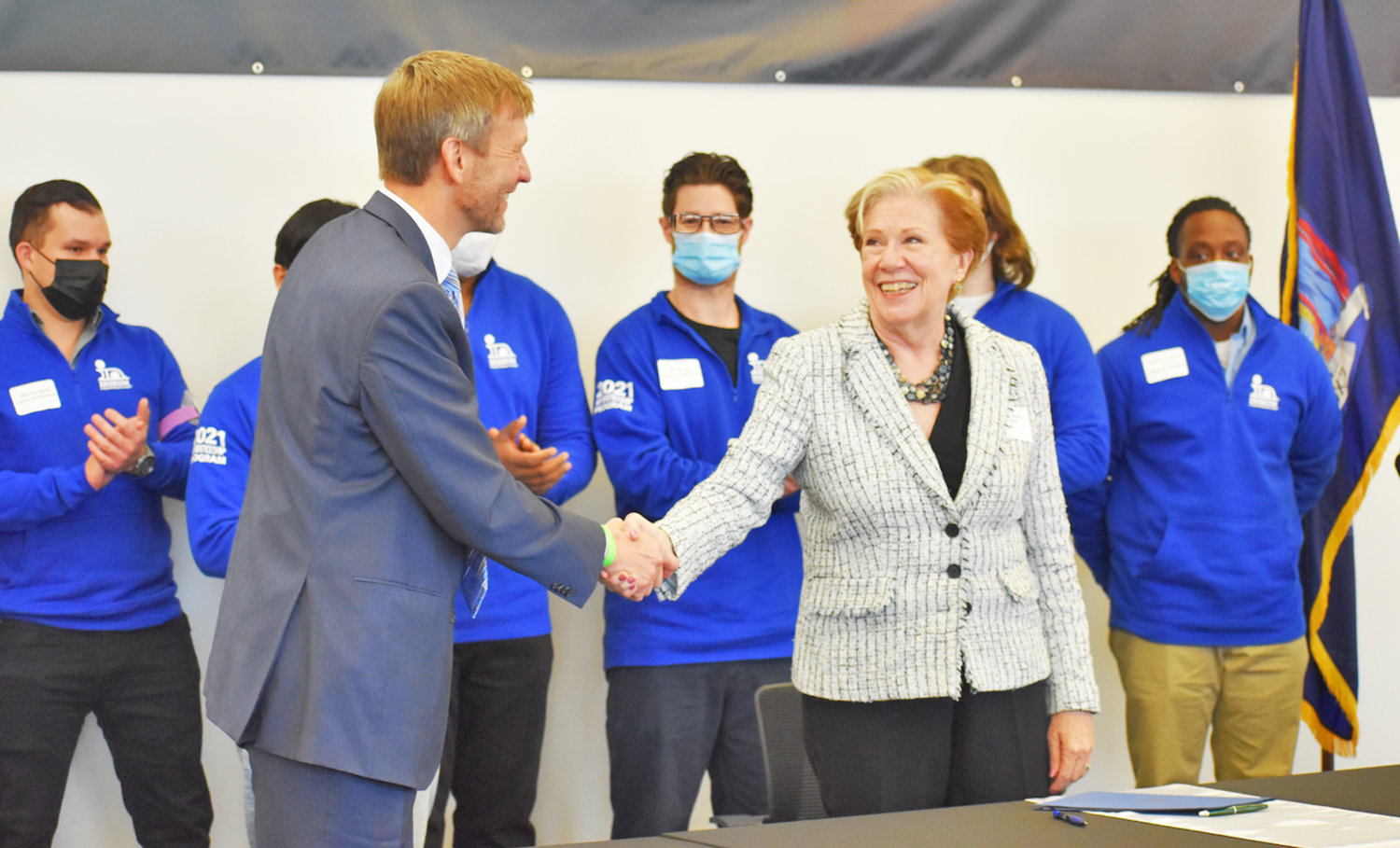 CLINTON — Company officials from the Indium Corporation were joined on Wednesday by Roberta Reardon, state Department of Labor commissioner, to officially sign documents and formally register the company’s apprenticeship program.

Indium Corporation has partnered with The Manufacturers Association of Central New York (MACNY), Mohawk Valley Community College, the National Institute for Innovation and Technology, and the State University New York (SUNY) Polytechnic Institute to offer select employees an opportunity for on-the-job training while also working toward earning their professional certificates and college credits.

“Apprenticeships are a proven pathway to great careers that also provide a pipeline of skilled workers to employers across the economic spectrum,” Reardon said. “I applaud Indium Corporation and MACNY for joining forces to provide New Yorkers with the skills they need to succeed. Partnerships with this kind of synergy are an important part of New York State’s master plan to build back better.”

“Through apprenticeships, Indium Corporation gains a credentialed program that leverages the strengths of our supervisors and subject matter experts, our local colleges, including MVCC and SUNY Poly, and organizations such as MACNY and NIIT,” Berntson added.

The two apprenticeship opportunities that will initially be offered are Industrial Manufacturing Technician and Quality Technician. The first cohort of 12-15 existing employees will start a two-year program in 2022, according to an announcement Wednesday by company officials.

Indium Corporation employs more than 1,200 people worldwide — with more than 800 of the jobs in Central New York. The company, which has facilities on Success Drive in Rome as well as Business Park Drive and Lincoln Avenue in Utica in addition to its headquarters in Clinton, continues to experience significant growth due to increased industry demand, officials said.

This demand, the company announcement said, has resulted in record numbers of new employees and open positions, including more than 40 immediate openings for production operators at its 5836 Success Drive, Rome facility.

MACNY President and CEO Randy Wolken said, “Registered apprenticeships are vital to keeping our workforce strong. They provide incumbent workers with on-the-job training and related instruction to meet the future needs of their companies. Our registered apprenticeship approach has proven to be successful year after year, and we couldn’t do it all without the strong collaboration of our community partners. We are very proud of Indium Corporation and the many apprentices who will soon start the exciting journey of advancing their manufacturing skills and growing within their company.”

Wednesday’s signing was part of several National Apprenticeship Week activities occurring throughout the state and nationwide, according to officials.