Mayor Robert Palmieri, along with First District Councilor Katie Aiello, marked the start of a number of improvements to the area surrounding Franklin Square and Liberty Bell Park. 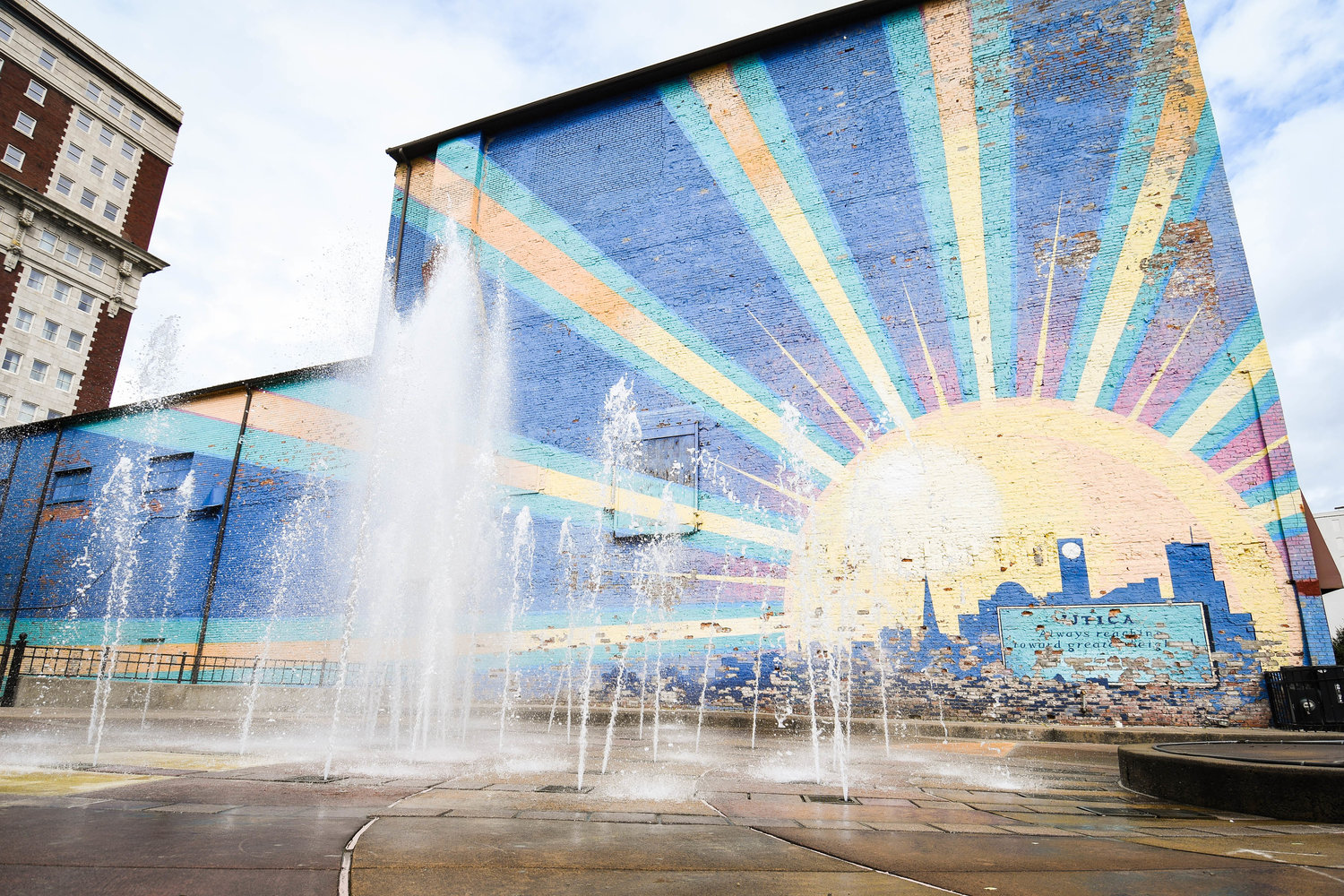 UTICA — Mayor Robert Palmieri, along with First District Councilor Katie Aiello, marked the start of a number of improvements to the area surrounding Franklin Square and Liberty Bell Park.

Officials say these improvements, to be made over the next several months, will rebuild and rejuvenate one of the most visible parts of Utica in the heart of downtown.

“Downtown is a showcase for our city and we want it to be unique and captivating unlike any other place in the world,” Palmieri said.

“We’ve seen a lot of growth from private developers and government partners and now we’re going to tie all of that growth together around art, curb appeal and exceptional experiences,” the mayor added.

The city resurfaced the concrete and rebuilt the plumbing to restore the fountain at the heart of the park. The fountain is now fully functional for the first time in years. The wall that contains the iconic sun mural at the rear of the park is severely dilapidated and will be fixed and restored. Following the wall restoration, the city will consult the public to restore or replace the existing mural. The city is currently consulting experts in the field to install an ice rink west of the fountain.

The city has redesigned the landscaping and resodded the grass to make for a cleaner and more open park to enhance the overall area and experience. The city has removed the sculptures in the park, which were rusted and rotting, and they are being refurbished to their original condition. The wall adjacent to the park, Pizza Classic, is being restored.

Aiello has made the alley the focus of her $200,000 district expenditure. This was decided after extensive meetings with constituents who expressed the funds be spent on a community minded project that would enhance the family-friendly aspects of the district. She is currently working with an architect to make the alley an artistic, unique, and functional public space for people of all ages in downtown. In conjunction with her stated goals, the city has begun the process of restoring the dilapidated walls that run parallel to form the alley.

The city will also be purchasing planters, seating areas, bike racks and a variety of items to improve the overall appeal of Genesee St. The total cost of these projects are still unknown, but will be well over $1 million. Improvements are part of the Downtown Revitalization Initiative, as well as the American Rescue Plan Act and are being done in conjunction with several other projects to improve the aesthetics and functionality of downtown. Some of those complementary projects include the restoration of two city parking garages, the creation of a parking lot in Bagg’s Square, the State’s Route 5S redesign and the federal government’s $18 million gateway district improvements.

“The improvements we will soon see in Liberty Bell Park and Franklin Square are much needed and the result of a lot of people working together,” Aiello said. “These are important parts of our city and it is great to see them get the attention they deserve as iconic places enjoyed by many.”