Iconic Savoy Restaurant up for sale

After 114 years of serving the local community and a recent maelstrom of events, the iconic Savoy Restaurant, which closed its doors last year ...

Iconic Savoy Restaurant up for sale 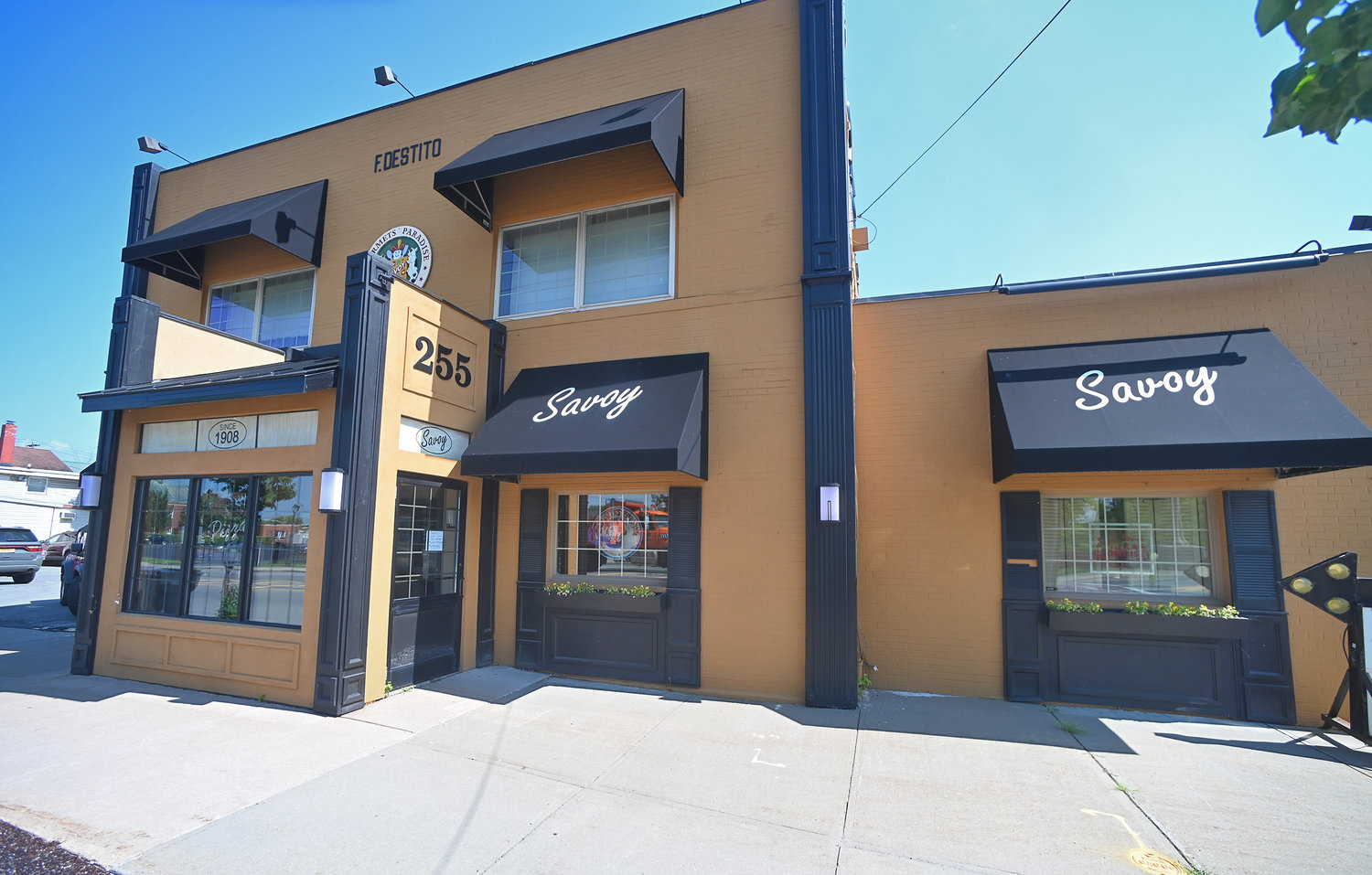 The Savoy, 255 East Dominick St. in Rome, has been a staple of the Rome community since 1908, when it opened as a boarding house and then a restaurant featuring 10-cent spaghetti. Thanks in part to its service to generations of Air Force personnel as well as its authentic Italian cuisine and cozy charm, the Savoy garnered local, regional, national and even international renown.
(Sentinel photo by John Clifford) 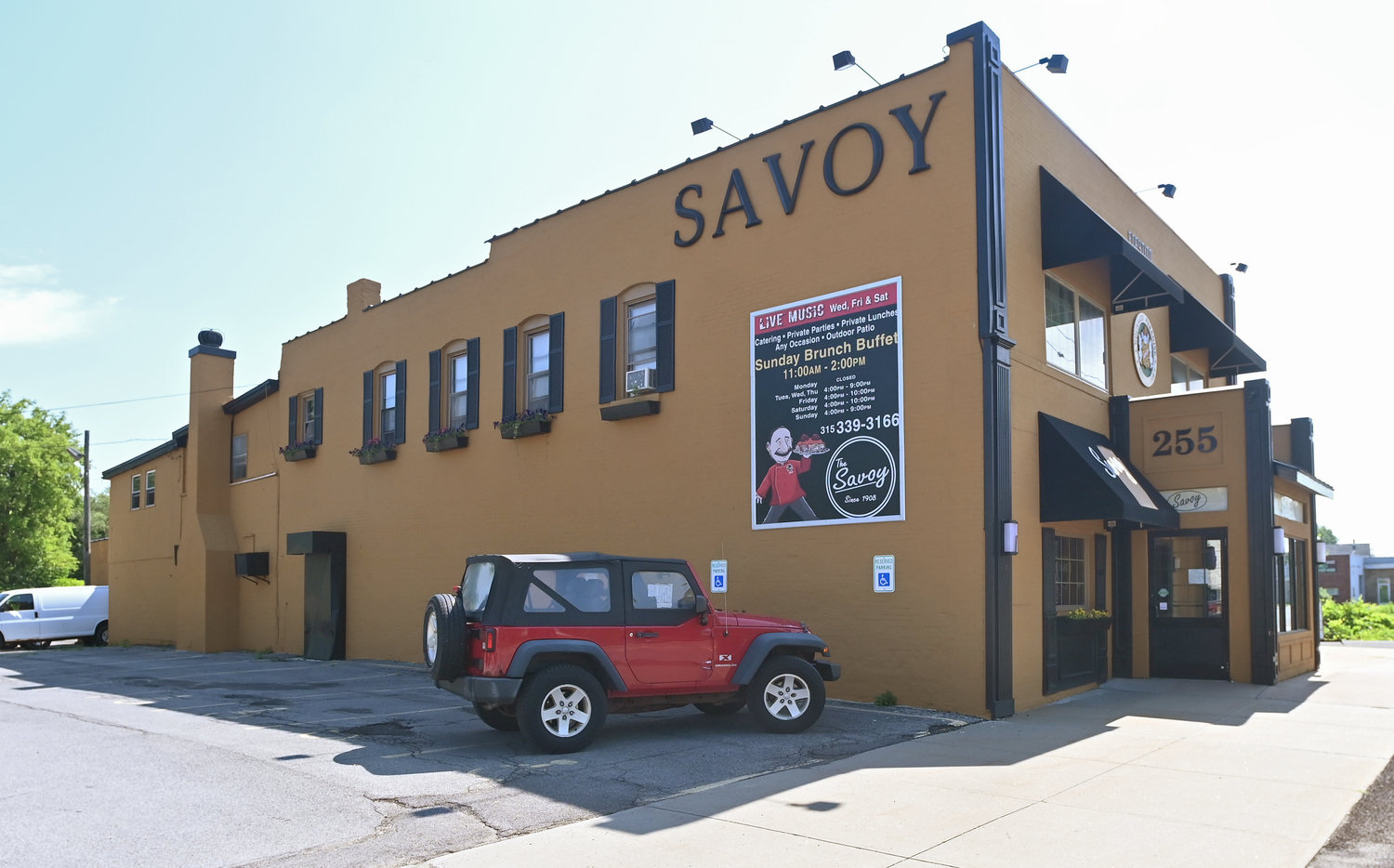 The Savoy, 255 East Dominick St. in Rome, is closing its doors for good and is currently on the market for $899,900. Orrie Destito, who along with his brothers owns the family business, said the decision to end 114 years of service to the community was not made lightly.
(Sentinel photo by John Clifford)
Previous Next
Posted Saturday, July 23, 2022 8:30 am
Charles Pritchard
Staff writer
email / twitter

“...My family has been running this restaurant since 1908. They were immigrants that came to this country and opened a boarding house that became a restaurant that sold 10-cent spaghetti.”

ROME — After 114 years of serving the local community and a recent maelstrom of events, the iconic Savoy Restaurant, which closed its doors last year on what was hoped to be a temporary basis, is up for sale.

“You aren’t just buying a restaurant,” Lori Frieden of Coldwell wrote in her post. “You are buying an important piece of Rome history and carrying on a legacy that is 114 years in the making. This is a turn-key opportunity in every sense of the expression. The furniture is in place, the kitchen is fully equipped, the bar is almost fully stocked, and the loyal clientele is just waiting for you to re-open the doors.”

Former part-owner Orrie Destito said to the Sentinel on Friday that the decision was not made lightly.

“It was like a perfect storm of things that happened,” Destito said. “My family has been running this restaurant since 1908. They were immigrants that came to this country and opened a boarding house that became a restaurant that sold 10-cent spaghetti.”

It all started with the pandemic, Destito said. “It was difficult during the pandemic, even with the paycheck protection program. You had that PPP money, but seating was so limited that it was almost anti-productive. Then, when we hit January, it was a tough time with labor. We had labor, but people were calling in sick or were exposed at a function. That caused a lot of uncertainty. We didn’t have a steady staff. They were good people, but it was difficult to fulfill what we needed to keep the restaurant going.”

On top of all that, the money for the restaurant revitalization program was limited. “It dried up faster than the ink I signed it with,” Destito said. And if this wasn’t enough, there was a flood on East Dominick Street and building owners up and down the street had costly damages. The owners of the Savoy had to foot the bill themselves.

And the three owners, Frank Destito, Dominick Destito, and Orrie, had all reached retirement age. But the final straw was the rampant inflation. Destito said they saw increases in food prices up to 28%. “Our family is ethical, and I thought it wasn’t right for a simple Italian restaurant to add that to the price of our menu,” Destito said. “With all these events and reaching retirement age, we decided we had to cut this off at 114 years.”

Mayor Jacqueline M. Izzo echoed these statements and underlined the importance of such a restaurant to the community and city.

“I feel very sad,” she said. “I don’t think it’s good news for Rome. That was our flagship restaurant, and the property itself is iconic.”

“On a positive note,” the mayor added. “Another restaurateur might pick it up. There’s a lot of potential with that property, and it’s critical to what we’re doing in the downtown area, especially in the East Dominick Street corridor.”

Izzo said there is a lot of potential for a mixed-use project at the Savoy. There’s a large apartment on the second floor, and the mayor said it would be nice to have something like garden-style apartments.

“For a new potential owner, there’s a lot of possibilities,” she said. “We don’t want to see it fall into disrepair. We want to see someone come in and bring some new energy and spirit. Because while it’s important to what we’re doing in the downtown, it means a lot to Rome and throughout Oneida County.”

It was sad news too for William Guglielmo, president of the Rome Area Chamber of Commerce, and the Chamber wished the Destito family the best.

“The Chamber wishes the Destito Family well in their retirement from the restaurant business and congratulates them on 114 years of service to Rome and our business community,” Guglielmo said. “For decades, the Destitos worked closely with the Chamber on many functions involving visiting dignitaries who represented business, industry, and various levels of government. During the years that Griffiss AFB was an active military installation, the Chamber’s Military Affairs Committee hosted regular events at the Savoy with federal elected representatives, USAF senior officials and commanders, and the men and women stationed at Griffiss. The hospitality extended by the Destitos could always be counted on to provide the exact atmosphere needed for constructive business-related discussions, presentations, and social interactions.”

On a more personal level, Guglielmo said he’d miss what the Savoy brought to the community.

“The comfortable setting at the Savoy was ideal for good conversation and great food,” he said. “The Chamber salutes the family on the positive impact they have had on Rome and for their generous support of countless community initiatives. We hope the property is returned to productive use.”

When asked what the plan was for the future, Destito said everyone has a plan when they retire — right up until they retire.

“When you reach retirement age, you take it a day at a time,” he said. “I’ve still got other projects. But for the first time in my life, I get to know what it’s like to have a weekend off.”

While the Savoy is closing its doors for good, Destito took solace in the fact that Christopher Destito has his own place, Crust Kitchen and Bar in Rome, located at 86 Hangar Road West.

“In some way, the family restaurant business will continue,” Destito said. “It’ll just be at Christopher’s place.”