It once went by a different name, but today a popular Rome restaurant still known for its speciality submarine sandwiches and chicken wings, Cianfrocco’s Subs, Wings & Pizza. 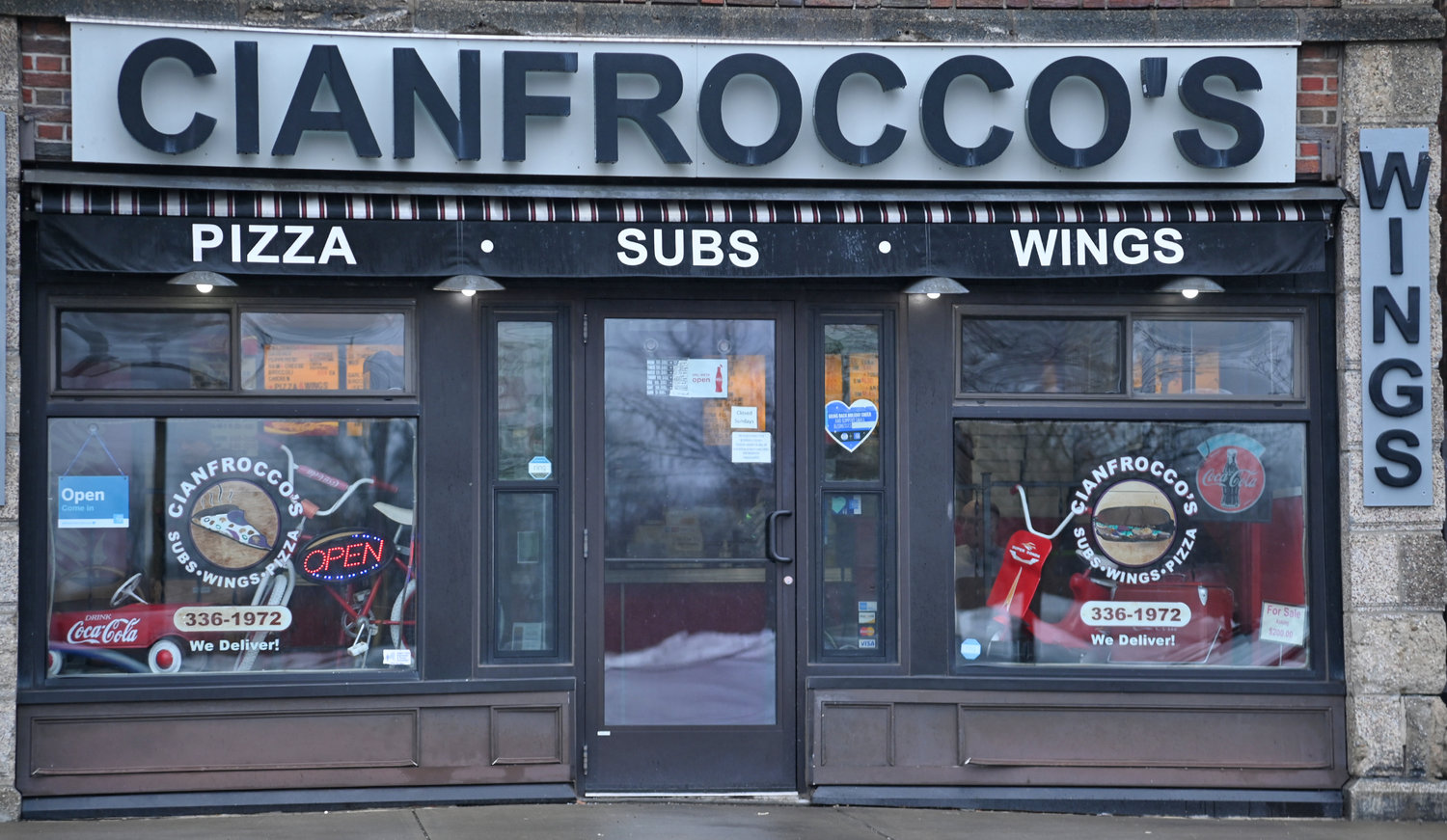 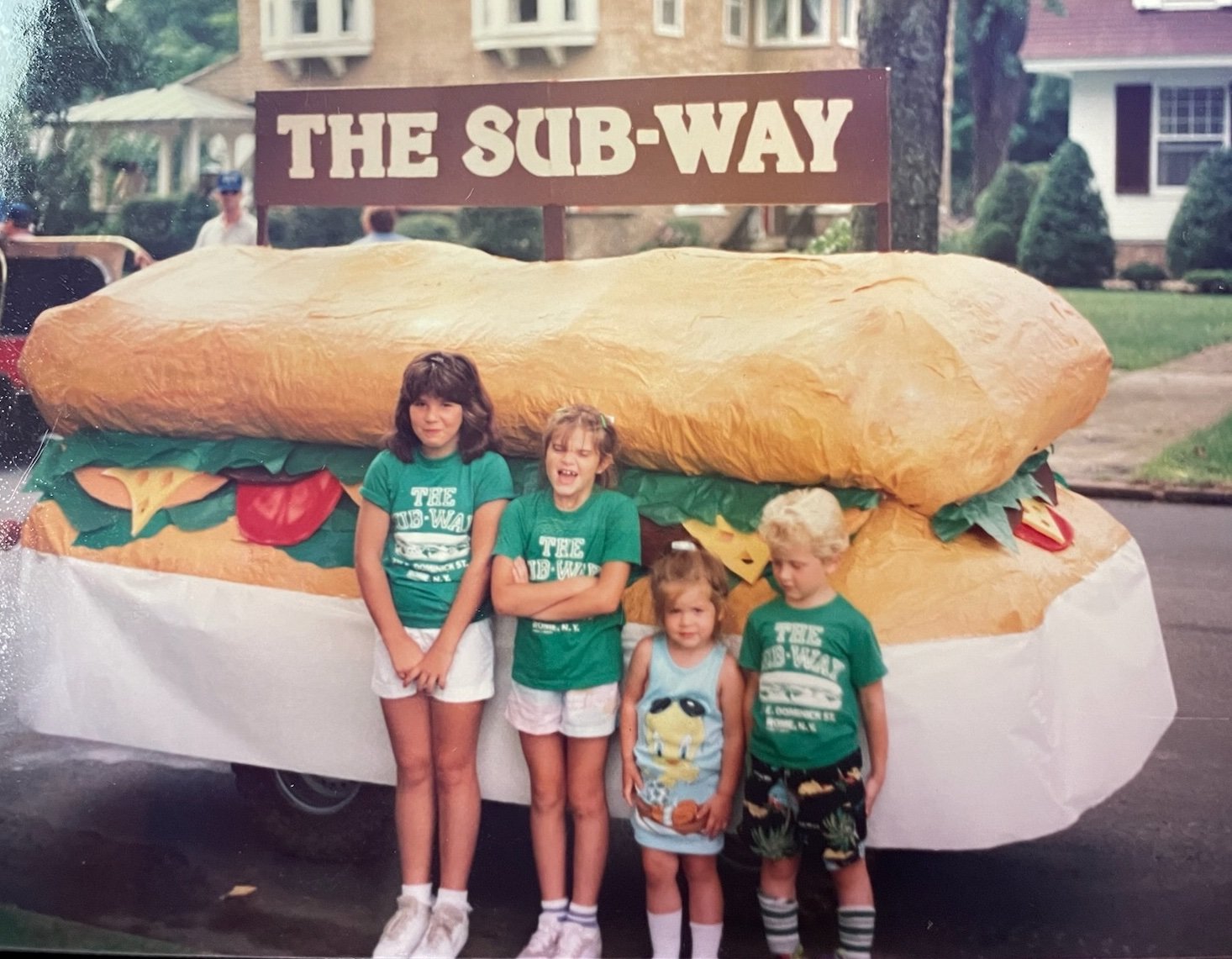 The Cianfrocco kids stand in front of The Sub-Way float, made by then owner Rich Cianfrocco, just before the Honor America Days Parade. From left: Rich and Ann's daughter, Corin, and cousins, Rachel Cianfrocco, Aleisha Cianfrocco and now Firefighter Justin Cianfrocco. 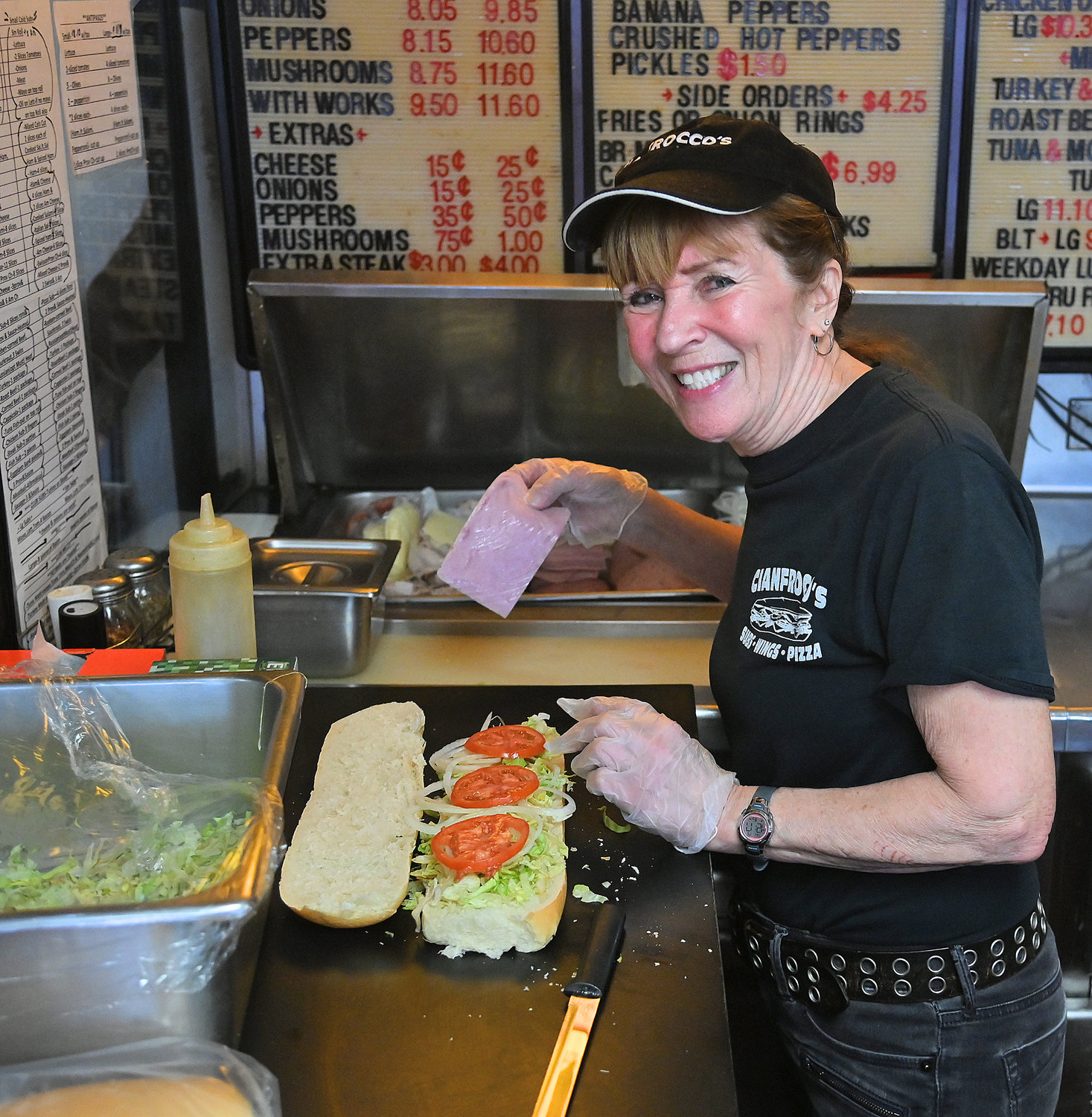 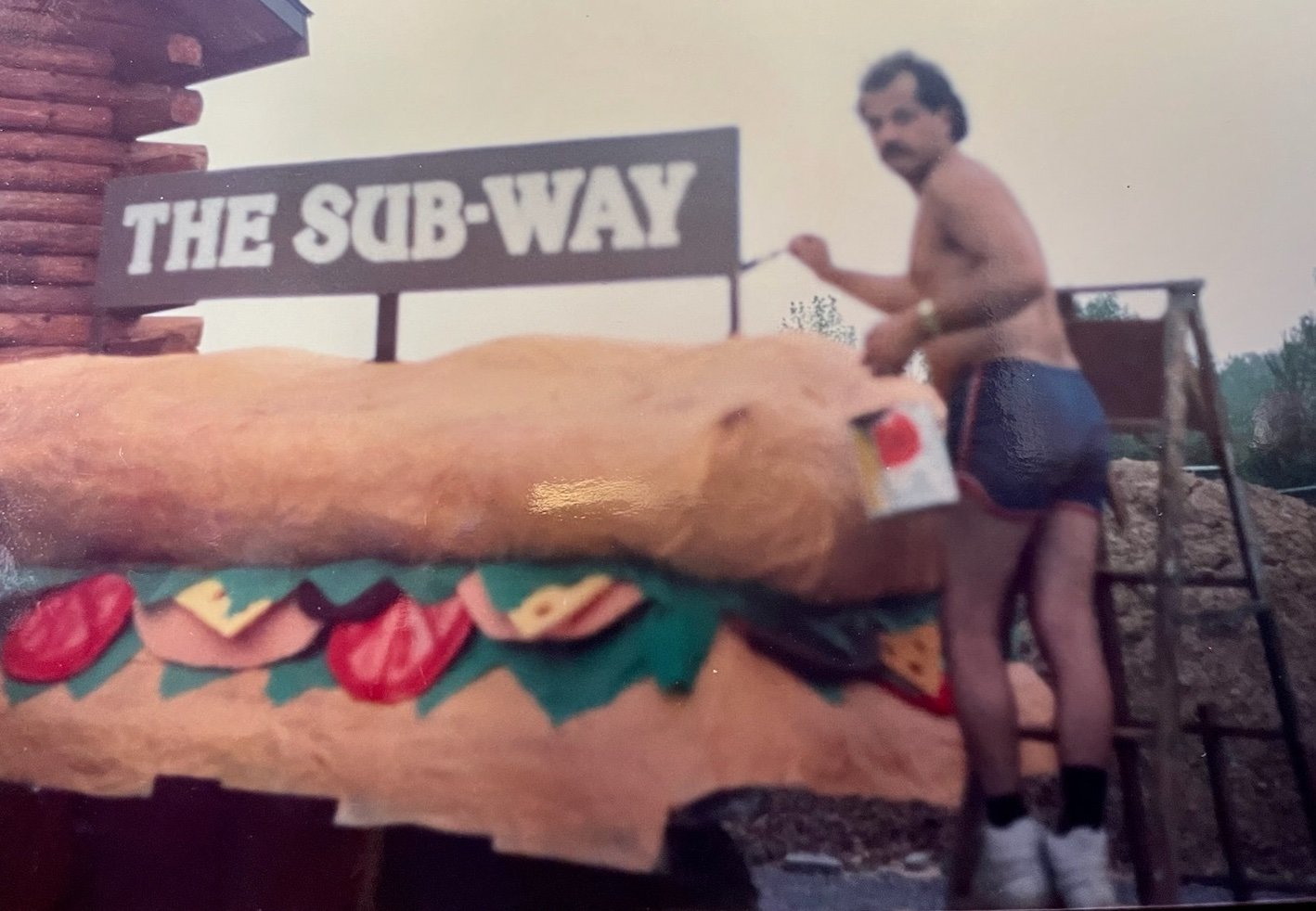 Rich Cianfrocco, owner of what was known then as The Sub-Way sandwich shop on East Dominick St., is seen making his paper mache' submarine sandwich float that was entered into Rome's annual Honor America Days Parade. Rich passed away in June of 2017 at the age of 67. 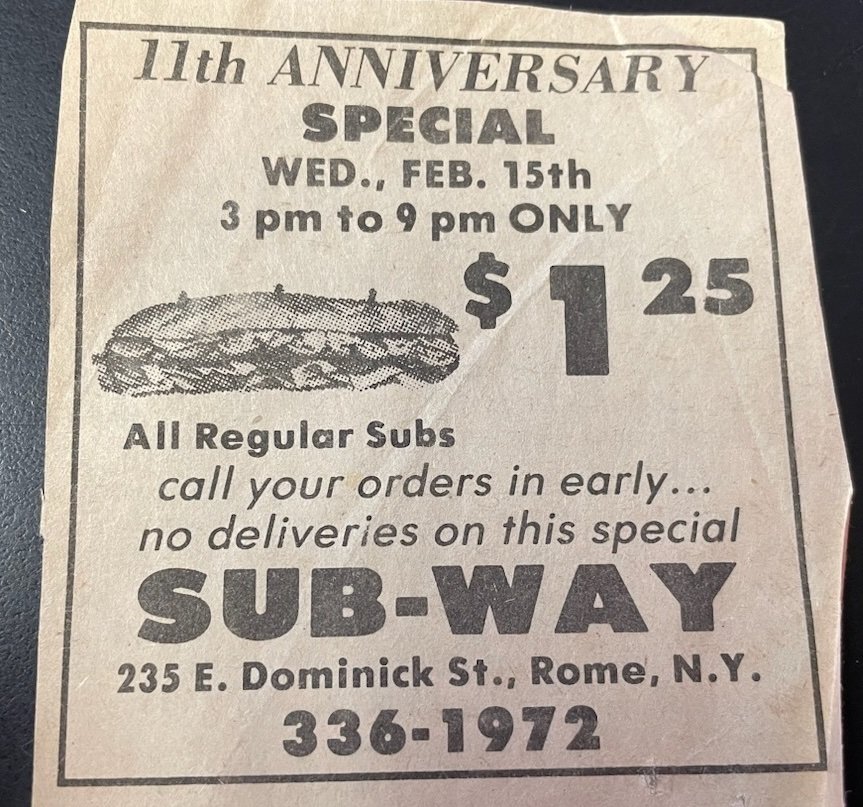 An old newspaper clipping announces a daily special on Feb. 15, 1984, celebrating The Sub-Way's 11th anniversary. The restaurant would later come to be known as Cianfrocco's Subs, Wings & Pizza in the early 1990s. 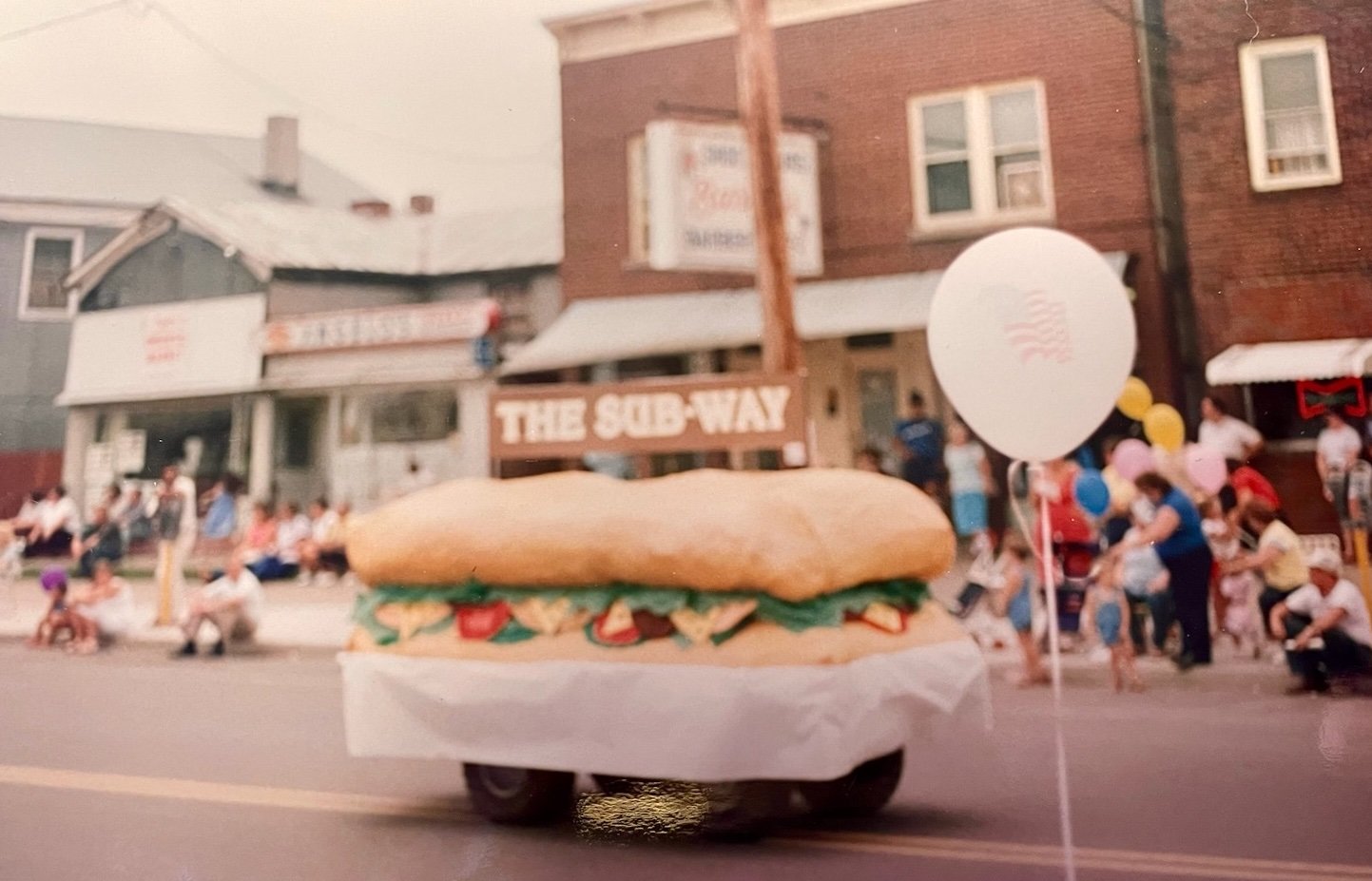 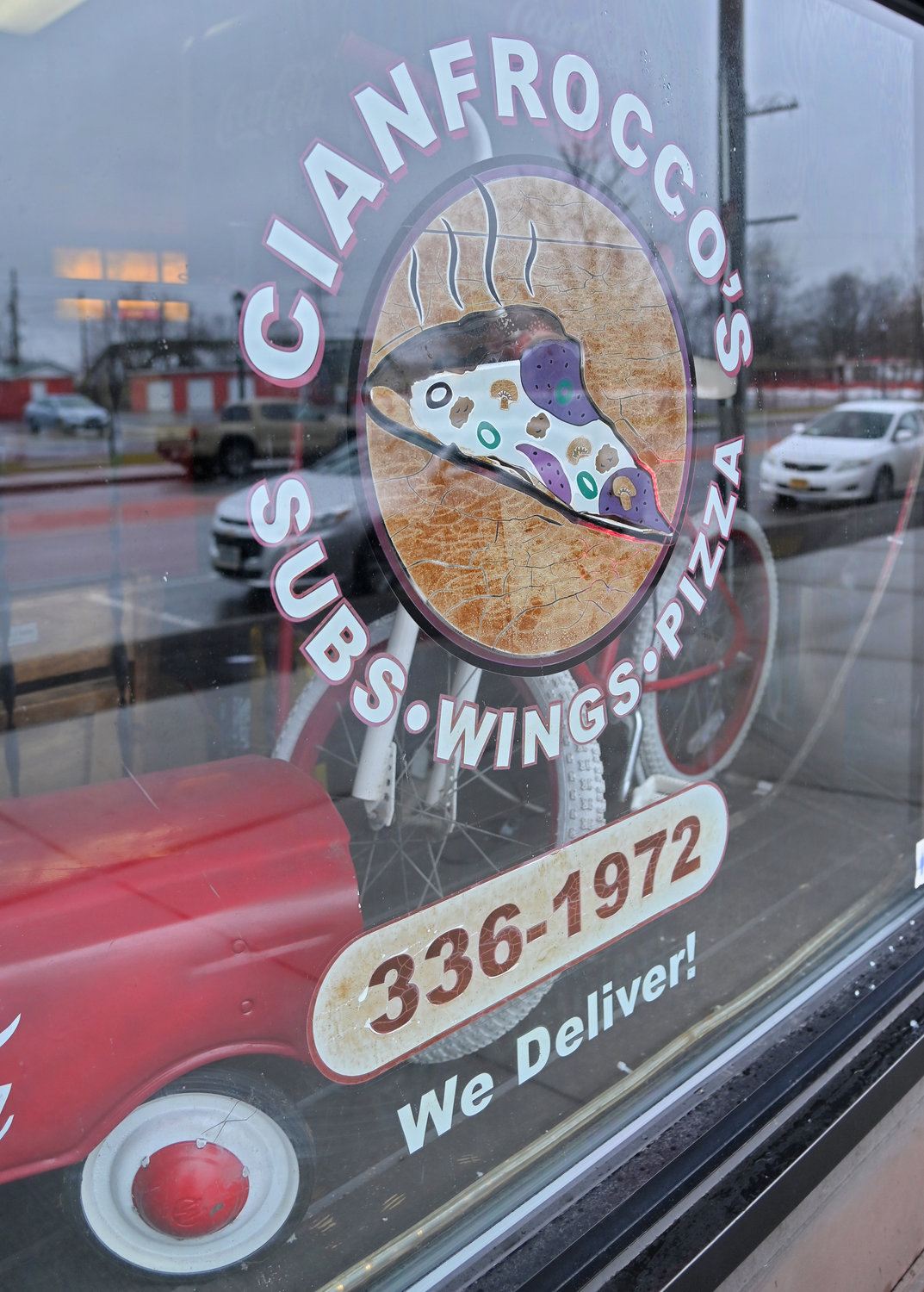 ROME — It once went by a different name, but today a popular Rome restaurant still known for its speciality submarine sandwiches and chicken wings, Cianfrocco’s Subs, Wings & Pizza, 235 E. Dominick St., is celebrating 50 years in business.

With daily specials hungry customers can still count on, Cianfrocco’s has maintained its status as the “staple of East Rome.” Owner Ann Cianfrocco said her restaurant was the first in the city to start food deliveries, which it still continues well into the late hours.

But the eatery didn’t always go by the family name. In it’s early years, the sandwich shop was known as The Sub-Way, when her late husband, Rich Cianfrocco, took it over. Ann and Rich Cianfrocco ran the restaurant together until Rich’s passing in June 2017.

“Paul, my husband’s cousin, opened the shop, and Rich helped out there for a year, and then Paul didn’t want it anymore,” Ann explained.

That’s when Rich took the shop and renamed it The Sub-Way. At first, the restaurant only specialized in submarine sandwiches and chips, but would later expand its menu to include wings, and eventually pizza, upon customers’ demands.

Running a restaurant with her husband wasn’t Ann’s first dream. She said she actually went to school for fashion design and with a friend, opened up a seamstress shop on West Liberty Street during Urban Renewal. But when The Sub-Way opened under Rich’s ownership, Ann soon went to work alongside him. Rich opened The Sub-Way on his birthday — Feb. 12, 1973.

“In the late 70s or early 80s, we started doing wings — we got the Anchor Bar’s (in Buffalo) recipe,” said Ann, referring to the Western New York restaurant where the concept of cooking chicken wings in a hot, peppery sauce was born.

Ann said customers expressed their desire to order pizza along with their wings — a favorite combo — but the Cianfroccos hesitated because close friends owned a nearby pizza parlor.

“Then we started chicken fingers, which have always been a good seller,” said Ann. “We usually sell them in orders of five, but people will get them in the 20s and 30s.”

Among Ann’s saved memorabilia, including photos and old newspaper clippings of stories and advertisements, she showed off a special bumper sticker that reads, “If the Colonel (of Kentucky Fried Chicken) had Cianfrocco’s recipe, he’d be a general.”

In June of 1978, The Sub-Way would suffer a devastating fire that destroyed the sandwich shop. Ann said someone broke into the business and set it a-blaze.

“We were out of business for three months,” she recalled. “But we were able to come back from it.”

It was in 1993 that The Sub-Way would become a name of the past. It was that year that the Subway chain of restaurants was approved to open its first franchise in Rome at 204 E. Thomas St. Ann said the chain actually paid the Cianfroccos to change their restaurant’s name. The eatery from that day forward would be known as Cianfrocco’s Subs, Wings & Pizza.

“We figured, ‘Why not go by the family name?,’” said Ann. “There won’t be any other restaurant around with that name.”

Today, Ann said she enjoys seeing old customers who make it a point to stop by their shop for their favorite subs, pizzas and chicken fingers. And in July of 2014, Cianfrocco’s celebrated the completion of its remodeling project, including a new store awning.

“We’ll get people who’ve moved away, or once worked over at the base (former Griffiss Air Force Base), who make sure they stop back when they’re visiting the area,” the owner said. “We’ve served generations of families.”

Ann doesn’t plan on changing anything on Cianfrocco’s iconic menu, and will continue offering daily specials and delivery service into late at night. She prides herself in knowing that during the height of the COVID-19 pandemic in 2020, Cianfrocco’s was able to remain open for pickups and deliveries of neighbors’ favorite eats.

“People like our subs and wings, and we try to give them good service and great hours,” Ann said. “Our delivery service is open until midnight on Fridays and Saturdays, and we’re just closed on Sundays, although we are planning to stay open for Super Bowl Sunday and offer a special.”

Asked what Ann has enjoyed most about running Cianfrocco’s, she said, “I’ve made a good living, and I enjoy seeing my customers. Fifty years is a long time, and I appreciate all my loyal customers who supported my business all these years.”