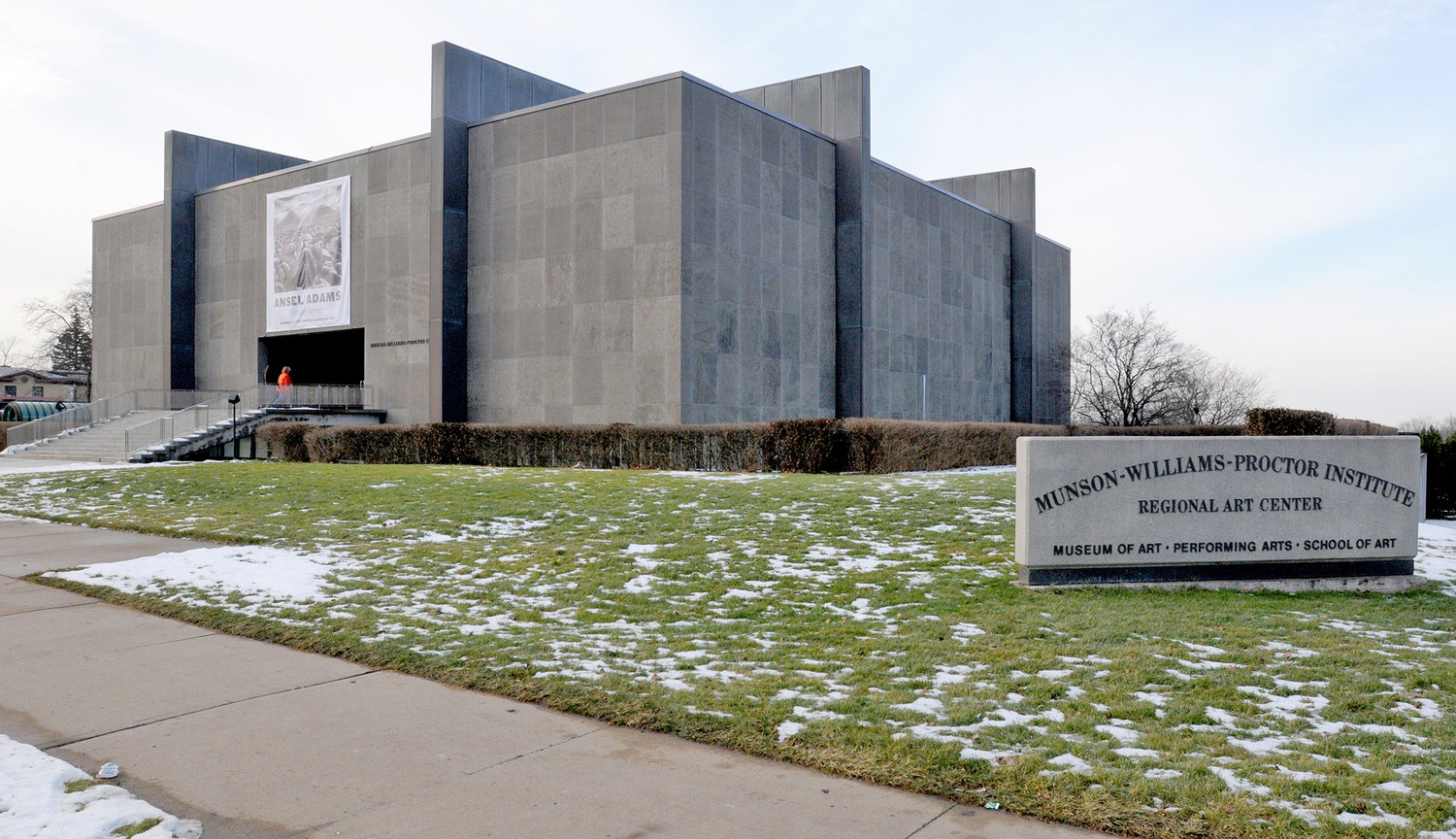 CHANGES IN STORE — A portion of the Munson-Williams-Proctor Arts Institute campus is shown in this view from Genesee Street. While most passers-by are familiary with the front of Utica’s iconic cultural landmark, the campus extends nearly 10 acres — and a master plan is being developed to enhance the institute’s connection to the community.
(Sentinel file photo)
Posted Wednesday, January 19, 2022 8:30 am

Munson-Williams-Proctor Arts Institute in Utica is seeking public input regarding an extensive campus master plan that will transform its public areas into vibrant community cultural and entertainment spaces, increase accessibility and serve as a catalyst for neighborhood revitalization.

Munson-Williams officials and representatives from Cooper Robertson, an international architecture and urban design firm headquartered in New York City, will meet with regional leaders to learn their perceptions of Munson-Williams, hear about their experiences engaging with the Institute and its campus, and discuss their ideas on how to improve it for the future.

“The Munson-Williams campus will more fully represent the vibrancy and culture of the Institute, the neighborhood, and the greater Mohawk Valley,” said D’Ambrosio.

Michael Aziz, partner and director of Campus Planning for Cooper Robertson, said a comprehensive master plan can give shape and expression to its role as an important cultural district.

“This project will be about making the entire Munson-Williams environment into a more welcoming destination, and we see so many opportunities for the campus to open up, embrace a broader community, and strengthen its role as an anchor for the neighborhood, the city, and the region,” he said in a statement.

Aziz said the company is also eager to meet with area leaders.

“There’s a diverse array of stakeholders in the Utica area, and we’re hoping to connect with and learn from them,” he said.

“We’re also eager to hear from business leaders, other arts institutions, and government representatives in Utica and the surrounding region on how Munson-Williams can better support these groups’ goals and initiatives as a partner, and how its role as a cultural arts district can more effectively serve Utica’s continued revitalization,” Aziz added.

“The Munson-Williams-Proctor Arts Institute is a gem and tremendous quality of life asset for our community,” said Utica Mayor Robert Palmieri in a statement.

“It is exciting MWPAI is planning to expand its art campus.  The city values its strong relationship with MWPAI, and we will continue to work with its leadership team in support of this great project,” the mayor added.

Enhancing the Munson-Williams campus role as a neighborhood anchor and community focus while making the campus more welcoming and visitor-friendly;

Exploring classroom/studio utilization so that the School of Art will continue to attract top students to the Pratt MWP College of Art and Design while balancing the needs of the Community Arts Education programs;

Evaluating existing land use and developing a conceptual framework plan for vehicular and pedestrian flows, and identifying opportunities for improved green spaces;

Categorizing and prioritizing capital improvements to establish a long-term strategy for future investment;

Identifying potential improvements to facilities beyond what Munson-Williams has already documented; and target future space needs.

The project will also include the construction of the Munson-Williams Park, taking underutilized land on the front grounds of Munson-Williams and creating a 49,000 square-foot public-access space stretching from the front of 324 Genesee St. to Cottage Place.

The area will feature new landscaping, lighting, and sculptures, and will utilize the Museum of Art’s familiar staircase as amphitheater seating for events. It will be anchored by the 19th-century Fountain Elms building and the Philip Johnson-designed Museum of Art, which are free and open to the public. Both buildings are on the state and national registers of historic buildings.

As the largest expanse of green space on Genesee Street, the park will help renovate the Oneida Square neighborhood and create an inviting gateway to downtown Utica. The park will be activated with new programming including festivals, block parties, light shows, art demonstrations and installations, pop-up events, and free public performances, in cooperation with local partners.