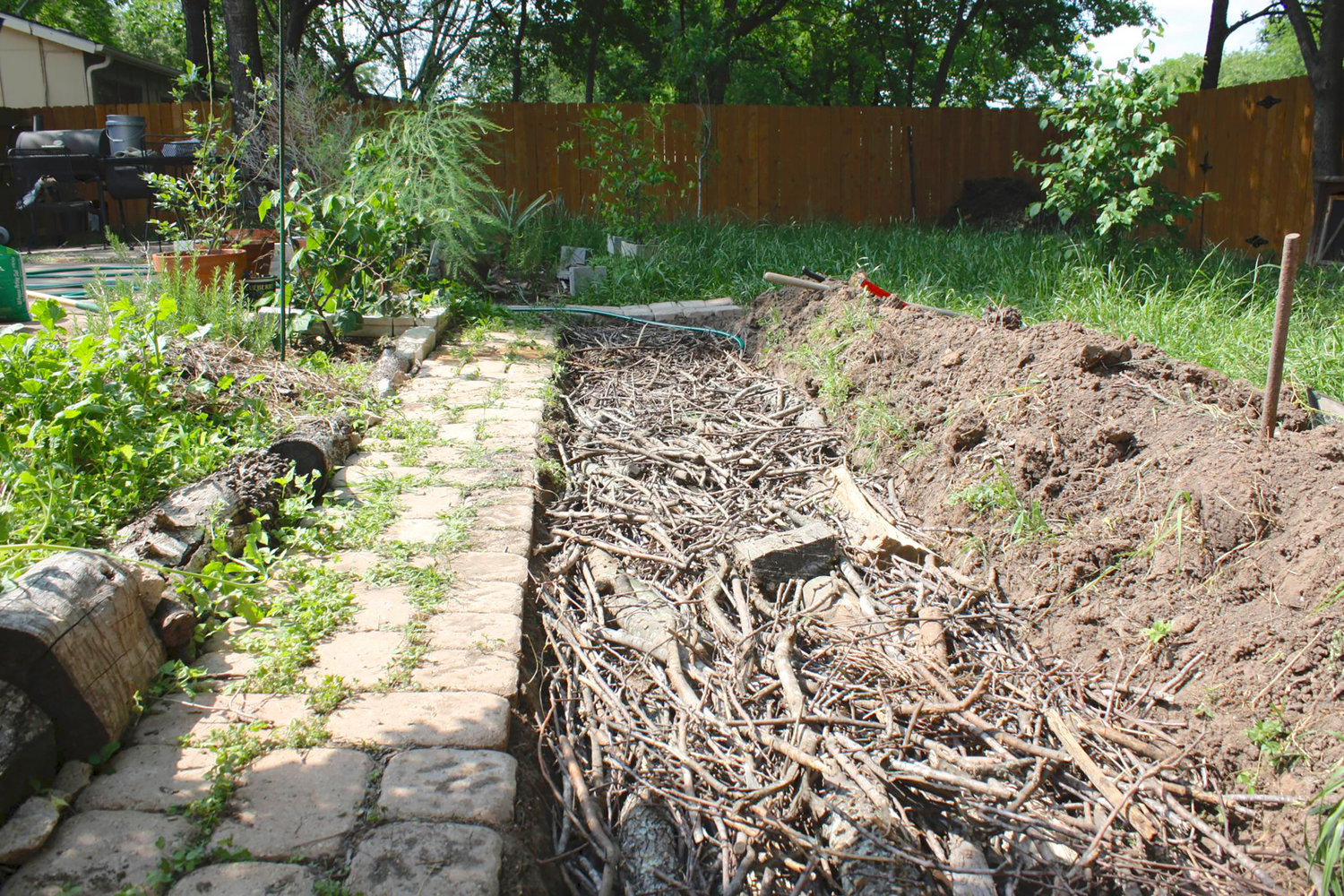 I don’t have a giant property, so I strategize to get the most use of the garden I have, and that includes planting vegetables and herbs in raised beds and containers.

I’ve been growing edibles in two 4-by-4-foot cedar boxes that my husband built about 10 years ago, and every few years, I invest in copious amounts of compost and organic topsoil to refill them. Some friends garden in much larger beds and the cost to fill them would make your salad spin.

A better method, “Hugelkultur,” is said to have been used in Germany and eastern Europe for centuries as part of a more extensive permaculture system, which maintains that nature should be left to do its own thing with as little human interference as possible. That includes allowing logs, branches and other plant debris to decompose into nutrient-rich soil, as it would on a forest floor, which is arguably better than anything that comes in a bag.

Hugelkultur, or “hill culture,” has been a darling of the permaculture world since the 1970s, but has been gaining mainstream and social-media attention lately.

It can be used in raised beds or in mounds (or berms) directly on the ground.

Here’s how it works:

Instead of filling deep raised beds solely with purchased soil and compost, create a layered foundation of yard waste to reduce the amount of soil needed and increase nutrients and plant yields.

Start by building about 40 percent of the depth of your box with a base layer of old firewood or logs from hardwood trees like maple, oak, poplar or birch (bonus points if the wood is rotted). Softwoods from needled evergreens are also acceptable but will decompose more quickly. Never include pressure-treated wood, which contains toxins; wood from black locust or redwood trees, which are decay-resistant; or wood from allelopathic trees like black walnut, which release growth-inhibitors into the soil.

Top the logs with smaller pieces of wood, like fallen branches, twigs and sticks to comprise the next 10 percent of depth.

Next, add a layer of leaves, grass clippings, and other soft plant debris, plus kitchen scraps like fruits, vegetables and eggshells (never include meat, oils or animal products like cheese, or dog or cat droppings). Ensure these fresh ingredients also fill spaces in the woody layer beneath them —and then water the pile well.

Finally, add a layer each of compost and topsoil in equal amounts, wetting each layer as you build.

If you’re making a free-standing mound, decide how big you’d like it to be and dig a 1-foot-deep trench as its foundation (save the sod if you are removing turf grass). Keep in mind it will be easier to plant and harvest on your mound if it’s no more than 3 feet tall.

Fill the trench with logs, and top with a thick layer of twigs, sticks and branches. Top the woody layers with upside-down sections of the removed sod, or cardboard, and cover with kitchen scraps, compost and topsoil, as above, watering and tamping down as you go. Aim for a mound that’s wider at its base than its top. To maximize gardening space, plant the sides as well as tops of berms.

As the organic matter in Hugelkultur beds breaks down, the height of the mound will sink; simply top off with compost as needed. That decay will also warm and aerate the soil, drastically reduce the need for irrigation (starting in the second or third year), and provide plants with a long-term supply of nutrients (fertilize regularly during the first two growing seasons, before decomposition really gets cooking).