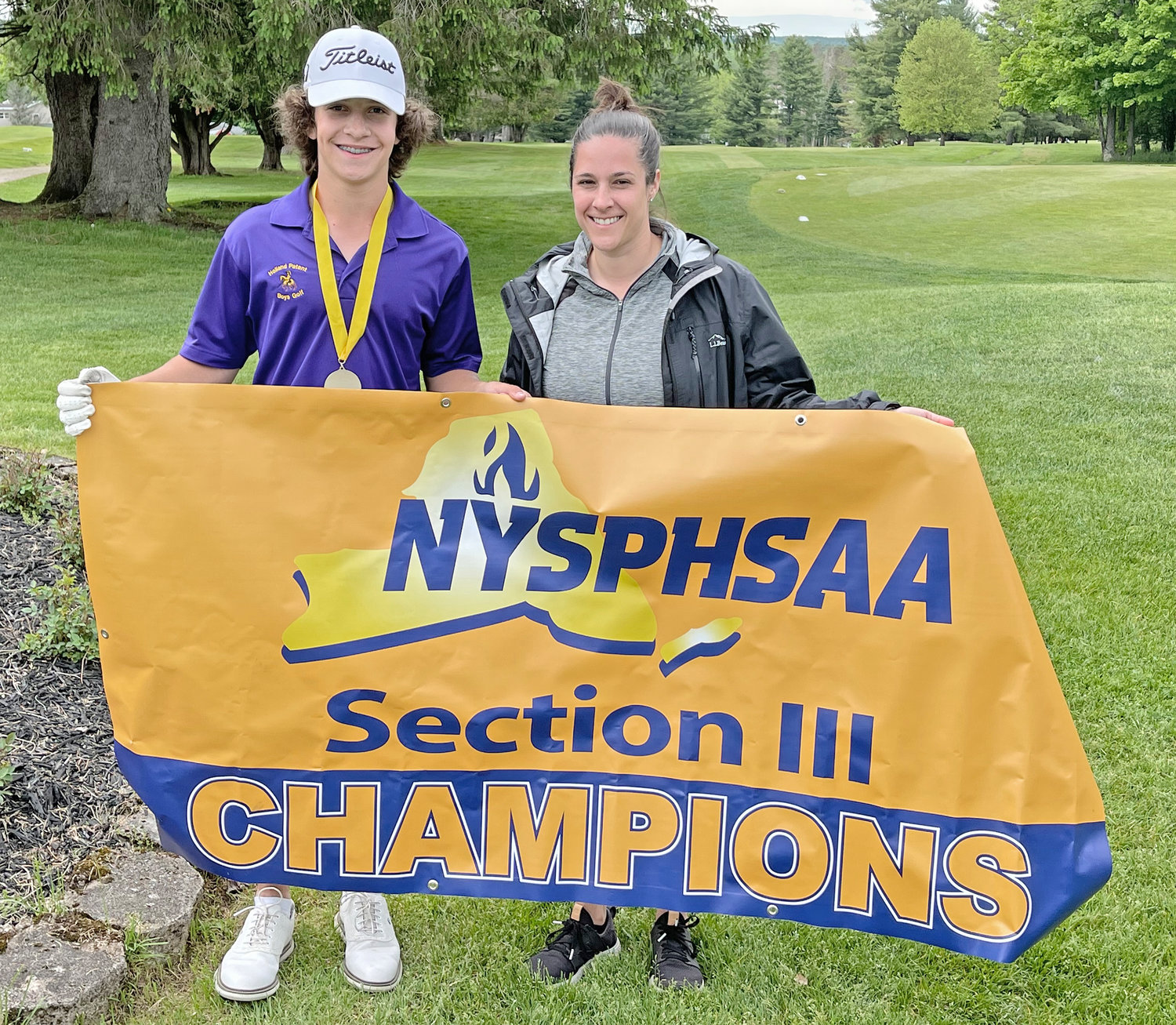 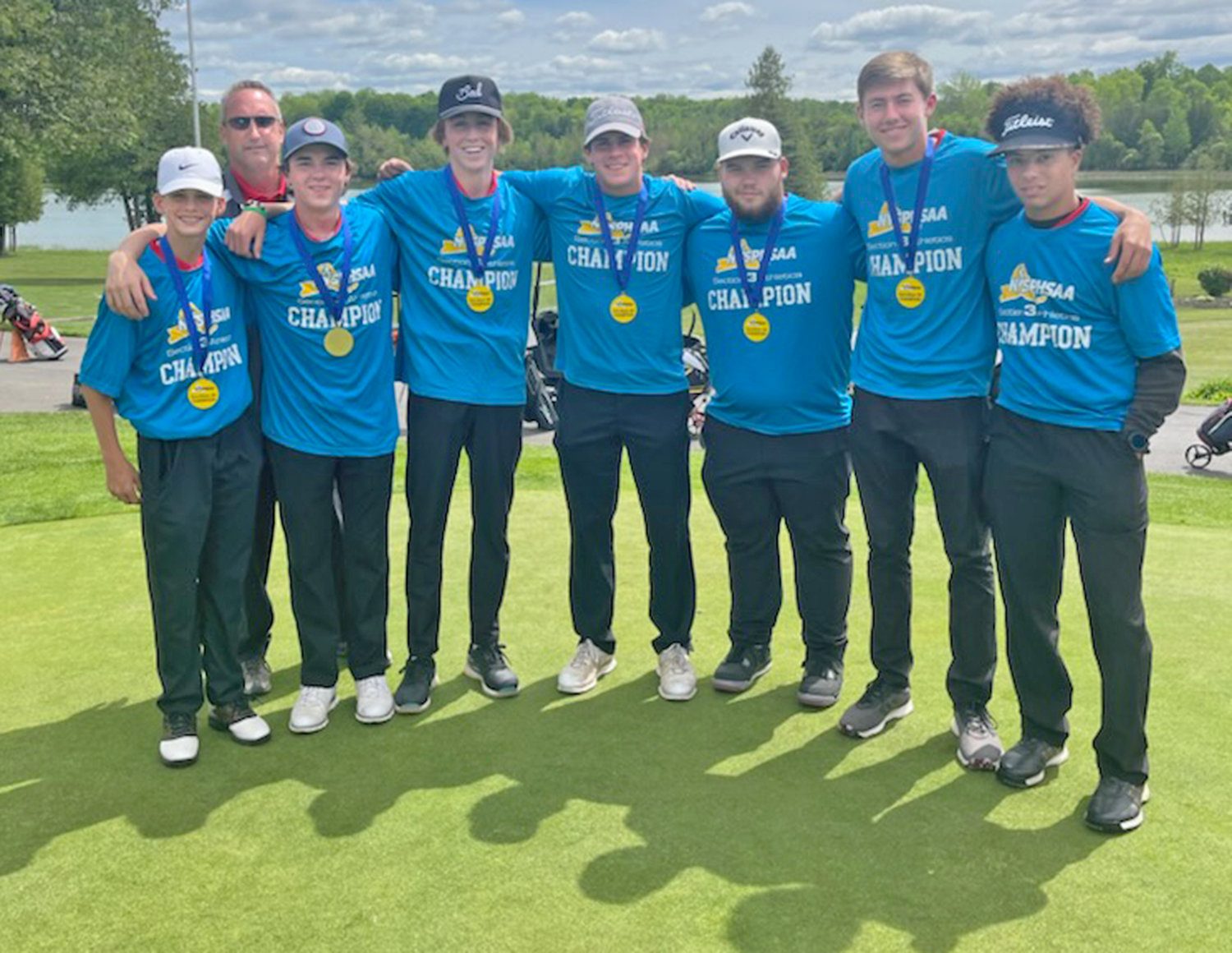 South Jefferson won the Large School Title with a five-player total of 466. In second was General Brown with a 471. The third place team was Adirondack with a 497. Lowville took fourth with a 509. Watertown was fifth with 526.

Old Forge won the Small School Title with a 477. Thousand Islands was second with a 545. In third was Alexandria with 552. Sandy Creek was fourth with 555. Remsen shot a 588 for fifth.

Waterville’s Gavin Poyer, a junior, was the medalist with a one-over 73.

New Hartford had a score of 431. Whitesboro was one stroke behind at 432. Vernon-Verona-Sherrill shot a 501 and Central Valley Academy had a total of 505. Rome Free Academy shot a 554.

The tournament was held at the Utica Parkway tennis courts.

The teams were tied 2-2 after a quarter and 4-4 at the half. RFA scored twice in the third to lead 6-5 headed into the fourth quarter. But Syracuse outscored the Black Knights six to one in the fourth to earn the win.

The Vernon-Verona-Sherrill girls golf team had the best score in a tri-match Friday against Holland Patent and Central Valley Academy at Kanon Valley Country Club in Oneida.

The schools scored with boys and girls teams combined.