How the Thruway changed Westmoreland

My grandfather, Ken Spaven, thought it was ironic that he went to work for the Texaco station on the Thruway in the late 1960s. When it was built in 1954 it cut through the Spaven family farm and …

How the Thruway changed Westmoreland

My grandfather, Ken Spaven, thought it was ironic that he went to work for the Texaco station on the Thruway in the late 1960s. When it was built in 1954 it cut through the Spaven family farm and ultimately destroyed the business.

My mother, Denise Klopfanstein laughed as she recalled a bit of sweet recompense, he was able to get thanks to his job.

“Sometimes we would get on the Thruway in Utica or Vernon and when we would come home we would stop at the gas station and he would open the (employee’s) gate and get off without paying,” she told me. “It seemed so daring but it was probably only about two dollars.”

In October, Dave Schieferstine presented an excellent idea for our Westmoreland Historical Society meetings. Each month we choose a road in Westmoreland, we individually research it or gather our personal memories and reminiscences of the road, then share what we come up with at the following meeting. We will also share them on our social media page: facebook.com/WestmorelandHistoricalSociety/

When we met on the first Thursday of November we discussed the New York State Thruway.

Dave’s mother, Ann West, grew up on Spring Road and Reber Road, a quarter of a mile from where the Thruway was being built.

“With a car,” Dave answered. “In my mother’s yearbook it said that she wanted to be a ‘woman stock car driver’!”

“Tell them the other story too,” Nancy urged. “This is a good one too. Let him tell us this one.”

“Well he’s dead, he’s gone!” Nancy burst out and we all laughed.

“OK, Leo Wierzbicki lives on our road. He told me that they landed Mr. Burns’ airplane…” Dave started again.

“Not Mr. Burns it was Mr. Brown,” Nancy said. “Buzzy who lives across the road from me, her brother was an airline pilot…”

“They landed an airplane on the Thruway.” Dave said.

“Her name is Elizabeth,” Nancy said into my phone.

“…and Elizabeth/Buzzy’s brother was a pilot.” I said trying to ‘un-confuse’ myself. “That’s part of what it was for through? It was to land planes.”

“Every so often it had to have a five-mile stretch without a bridge so they could land planes on it a time of war,” Dave said.

“See, it was the Cold War,” Nancy explained.

“That’s one of the reasons we got a lot of roads cut off in Westmoreland,” Dave said.

Before the Thruway came through, Springhouse Road ran all the way from Vernon to Jenkins Road. Spring Road only came into existence because it was bisected from Springhouse Road. Also, Albrecht Road used to connect with Jenkins Road at the Lowell Road intersection.

“Now it just comes off Eureka Road then it stops at the Thursday and it’s done,” Nancy said.

“That’s near the official start of the whole thing,” Dave said. “The governor came to Lowell and stood in the bridge and dedicated the whole New York State Thruway.”

Betty Barron, our Historical Society Treasurer, cleared her throat to get our attention. She unfolded a sheet of notepaper and began to read what she had written.

“Governor Thomas E. Dewey Thruway built in the early 1950s is one of the oldest components of the National Highway system and one of the longest toll roads in the nation. The first section of the Thruway between Utica and Rochester opened on June 24, 1954, and it was a one-hundred-fifteen-mile stretch.

“My memories of the Thruway is being there on the day it was opened at Lowell, NY. A friend and I rode in the car with Mr. Leonard Murphy and Lynn Nooser. Mr. Murphy was the town supervisor. We rode to Lowell NY, stopped at the bridge over the Thruway for the dedication program then we rode to Canastota where Mr. Murphy said, ‘I think we’ve gone far enough.’ So home we went.

“I also remember all the chatter in town about how now that we had an exit here in Westmoreland, Westmoreland will begin to grow, which it didn’t…”

All of us gathered around the table laughed.

“Now it’s growing, we’re getting a Dollar Store.” Someone said.

“It also brought new faces and traffic into town,” Betty continued reading from her notes. “One new face was a cute surveyor named George Haines. He would always be at the corner store on my way home from school for lunch. We soon began talking and of course, he was interested in the girls. I was going with Ray (Barron) at the time, so I was taken, but I did introduce him to my schoolfriend Claire Besig believe it or not they went together for some time and were eventually married.”

Everyone was completely charmed by Betty’s story.

“This is what needs to be recorded and preserved,” I said. “These are the real stories.”

“Like how it cut off your grandfather’s farm,” Betty pointed out.

It also cut off the Spring Woods, which is behind my house, from being accessible from Graves Road. The ruins of the DeLancey Institute [an elite prep school that flourished in Westmoreland in the 1800s] were bulldozed away by the Thruway construction.

“To get the Spring Woods now you have to go under the tunnel [that allows Succor Brook to flow under the Thruway],” Betty said.

“You used to do that too?!” I said excitedly. “We did that when I was a kid. I still take the dogs through there sometimes.”

One time my great grandmother fell and cut her hand. She ran bleeding all the way home to the family homestead on what is now Creekside Drive. Her mother, my great-great-grandmother, had no choice but to take out her sewing basket and stitch up her injured daughter’s hand. After she was done she fainted while my great grandmother ran back to the woods to play completely unfazed.

We are all united by our shared Westmoreland history, just like our group of friends have been brought together by the Westmoreland Historical Society. Everything that has happened makes us who we are and makes us a town. We are brought together by our shared experiences as well as by sharing our stories of  uniquely personal connections to the history that happened in our town.

“The first Thruway exit was in our cornfield!” Nancy said. “It was a driveway on our property where we planted hay and corn.”

“Everyone got in Lowell,” Dave said. “That was before there were toll booths.”

My father was a toll collector in Westmoreland,” Sandy Rolewicz, our Treasurer said. “You had one week you had to work 7-3, then you’d just get used to it and the next week it would be 3-11, then 11-7.”

“No one wanted to work the night shift,” Sandy said shaking her head. “It was awful. You just got your body used to it and the next week it was changing.”

“Things have changed a lot in almost 70 years, what did people think when it came through?” I asked.

“A lot of the old-timers didn’t like it all,” Betty said. “It was going to change things.”

“Old-timers don’t like change,” someone said and we all laughed again.

“So what did you think of your trip in the Thruway to Canajoharie?” I asked Theresa.

“I was just so thrilled to get in the car and drive for 40 miles!” Theresa said. “People didn’t travel much then. The Thruway changed everything.” 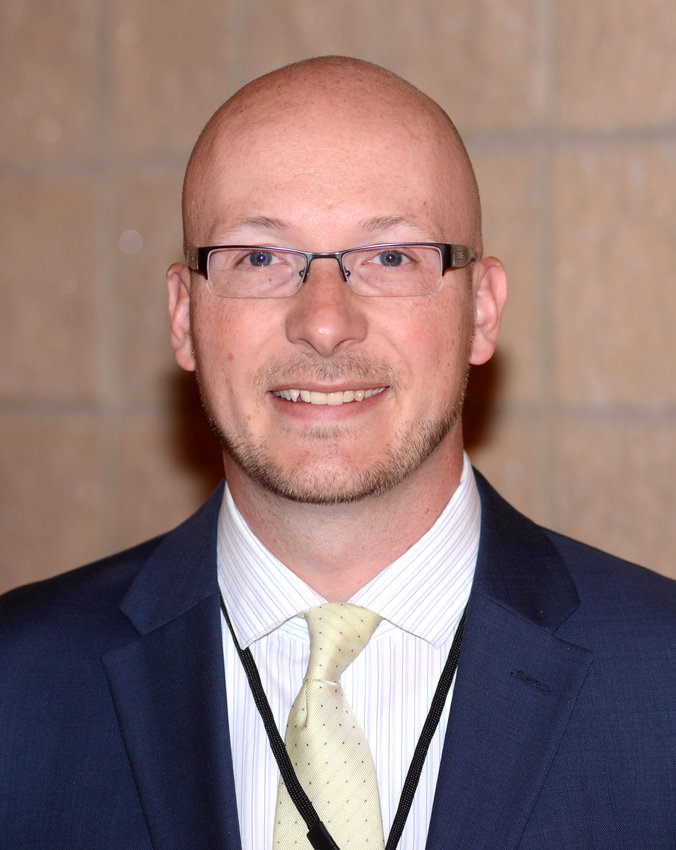 As remote learning arrangements continue during the COVID-19 pandemic, students and families should not be trying to “recreate school at home” in terms of the daily schedule, because it “will …