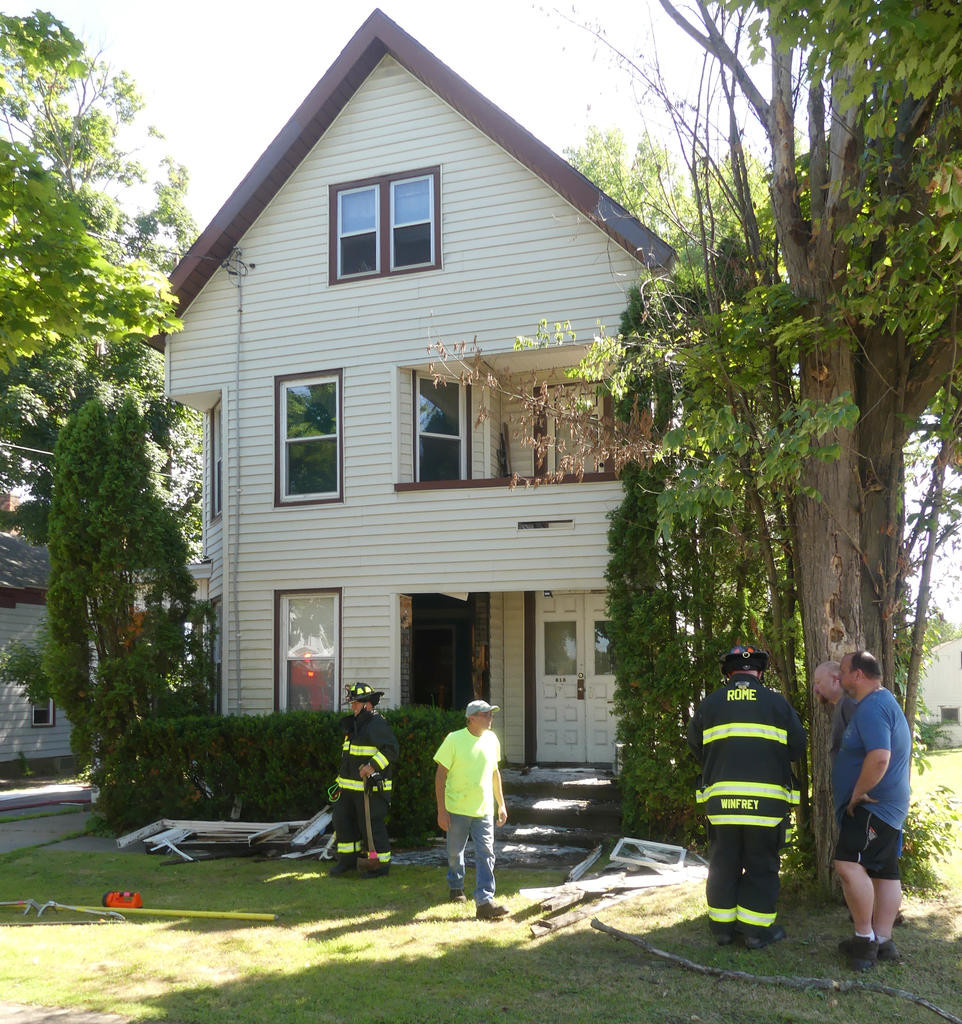 STUNG BY FLAMES — Fire personnel were called to 615 W. Dominick St. Thursday afternoon when a resident attempted to remove a beehive from an inside wall using fire, officials said. No one was injured but fire officials said the fire did some damage to the home and also failed to get rid of the bees. (Sentinel photo by Mac Bullock)
Posted Friday, July 20, 2018 4:00 pm
Sean I. Mills
Staff writer
email • twitter

No one was injured when a resident on West Dominick Street attempted to get some bees out of his wall with fire.

Deputy Fire Chief Thomas M. Iacovissi said the resident at 615 W. Dominick St. attempted to burn a beehive out of his wall at about 3:30 p.m. Thursday. The fire got out of control and started spreading through the wall, he stated.

The chief said the flames spread into the wall and up to a window. The resident called 9-1-1 and fire crews responded, finding smoke both inside and outside the residence.

“A crew went into the inside of the home, removed the sheetrock and put out the fire,” Iacovissi said.

“The bees were not gone. Bees were all over the place.”

Iacovissi said no one was injured and the resident was allowed to stay in the home. According to city records, the property is owned by Clay W. Clemens.

The chief also advised not using fire to remove bee hives inside your home.

“Hire a professional,” he suggested. “Or use a bee spray.”