Horse-drawn steamer will go on display at Utica Fire Academy 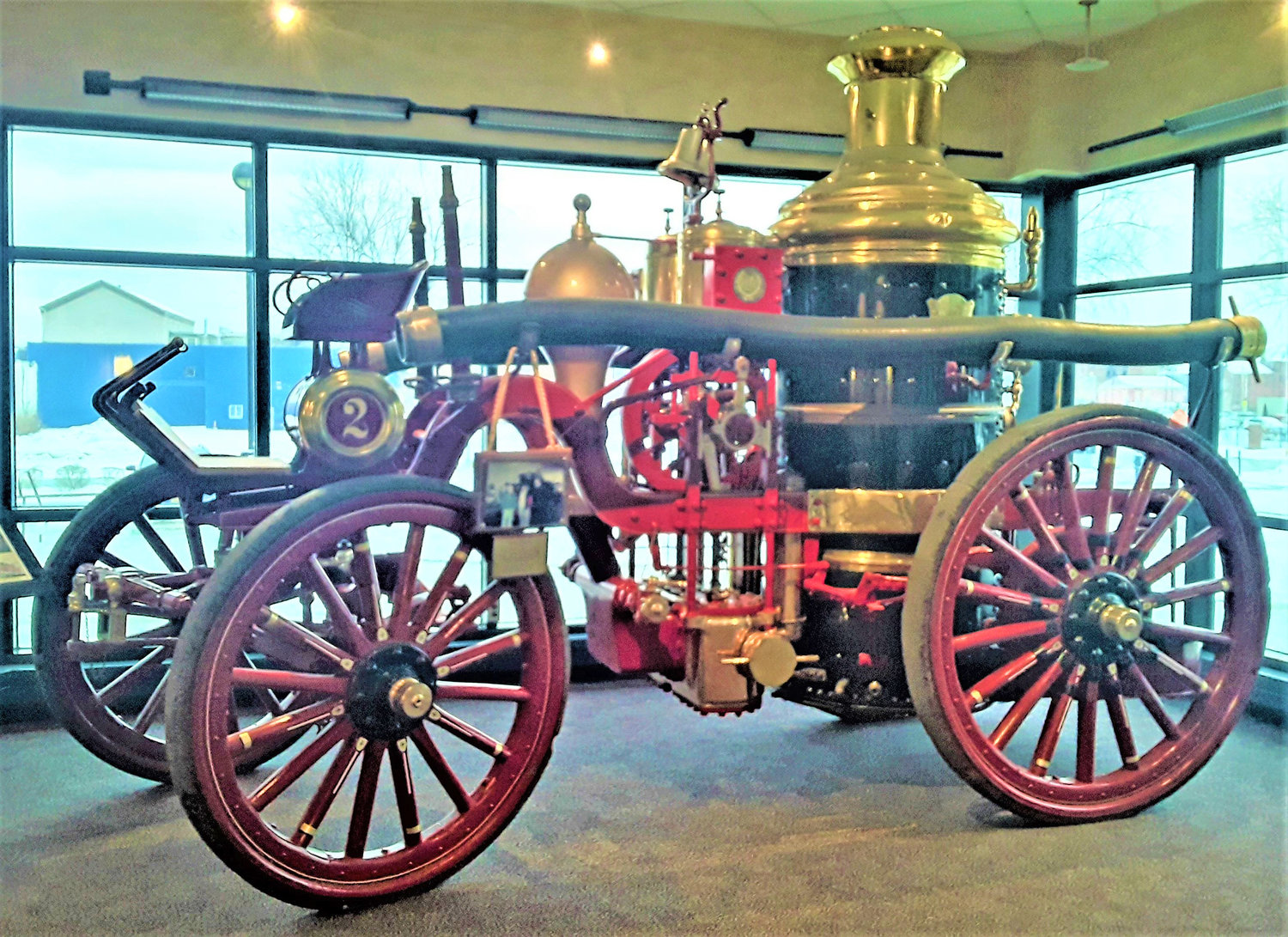 ANTIQUE FIRE ENGINE — More than 100 years have passed since this 1906 American LaFrance Metropolitan horse-drawn steamer engine was first purchased for the Utica Fire Department. After being restored by Utica National Insurance Group, this steamer was on display in their lobby since 2004. On Saturday, the insurance company donated the antique steamer back to the Utica Fire Department, to be displayed at the Utica Fire Academy.
(Photo courtesy the Utica National Insurance Group)
Posted Thursday, March 4, 2021 4:00 pm

UTICA — A steam-powered fire engine from the beginning of the 20th century has been donated to the Utica Fire Department by Utica National Insurance Group.

The donation was made at a small ceremony on Saturday. Officials said the 1906 American LaFrance Metropolitan horse-drawn steamer will go on display at the Utica Fire Academy.

“This is an incredible piece of City of Utica and firefighting history, so it’s only fitting that the engine has been donated to the Utica Fire Department,” said Rich Creedon, CEO and chairman of the board for Utica National Insurance Group.

“It’s certainly an impressive display piece that we’re pleased to pass along.”

According to company officials, the steamer was one of two purchased by the City of Utica in 1906 for the fire department. The steamer was sold for scrap in 1938 but was never dismantled, officials said.

It was later resurfaced in 1976 to be part of the fire department’s national centennial parade, and the centennial committee donated the vehicle to Utica National in 1995.

Utica National completed a full restoration on the steamer and it has been on display in their front lobby in downtown Utica since 2004.