As our country prepares to commemorate the 21st anniversary of 9/11, hundreds of first responders gathered at the Utica State Office Building on Genesee Street to participate in the Central New York Memorial Stair Climb. 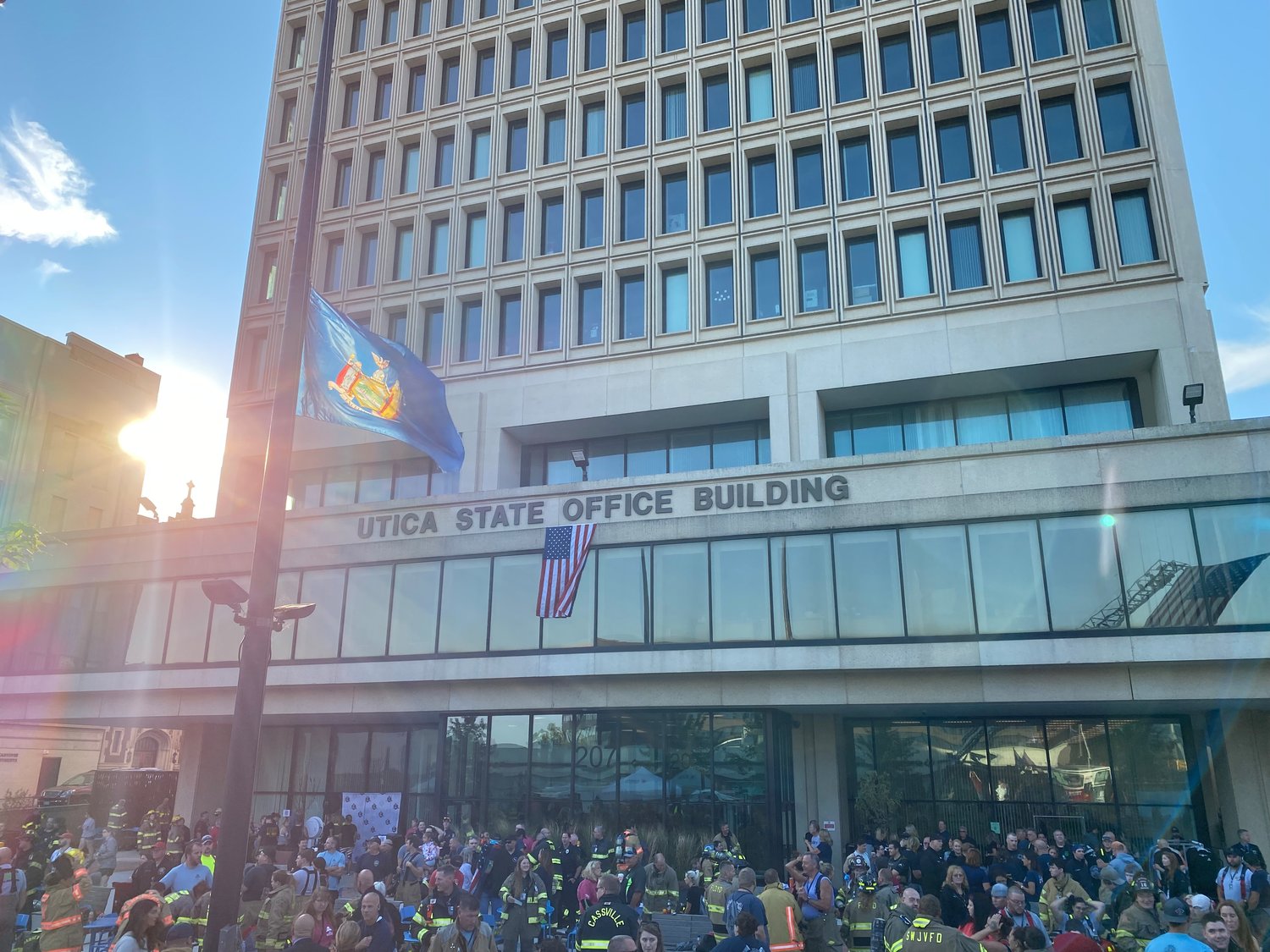 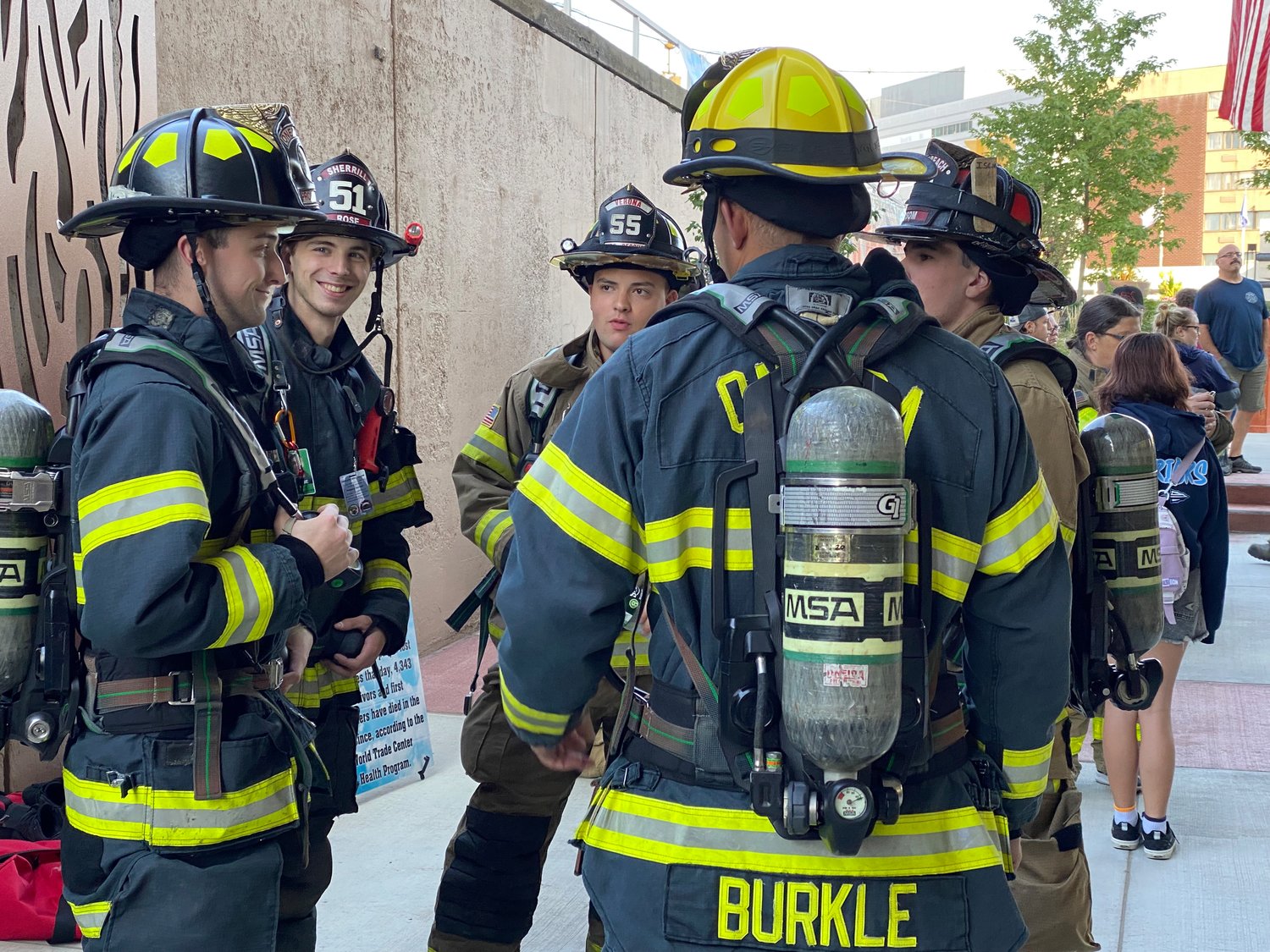 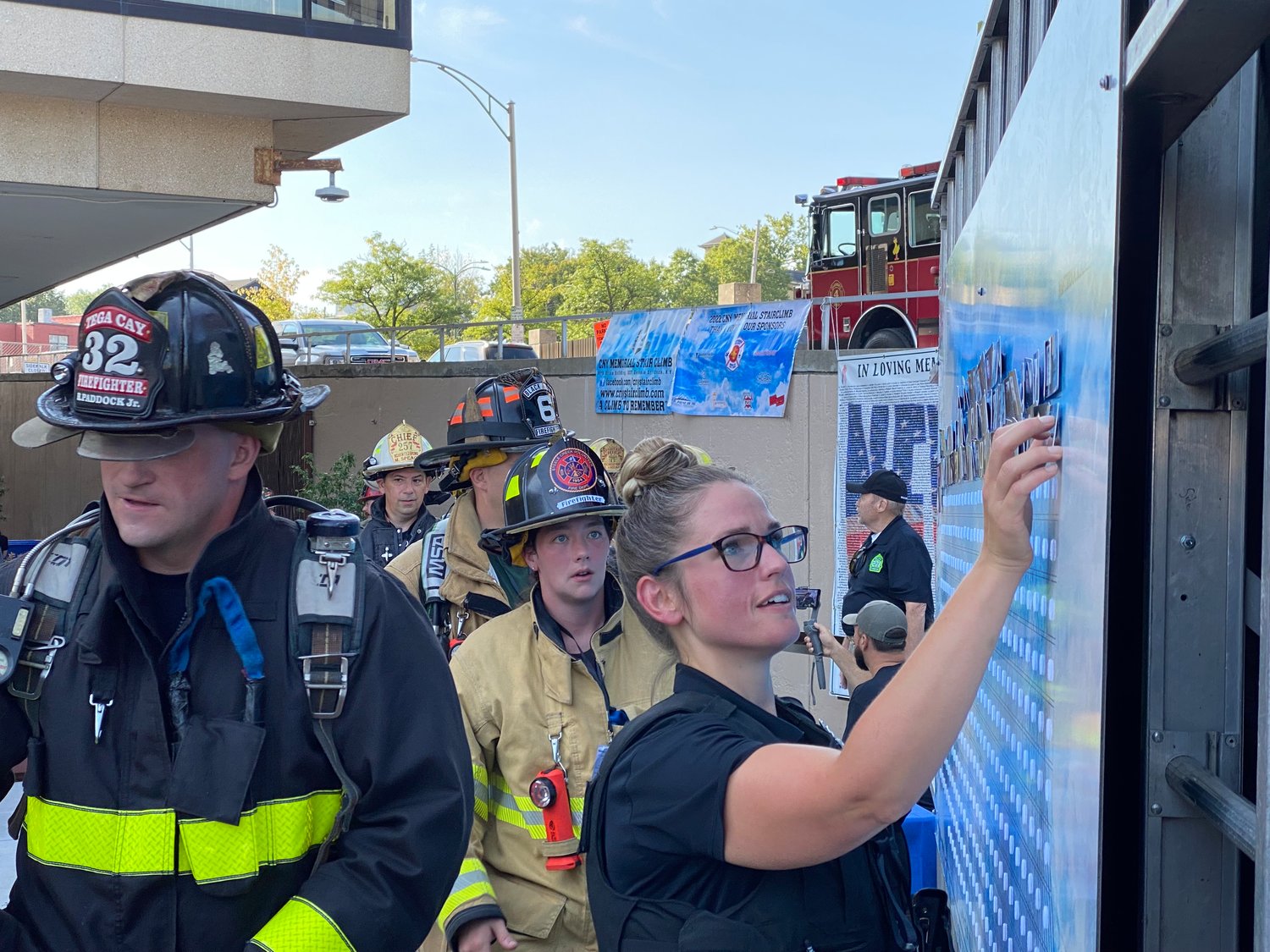 A first responder completes the Central New York Memorial Stair Climb and places the name and photo of a person who passed away during 9/11 on the memorial wall.
(Sentinel photo by Thomas Caputo)
Previous Next
Posted Saturday, September 10, 2022 3:00 pm
Thomas Caputo
Staff writer
email

UTICA — As our country prepares to commemorate the 21st anniversary of 9/11, hundreds of first responders gathered at the Utica State Office Building on Genesee Street to participate in the Central New York Memorial Stair Climb.

The annual event brought first responders from all over as they donned their uniforms and equipment to walk a total of 110 flights of stairs, representing what many first responders experienced during 9/11 when they entered the World Trade Center.

Before the event began, Oriskany Fire Chief and Event Director for the Central New York Memorial Stair Climb Jeffrey Burkhart reminded the first responders of what the event represents and how each of them are honoring the fallen first responders from 9/11 who sacrificed their lives in the line of duty.

Throughout the morning and while first responders were climbing flights of stairs, Burkhart spoke to the crowd of spectators during significant moments of time that happened during 9/11. Moments of silence were then taken in remembrance.

As first responders walked out of the building after completing a 110 flight stair climb, they placed a card with the name and photo of a fallen first responder that they carried with them on a memorial wall and then rang a bell in honor of their service.

Valerie Valent, a volunteer firefighter with the Clark Mills Fire Department, was one of the many first responders who participated in the stair climb.

"I wanted to represent my fallen brothers and sisters in the police department, fire department, EMT, first responders," Valent said, as she completed her first stair climb.

Valent expressed that while she was walking up the stairs of the building, she could feel "everything they went through, the heartache and the fear and everything else," and said the experience was "very emotional" for her.

While the stair climb has been described as both physically and emotionally challenging, Valent encourages other first responders to participate.

"Everybody should do it at least once just to get the feel for what all those responders went through that day."

Among the many spectators in the crowd cheering on the first responders were local elected officials, who came to provide their support. Assemblywoman Marianne Buttenschon, D-119, Marcy, was one of the elected officials present and has been volunteering with the Central New York Memorial Stair Climb since its inception, providing her office space on the fourth floor of the State Office Building for a place to rest during the climb.

"It is so important that we take the time to reflect, not only on the family members and loved ones that have passed, but those that still endure every day thinking how it happened and what types of aspects could be changed," Buttenschon said.

"When you see the first responders, their dedication, their commitment, their hard work, they're the toughest folks going," she added.