Honoring Utica Devils and special jerseys: A look at the Utica Comets’ 2022-23 promotions

The Utica Comets are set to include a dose of hockey nostalgia during the 2022-23 American Hockey League season.

Honoring Utica Devils and special jerseys: A look at the Utica Comets’ 2022-23 promotions 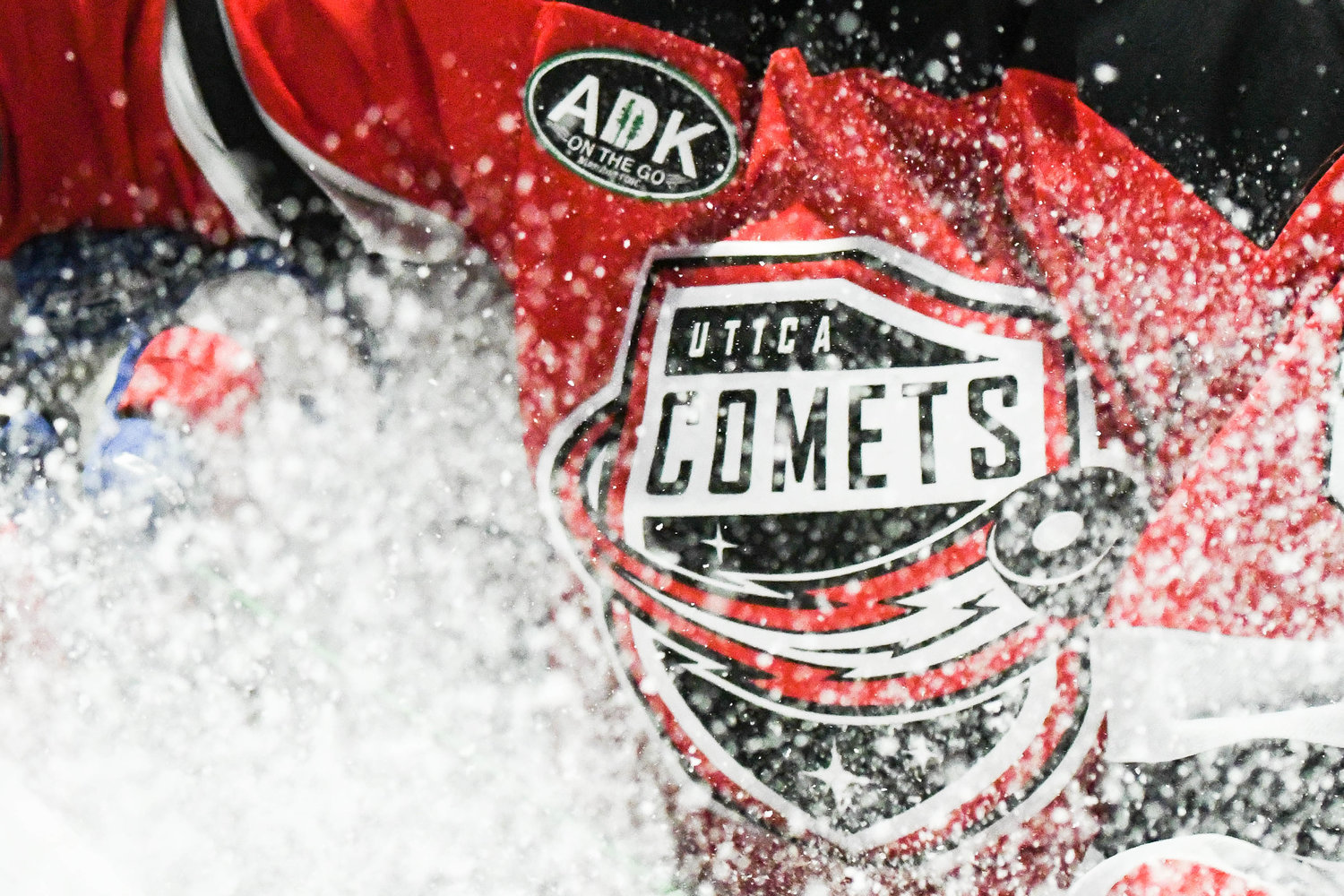 The Utica Comets are set to include a dose of hockey nostalgia during the 2022-23 American Hockey League season.

The Comets — in their 10th overall season in the AHL after the team began play in 2013 — are again honoring part of the Mohawk Valley’s past.

With the Comets entering their second season of an affiliation with the New Jersey Devils, the team is celebrating the 35th anniversary of the Utica Devils. That team was New Jersey’s AHL affiliate from 1987 to 1993. Utica and New Jersey started a new affiliation — announced as a 10-year deal — during the 2021-22 season.

Comets have planned multiple nights for 35th anniversary of Utica Devils.
Notably a young fan gets to help design a jersey for April game pic.twitter.com/WkZjA73aqV

The team said Monday that the 35th anniversary will be celebrated during the season.

The Comets already have nods to the team that previously played at Utica’s downtown arena. First, the team’s 2022-23 home opener against Wilkes-Barre/Scranton is set for Monday, Oct. 17 — the 35th anniversary of the Utica Devils’ first home game. The team is also set to reveal a 2021-22 regular-season North Division title banner at that game.

The Comets also recently unveiled their center ice logo commemorating the 10th season. The presentation includes the Utica Devils’ horned “U” logo where the face-off takes place at center ice.

The first such date when the team plans to “look back on the foundation of the Devils’ affiliation in Utica” will be Oct. 29.

In addition, the team noted four instances of specialty jerseys. As in past seasons, the team is set to wear a “military themed” jersey for Veterans Day on Nov. 11.

Also returning are special jerseys for the annual Save of the Day Foundation week games, which are scheduled for Jan. 25 and Jan. 28.

Another special jersey is planned for “Utica Night” on Feb. 18, which is set to “celebrate everything Utica and the Mohawk Valley.”

The team said there will be an opportunity for one child to help design a jersey the team will wear April 2. That game is set to include an autograph session with the team.

A total of five giveaways were also announced. The first one is set for Oct. 21 with a magnetic schedule giveaway.

Here’s a look at other planned events:

Single-game tickets for the team’s 36 home games went on sale Monday with varying prices on empirestatetix.com.