REVIEW: ‘Honk for Jesus. Save Your Soul’ is some pretty good religious satire

The end of summer is a dead zone for exciting new films, made crystal clear by the under-the-radar release of the good but wholly forgettable “Honk for Jesus. Save Your Soul.”

REVIEW: ‘Honk for Jesus. Save Your Soul’ is some pretty good religious satire 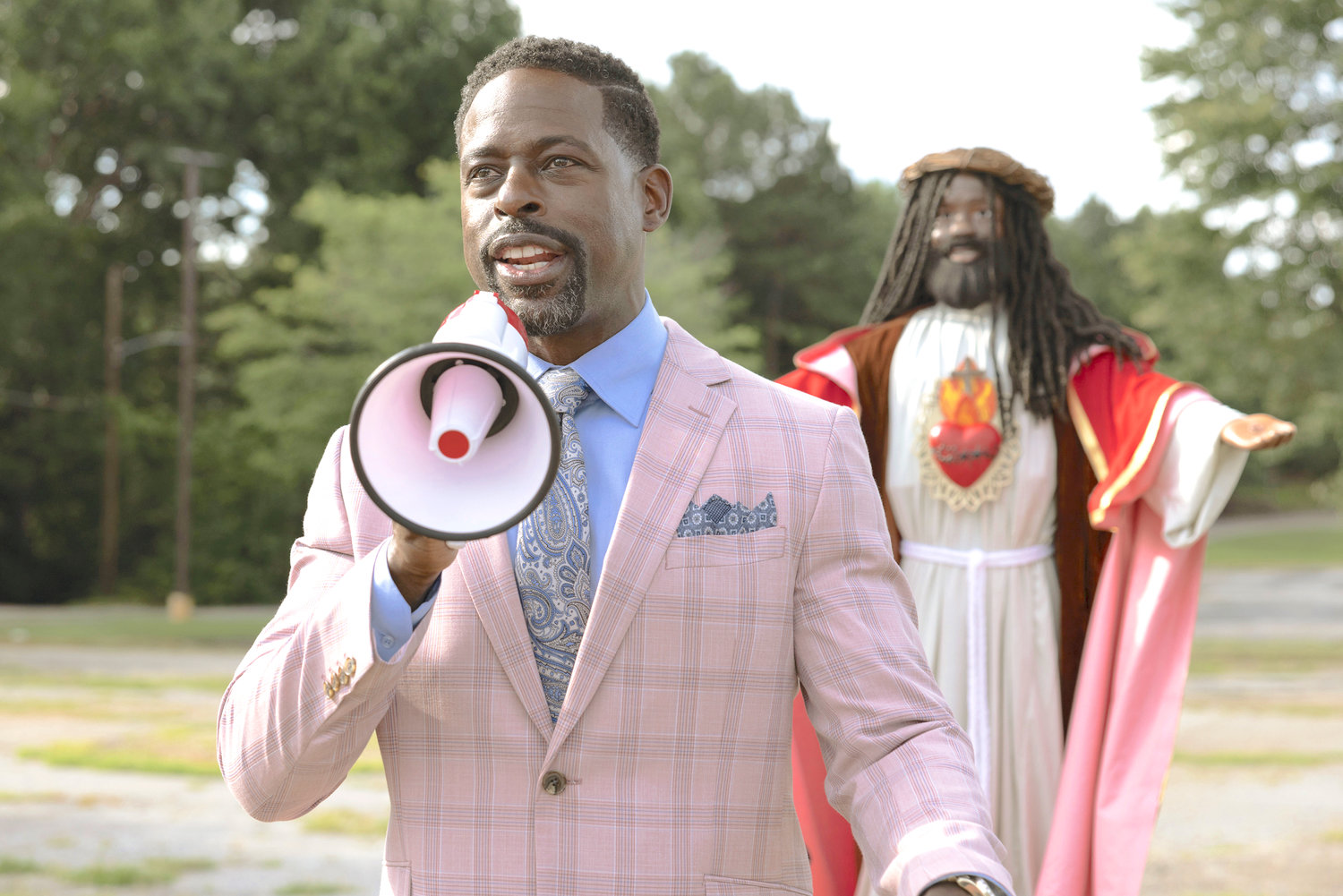 The end of summer is a dead zone for exciting new films, made crystal clear by the under-the-radar release of the good but wholly forgettable “Honk for Jesus. Save Your Soul.”

The existence of those big, for-profit megachurches is a pretty weird concept for anyone who has not fallen under their sway. And revealing that those megachurches are rife with scandal, corruption, and hypocrisy is hardly cutting-edge satire. But an easy target is an easy target, and “Honk for Jesus” hits the bullseye no problem.

The film is done in a mockumentary style, as it explores the attempted comeback of Pastor Lee-Curtis Childs and his first lady, Trinitie, following a devastating scandal involving the good pastor’s proclivities with teenage boys. They were once hosts of the biggest megachurch in the greater Atlanta area, and they are determined, whatever it takes, to regain their former glory.

“Honk for Jesus” rests entirely on the acting chops of Regina Hall and Sterling K. Brown as Trinitie and Lee-Curtis, and they easily carry the movie. Their characters are clearly spelled out and they inhabit every gross, proud, weak, and hopeful turn each character takes. It’s a really neat character study.

And “Honk for Jesus” easily nails the satire it’s going for. As I said, megachurches are an easy target, as is the hypocrisy of religion, and the movie gets it all just right. But it’s not a hard target to hit, and “Honk for Jesus” doesn’t really have anything new to say on the subject.

Sometimes, church leaders are not the paragons of virtue they claim to be. Bless your heart, movie.

“Honk for Jesus” does a fine job of skewering its target with a pair of really strong lead performances. But unless this is a topic you’re particularly interested in, the film doesn’t have much to offer beyond the surface.

“Honk for Jesus. Save Your Soul” is playing in select theaters and is available on the Peacock streaming service.

For more discussion of the film, tune into the Sentinel Cinema podcast at www.ursentinel.com/podcasts