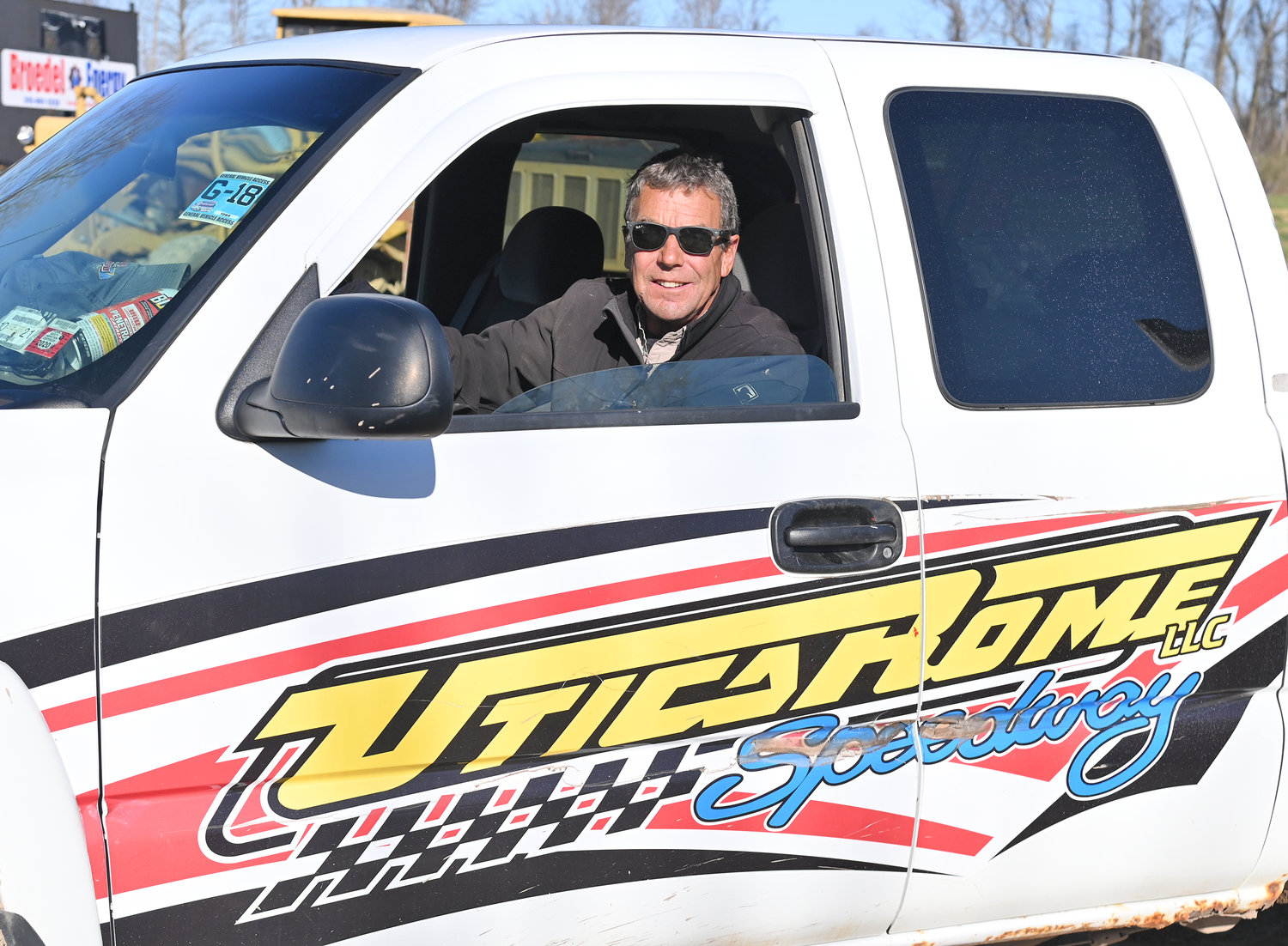 HONORING ALEX — Jamie Friesen, the older brother of Alex Friesen, is pictured in a Utica-Rome Speedway truck. Friesen prepares the racing surface at U-R Speedway that all the drivers love. His late brother Alex will be honored with the inaugural “Honor Alex” 68-lap $6,800-to-win modified feature opener tonight.
(Sentinel photo by John Clifford) 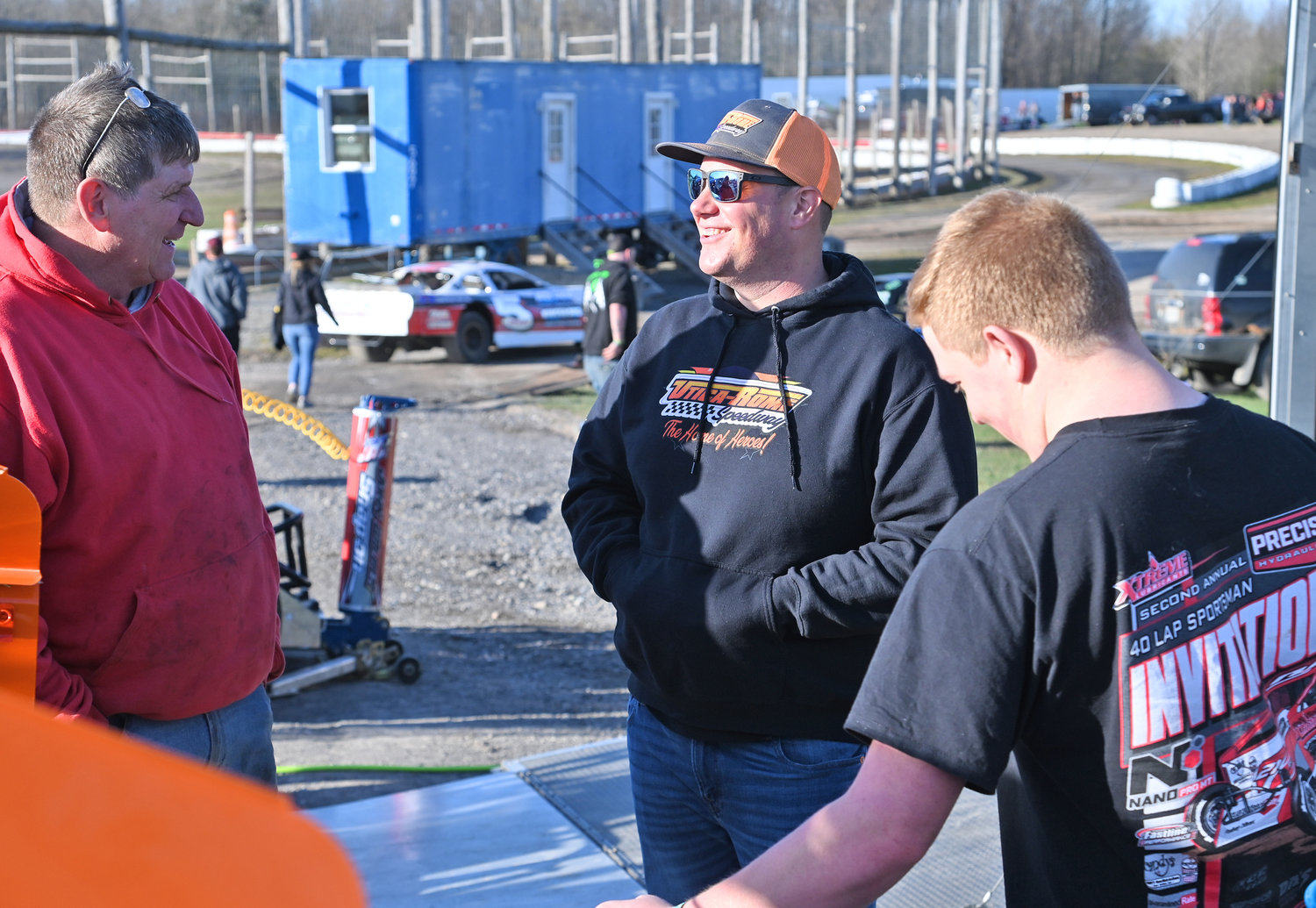 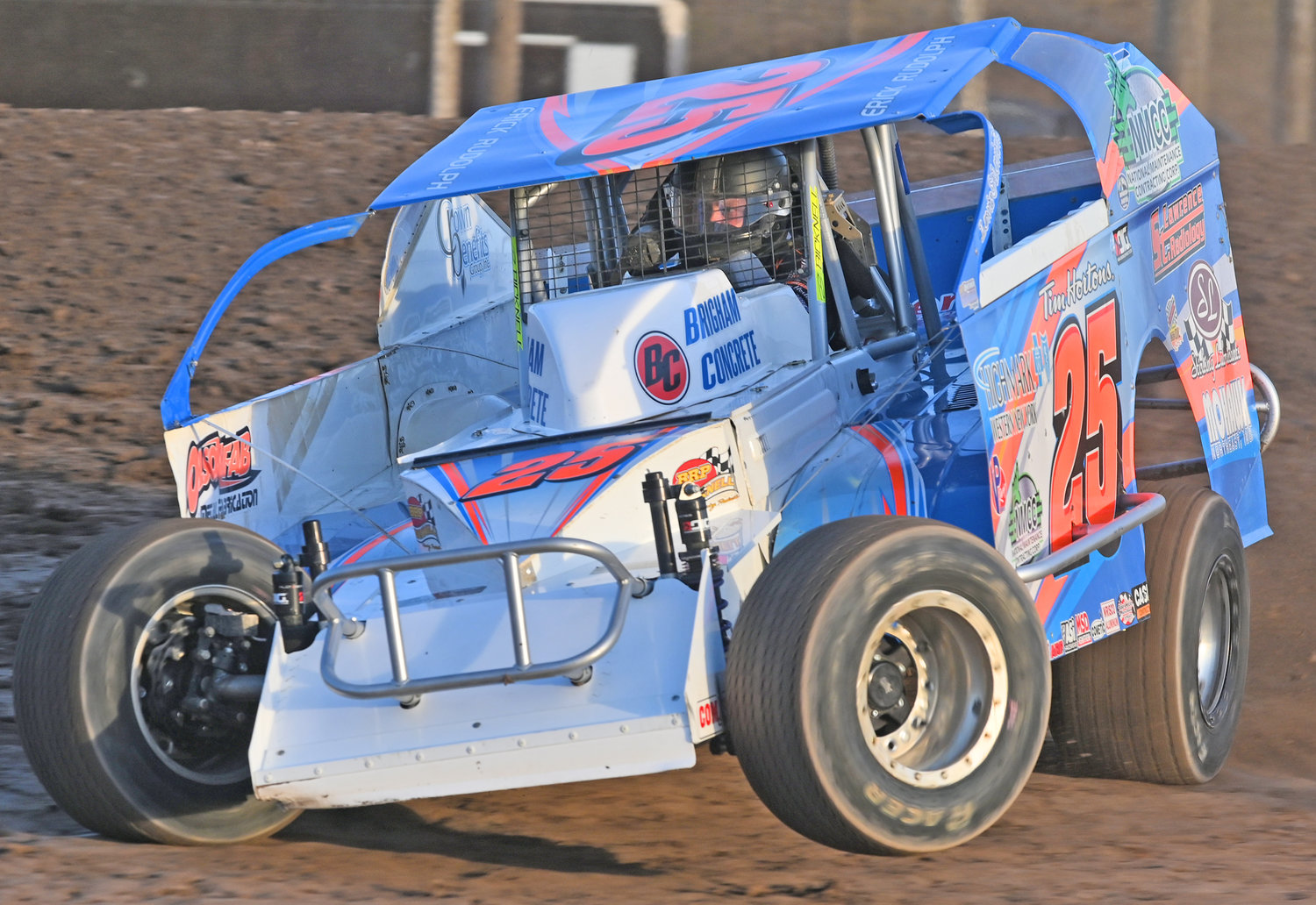 MASHING THE GAS — Former Utica-Rome Speedway track champion Erick Rudolph practices his modified at the "Home of Heroes" last Friday night. Although U-R Speedway won't be his Friday night track, Rudolph will be racing in many of the special shows on the U-R schedule this season.
(Sentinel photo by John Clifford)
Previous Next
Posted Friday, April 29, 2022 7:30 am
John Clifford
Local Motorsports Columnist
email

VERNON — Historic Utica-Rome Speedway opens up tonight with the “Honoring Alex” $6,800-modified race at the half-mile Route 5 dirt track in Vernon that first opened up in 1961 as a 5/8-mile asphalt track.

The 2022 season will be under the guidance, for the second year, by promoter Brett Deyo. By all accounts 2021 was a rousing success. The racing was fantastic and the fans came out in droves after a year of being cooped up by the COVID-19 pandemic.

So how do you improve on last season’s success?

“(The) lights are a big improvement,” beamed Deyo. Deyo spent over $50,000 on new LED lights that were installed over the winter. The lighting will not only be great for spectators, but for the racers too.

The internet and streaming live coverage of the track is important too.

“The more eyes we get watching on Floracing.com,” stated Deyo. “The more people will want to go” and watch the racing action in person.

The biggest keys to making racers happy according to Deyo are “track surface and payout.”

To that end, Jamie Friesen will be back taking care of the track surface weekly and the weekly payout at U-R Speedway is almost double other track payouts. The U-R Speedway also benefits from the biggest name in the sport right now, Stewart Friesen, making the track home when he isn’t at his NASCAR Camping World Truck Series commitment.

Tonight will be a special race to honor Alex Friesen, who was the track promoter in 1996 and died in a snowmobile accident in December 1996. Alex is the younger brother of Jamie Friesen (uncle of Stewart Friesen) who prepares the U-R Speedway track surface each week.

“It has come full circle with Jamie Friesen preparing the track that Alex promoted in the Outlaw circuit days,” said Deyo, “I looked up to Alex.”

The special race is the inaugural 68-lap tribute race to the late promoter and racer who occasionally raced in the sportsman division. Alex Friesen’s race car number was 68.

Last Friday night, there were 66 racers on hand to practice at the facility getting ready for this season’s racing.

Racers were “shaking down” their cars making sure nothing falls off or leaks.

Sportsman driver Mike Richmond, of Vernon, was in a car for the first time in two years and was there to make sure everything was put together right and “knock the rust off.”

Seven-time sportsman track champion Matt Janczuk, of Oneida, didn’t take long to turn fast laps but said he was mostly concerned with brakes and to “make sure they are bled out all the way.”

2021 Fonda Speedway track champion Rocky Warner, of Gloversville, was on hand with his Fonda car to “make sure everything stays together” and hopefully have “no issues.”

“You know if Stewart Friesen goes to tracks and practices his cars,” laughed Warner, “we all need to practice.”

The division is the fastest growing and most popular division in all dirt racing.

In addition to the weekly divisions of Modifieds, Crate 602 Sportsman, Limited Sportsman, Pro Stocks and Four Cylinders and every other week Slingshots a couple of the highlights this season will be:

Saturday, Aug. 20 — Tony Stewart’s Tezos All-Star Circuit of Champions 410 sprint cars will be on hand. Deyo wasn’t sure if Stewart would be racing but it is very possible the three-time NASCAR Cup Series champion and NASCAR Hall of Fame driver will race.

“Sprint cars are so popular and the 410s that we have coming worked out perfectly in our scheduled,” stated Deyo.

If you are already a fan of the local grass roots dirt racing that central New York has to offer you are in for a great season of racing. If you are curious about local racing — do yourself a favor and gather up the family and go to the “Home of Heroes” for a night of racing. See you tonight, at the races.