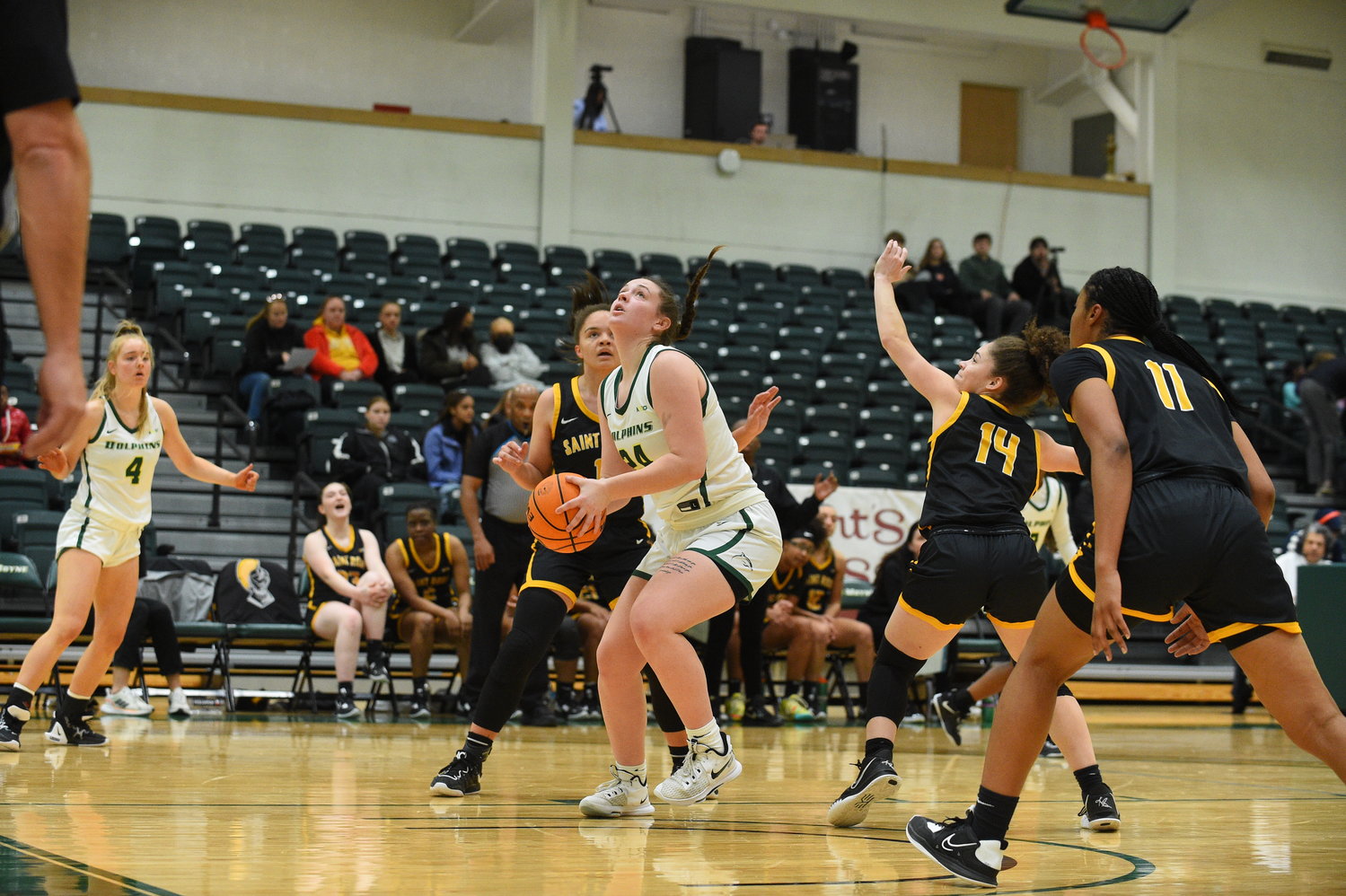 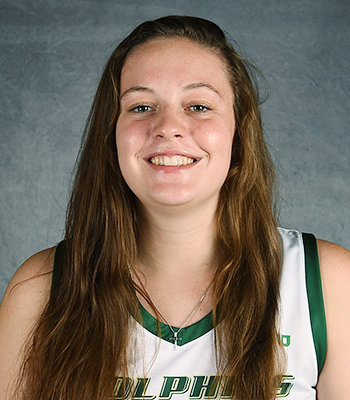 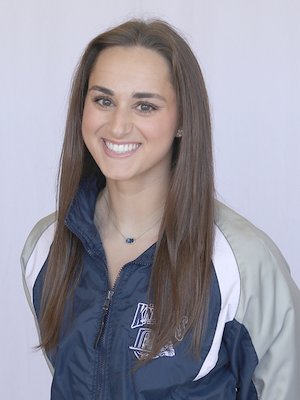 When the Division II Dolphins beat the College of St. Rose 75-70 in their Northeast-10 Conference opener, Roberts scored 10 of her career-high 25 points in the fourth quarter. She shot 10-for-13 from the field and also grabbed eight rebounds.

Roberts also scored 12 points and had 15 rebounds in Tuesday night’s 70-64 loss to Adelphi University. Through five games, the 6-foot-1 forward is Le Moyne’s leading scorer, averaging 17.2 points per game. She is shooting 52.5% from the floor and has made 24 of 28 free throws, and she ranks second on the team with 11 rebounds per game.

As a redshirt freshman, Roberts played in all 25 games as a reserve, averaging 28 minutes per game. Her season high was eight points last year.

Le Moyne teammate Sydney Lusher (Oneida) is averaging 12.8 points and leads the Dolphins with 17 assists through five games. She had 17 points and eight rebounds against Daemen.

Fredonia State’s Caitlin Snyder (Utica/Notre Dame) scored a career-high 21 points in a 65-56 loss to Chatham University and the junior grabbed a team-high eight rebounds in a 66-57 win over William Smith College.

Hamilton College’s Emma Sehring (Sauquoit/Notre Dame) scored six of her 14 points in the final 3:07 Tuesday night, helping the Continentals turn a seven-point deficit into a 70-64 win over nationally-ranked No. 17/22 St. John Fisher. She also had 13 points and a game-high 12 rebounds in a 77-76 overtime loss to SUNY Cortland.

St. Lawrence University’s Cam Roberts (Boonville/Adirondack) had 12 points and eight rebounds as the Saints rallied for a 60-58 win over SUNY Plattsburgh.

Paul Smith’s College’s Hayleigh Gates (West Winfield/Mount Markham) had team-highs of 15 points and 11 rebounds in a 49-40 win over the Albany College of Pharmacy.

SUNY Geneseo senior Alexis Falvo (New Hartford) on Monday was named the State University of New York Athletic Conference (SUNYAC) Women’s Swimmer of the Week after her record-breaking performance in a Total Performance Invitational hosted by Kenyon College that attracted some of the top teams in the country.

Le Moyne College senior Caitlyn Longway (Sauquoit/Sauquoit Valley) won the 50-yard freestyle in 25.47 seconds and was a member of a 200 free relay team that won in 1:42.25 to help the Dolphins beat the College of St. Rose 151-75. Freshman teammate Riley Brennen (New Hartford) swept both of the one-meter diving events. St. Rose sophomore Nickolette Nesci (New Hartford) was runner-up in the 100 breaststroke in 1:15.18.

Utica University’s Bailey Simmons (Vernon Center/VVS) won the 100-yard freestyle in 1:00.7 and the 200 free in 2:13.47 during a tri-meet with Wells College and Roberts Wesleyan.

St. Lawrence University’s Trent Adamson (Ilion/Thomas R. Proctor) scored 12 points on 5-of-6 shooting in a 77-65 win over SUNY Plattsburgh, and he had 11 points in the Saints’ 71-62 win over SUNY Potsdam.

Nationally-ranked South Dakota State University wrestler Tanner Cook (Ilion/Central Valley Academy) pinned both of his opponents at the Daktronics Open, one in just 21 seconds, and improved to 3-0 this season.

Cook, the country’s 23rd-ranked Division I wrestler at 165 pounds, opened his season with a 5-3 decision in the Jackrabbits’ 40-4 dual victory over Augustana. Cook’s career record is 44-15.