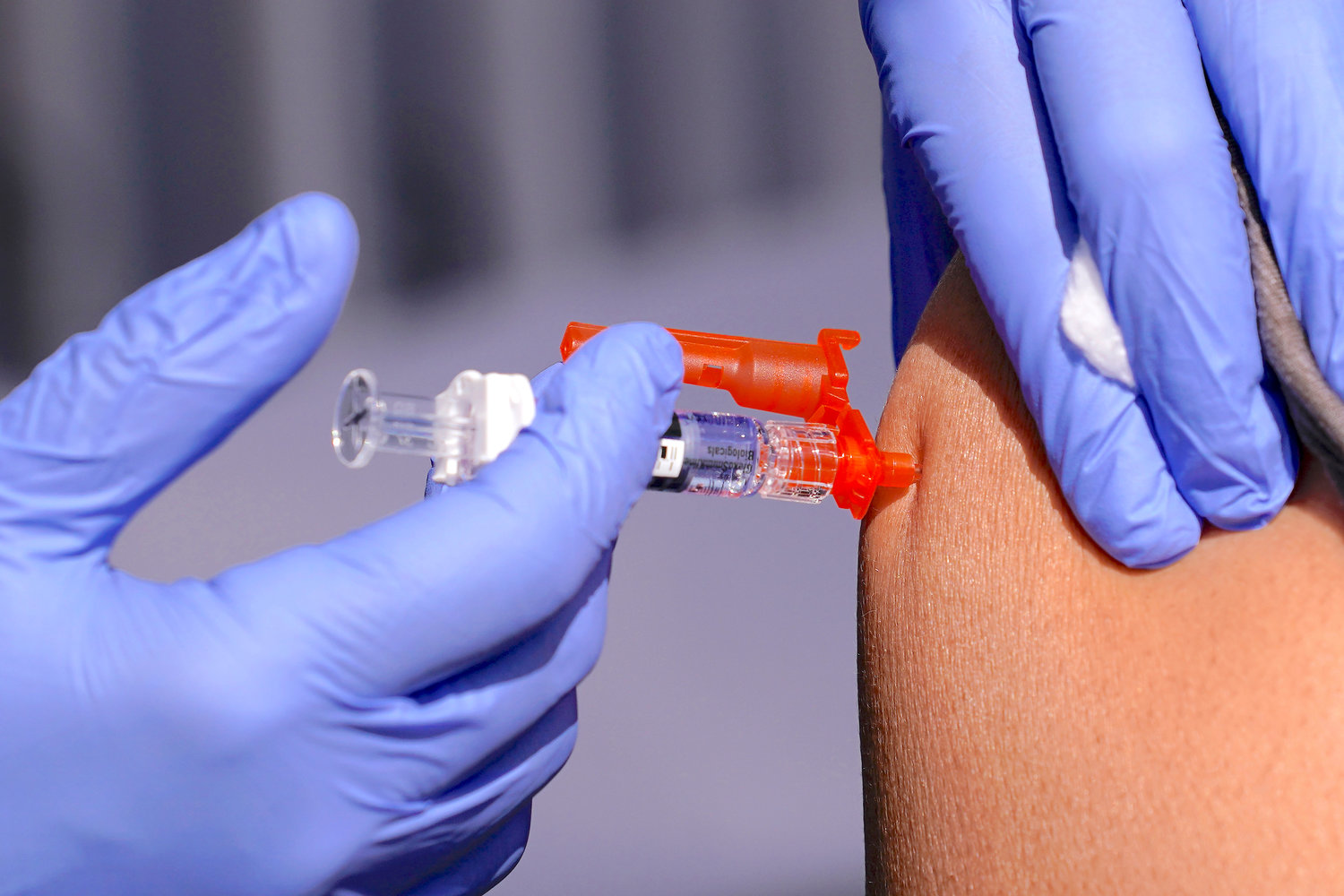 A patient is given a flu vaccine on Oct. 28, 2022, in Lynwood, Calif. Doctors tend to worry that holiday gatherings can spark new surges in infectious diseases like the flu. But new government data suggests that didn’t happen this year. The Centers for Disease Control and Prevention on Friday, Jan. 13, reported that flu has continued to wane this month.
(AP file photo)
Posted Monday, January 16, 2023 12:30 pm
Mike Stobbe, Associated Press

The Centers for Disease Control and Prevention on Friday reported that visits to doctors’ offices for the flu-like illnesses fell for the sixth straight week. Reports of RSV, a common cause of cold-like symptoms that can be serious for infants and the elderly, are also down.

When flu and RSV surged in the fall, causing overloads at pediatric emergency rooms, some doctors feared that winter might bring a “ tripledemic ” of flu, RSV and COVID-19. And they worried holiday gatherings might be the spark.

But it didn’t happen, apparently.

“Right now, everything continues to decline,” said the CDC’s Lynnette Brammer, who leads the government agency’s tracking of flu in the United States.

Of course, the situation is uneven across the country, and some places have more illnesses than others. But some doctors say patient traffic is easing.

“It has really eased up, considerably,” said Dr. Ethan Wiener, a pediatric ER doctor at the Hassenfeld Children’s Hospital at NYU Langone in New York City.

Newland said he wasn’t surprised that flu and RSV continued to trend down in recent weeks, but added: “The question is what was COVID going to do?”

COVID-19 hospitalizations rose through December, including during the week after Christmas.

One set of CDC data appears to show they started trending down after New Year’s, although an agency spokeswoman noted that another count indicates an uptick as of last week. Because of reporting lags it may be a few weeks until CDC can be sure COVID-19 hospitalizations have really started dropping, she said.

Newland said there was an increase in COVID-19 traffic at St. Louis Children’s in December. But he noted the situation was nothing like it was a year ago, when the then-new omicron variant was causing the largest national surge of COVID-19 hospitalizations since the pandemic began.

“That was the worst,” he said.

The fall RSV and flu surge was felt most acutely at health care centers for children. Wiener said the pediatric emergency department traffic at Hassenfeld was 50% above normal levels in October, November and December — “the highest volumes ever” for that time of year, he said.

The RSV and flu surges likely faded because so many members of the vulnerable population were infected “and it just kind of burnt itself out,” he said.

It makes sense that respiratory infections could rebound amid holiday travel and gatherings, and it’s not exactly clear why that didn’t happen, Brammer said.

That said, flu season isn’t over. Thirty-six states are still reporting high or very high levels of flu activity, and it’s always possible that a second wave of illnesses is still ahead, experts said.