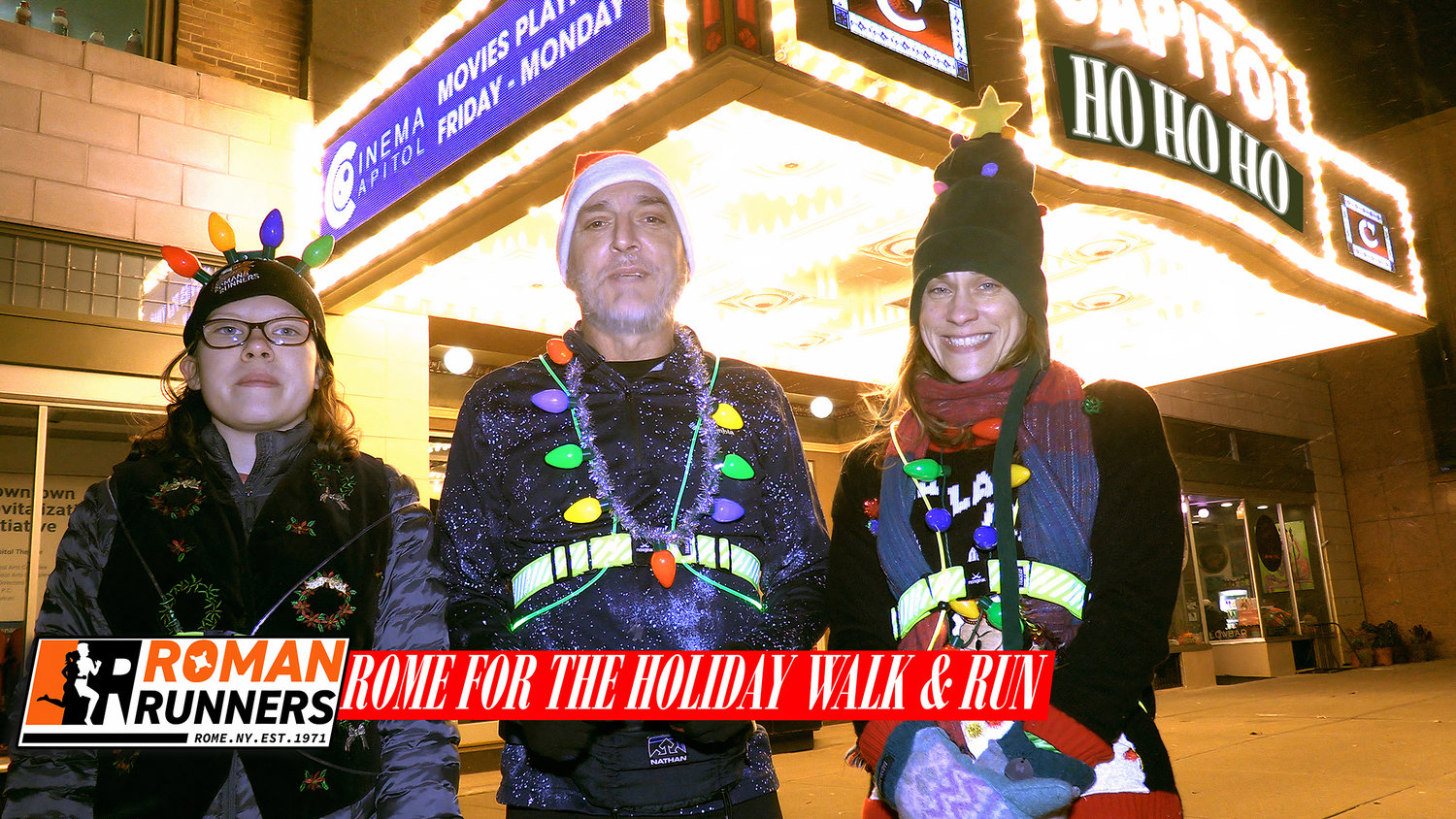 If you’re wondering how you missed the first 50 Holiday Stroll, Walk & Runs — those at the Capitol Theatre Complex said, “Stop wondering! You didn’t.”

It’s actually the first time this event will take place. However, it is named after the 51st anniversary of “The Great Capitol Caper” and The Roman Runners participants in the event.

Roman Runners are known for their year-round activities including the Rome for the Holidays 5K Walk and Run which will take place on Dec. 3 as part of the 51st anniversary. But some may be asking, “What is the Great Capitol Caper?”

On Thursday, Dec. 9, 1971 at 9:05 p.m., a man armed with a handgun approached the Capitol Theatre ticket booth and demanded the attendant turn over the money or he would shoot her.

The box office attendant, Elizabeth Perry, alerted off-duty police officer John Keys. He was working part-time at the Capitol as an usher and bringing hot dogs to the booth. The robber fled and Keys chased him through the streets of Rome, leaving his hot dog behind. The chase ended on Court Street by Danny’s Market at 303 W. Court St., near today’s police department. The suspect was apprehended and brought to justice.

One big question has never been answered: What happened to John’s hot dog?

Here are the activities scheduled for the 51st anniversary Holiday Stroll-5K Walk and Run:

In the reenactment video, which will be screened at Cinema Capitol after the stroll, Julie Whittemore will star as Elizabeth Perry; and Zach Swistak will perform as Officer John Keys. Arresting police officer John Keys and others are included in the video in interviews and narration.

At 3 p.m. a guided stroll will tour the chase route.

Led by John Keys, the officer who actually chased and arrested the suspect, the tour will include facts and details about Rome along the chase path as it was in 1971. The chase ended on Court Street by Danny’s Market at 303 West Court Street, near today’s police department.

At 5 p.m., The Roman Runners will start this year’s Run for the Holidays Walk and Run from the Capitol Theatre.

“The Rome for the Holidays Run started last year as an idea between a few friends of going to see the city lights in Rome,” Moore said. “People drive there all the time, all the way up to Vogel Park. Now that we have the lighted marquee at the Capitol Theatre, we thought it would be perfect to have a run from there — the grand finale of lights.”

The 5K (1.4 miles) route starts and finishes at The Capitol Theatre and travels along the holiday lights of Rome. There will be hot chocolate served afterwards. The event is free, but participants must sign up.

All activities are free.