New Yorkers under age 21 will be prohibited from buying semiautomatic rifles under a new law signed Monday by Gov. Kathy Hochul. 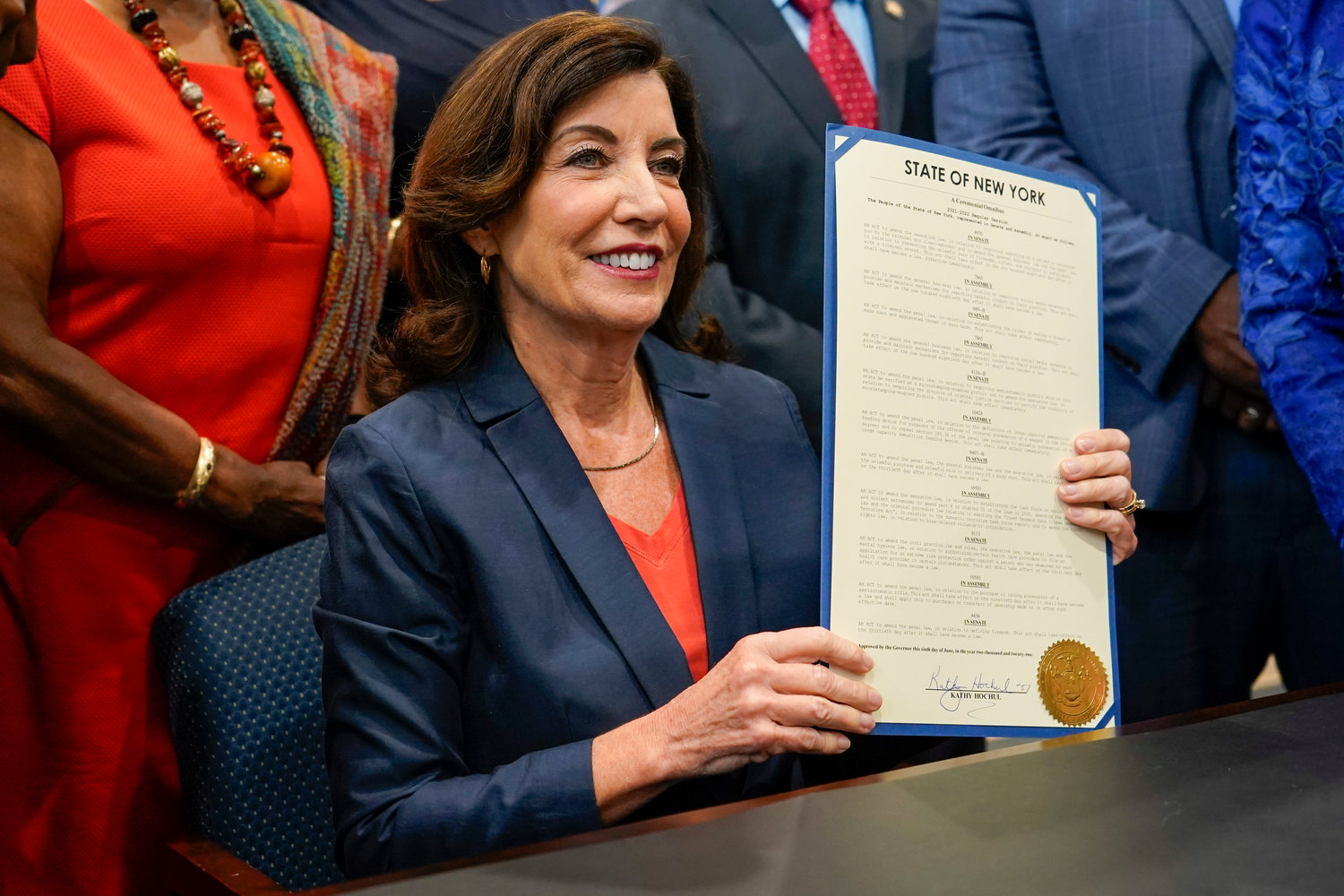 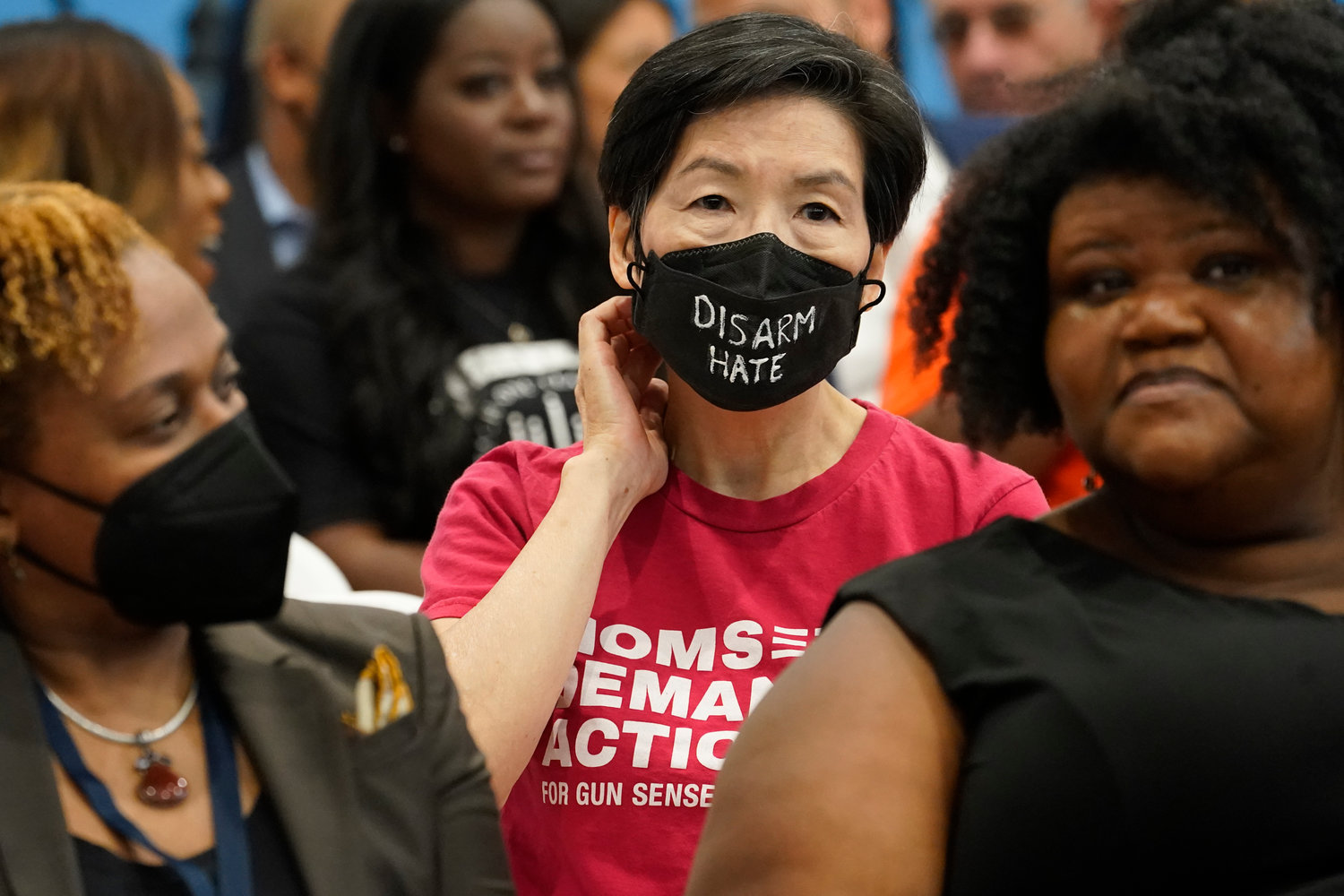 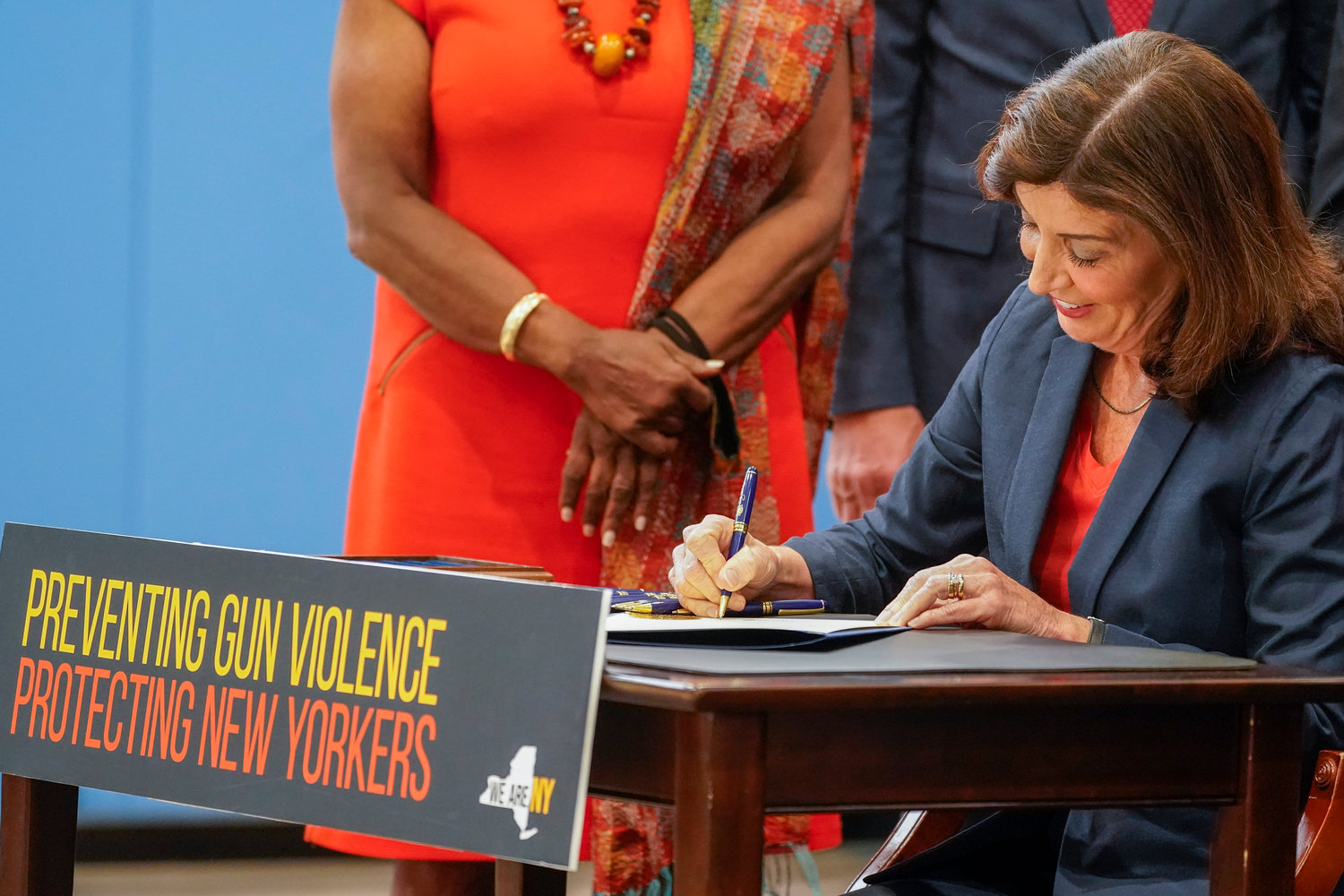 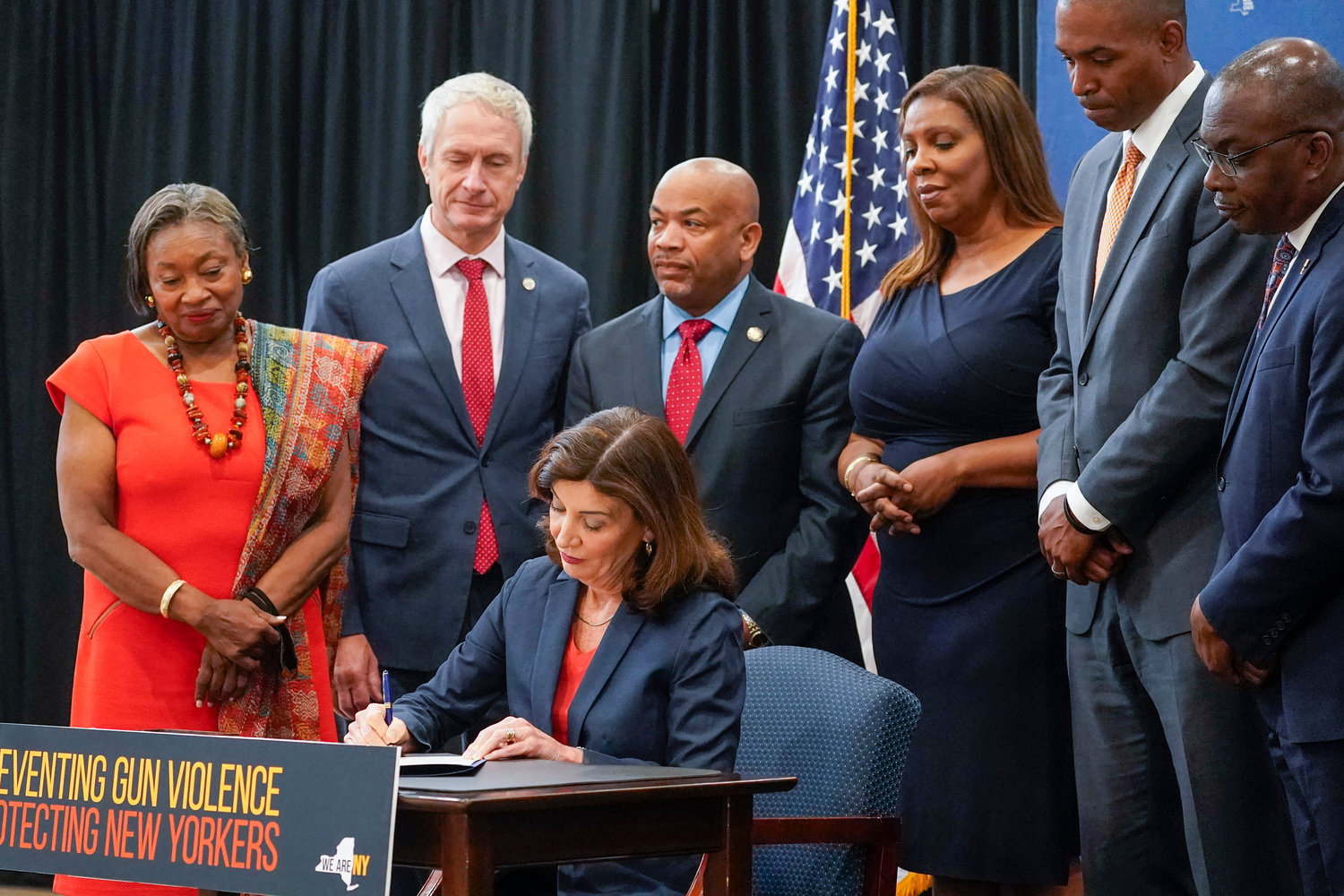 ALBANY —  New Yorkers under age 21 will be prohibited from buying semiautomatic rifles under a new law signed Monday by Gov. Kathy Hochul, making the state one of the first to enact a major gun control initiative following a wave of deadly mass shootings.

Hochul, a Democrat, signed 10 gun-related bills, including one that will require microstamping in new firearms, which could help law enforcement solve gun-related crimes.

Another revised the state’s “red flag” law, which allows courts to temporarily take away guns from people who might be a threat to themselves or others.

Among the bills signed was also one that will restrict sales on body vests and armor to civilians.

The governor said New York will continue to invest in prevention of gun-related crimes by partnering with local communities and continuing to strengthen gun laws. “Today is the start, and it’s not the end,” said Hochul. “Thoughts and prayers won’t fix this, but taking strong action will. We will do that in the name of the lives that have been lost, for the parents who will no longer see their children stepping off the school bus.”