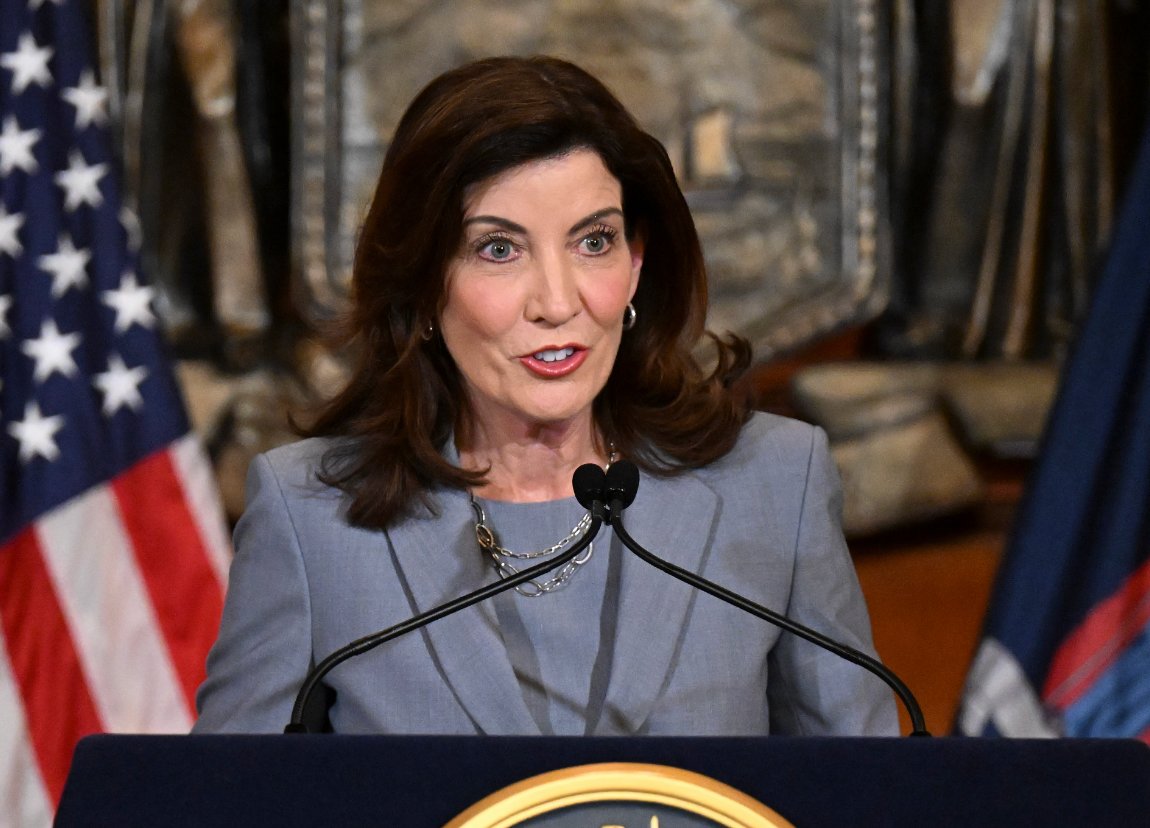 Hochul announced the funding in New York City on Wednesday at the ribbon-cutting for Greater Nexus, a brand-new $11 million coworking space.

“New York’s downtowns are the heart and soul of our communities and regions, and today we’re taking comprehensive action to support them,” Hochul said.

“The Downtown Revitalization Initiative has ignited a renaissance in these spaces, which are critical to the continued growth of businesses and local economies, and I am proud to support this vital program,” she added. “As we grow our downtowns, we are proud to launch a new program — NY Forward — that will provide crucial support to New York’s smaller and rural communities to help bring them back to the bustling towns and villages they once were.”

“The DRI program has been successfully revitalizing downtown communities across New York State and with our new NY Forward program, we’re extending that same spirit to our smaller and sometimes forgotten communities to help rejuvenate them,” said Lt. Gov. Antonio Delgado. “New investments in these critical initiatives will bring back New York’s walkable downtown areas and restore the charm to our smaller villages and hamlets, all with sights set on rebuilding our economy.”

The DRI program was launched in 2016 to accelerate and bolster the revitalization of downtowns and neighborhoods in all 10 regions of the state to serve as centers of activity and catalysts for increased local investments. Locally, both the cities of Rome and Utica have each been awarded $10 million for their DRI efforts as well as the city of Oneida.

The state has added a new component to DRI this year that allows two or three communities to apply jointly for one award. To date, DRI has awarded a total of $600 million to 59 communities in its first five rounds.

As part of this year’s budget, Hochul announced NY Forward to build on DRI’s momentum. The innovative new program, which is funded through $100 million in this year’s state budget, “will support a more equitable downtown recovery for New York’s smaller and rural communities with a focus on hamlet and villages,” the announcement said. “NY Forward is meant [to]serve smaller communities and support local economies that often have a feel and charm that is distinct from larger, metropolitan urban centers funded through DRI.”

An assigned consultant will work with NY Forward communities through a planning and technical assistance process to develop a slate of readily implementable projects, with each REDC nominating the winners. NY Forward differs, however, by providing capacity-building workshops and technical assistance from consultants to assist communities in developing their full applications and throughout the implementation process, the announcement said.