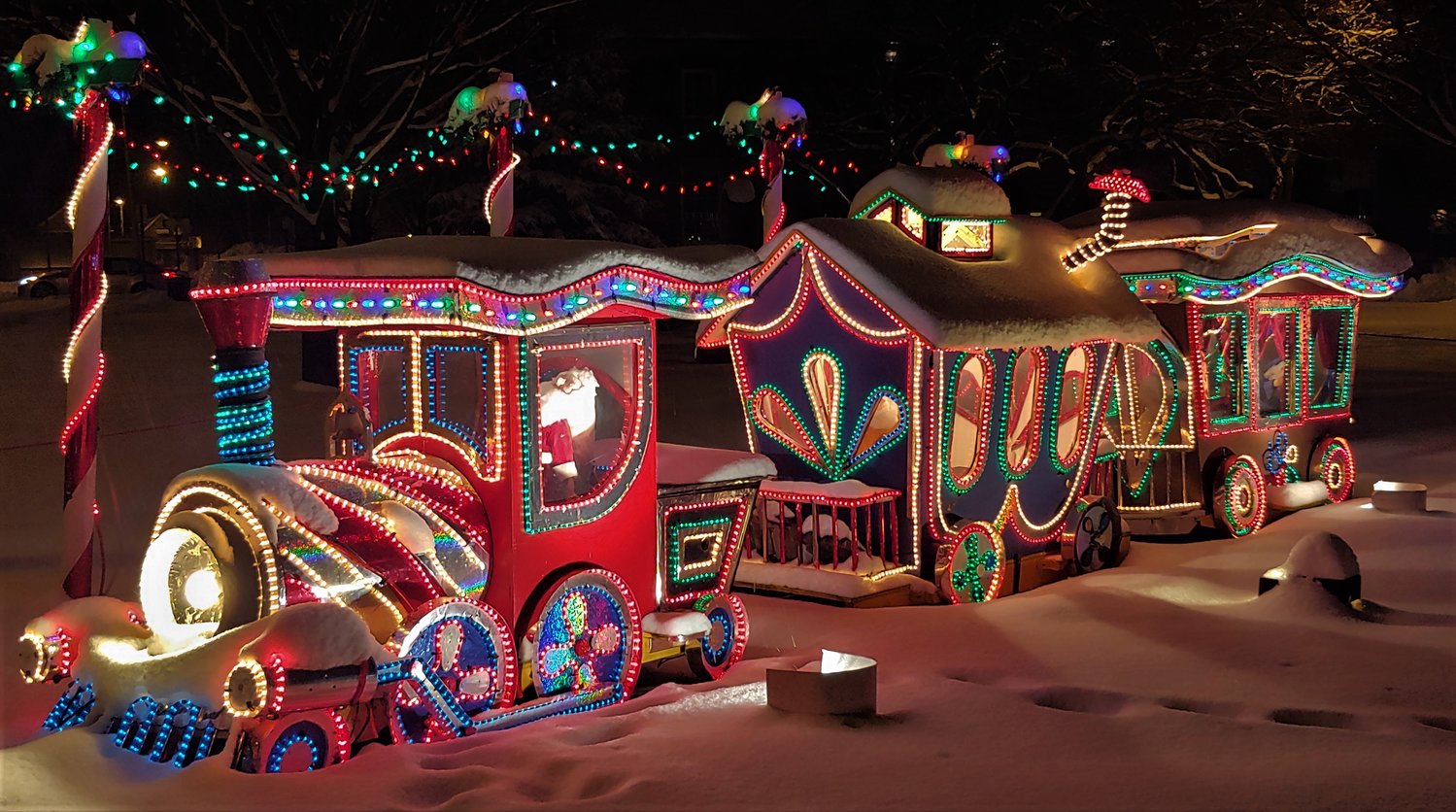 BELOVED BY GENERATIONS — Pictured is a light display from the former Trinkaus Manor in Oriskany. Although the manor was destroyed by fire decades ago, the lights were saved with many of them on display as part of Rome’s holiday decoration program.
(Photo courtesy Rome Historical Society)
Posted Wednesday, December 4, 2019 4:00 pm

At 7 p.m. on Wednesday, Dec. 18 at the Rome Historical Society, 200 Church St., Oneida County Historian Joseph Bottini and Whitesboro Historian Dana Nimey-Olney will present the history of light displays once showcased at the former Trinkaus Manor in Oriskany.

Starting in 1955 the Trinkaus brothers began their holiday lighting display and added new features each year: angels, snowflakes, Santa’s village, elf workshops, a carousel, and more, according to a statement.

In April of 1992 a fire destroyed Trinkaus Manor - a 700 seat restaurant - but the Christmas lights and displays had been stored in a separate area, and so they survived.

“Many of the lights were donated to the City of Rome by Andy Trinkaus in 1992 and now line the streets of Rome each year. A portion of the lights are on display in Oriskany,” reads a statement.

The program is free and open to the public.