Historical Club interview with Tim Griffith – Homes Around the World

Historical Club interview with Tim Griffith – Homes Around the World 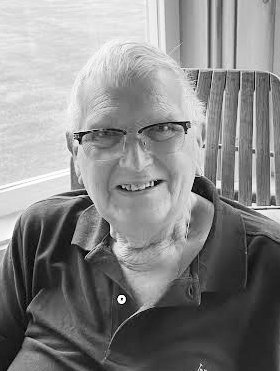 “Born in Puerto Rico in 1940, Griffith spent much of his formative years living in various places around the world. His grandfather, grandmother and father were born in Puerto Rico as well. Tim’s grandfather, Dr. Wiliam Griffith (1881-1948), had been a dentist at a tuberculosis sanitarium. Tim’s family had a maid named Mary who looked at his birthmark on his leg and said that this was a sign of approval for the baby. Unfortunately, there was a great deal of prejudice, so the picture with the Black maid Mary holding Tim in front of his parents had Mary’s picture blotted out.

“From there, Tim’s father worked at Singer Sewing Machine Company with an office in Berinkia, Columbia. Tim remembers visiting a very wealthy woman whose living room had six marble columns, two grand pianos, and rugs made by the same firm that carpeted Rockefeller Theater in New York City. This woman (originally from Boston) married a Columbian man named Julio. He provided her trays and trays in jewelry boxes of diamonds and emeralds. Her wealth made a lasting impression on then 2-year-old Tim. Of course, as a 2-year-old, he enjoyed playing hide and seek there.

“As Tim entered his second year, his mother, pregnant with his sister, was told by her Columbian doctor that he could not guarantee safe delivery of the baby or the mother. Therefore, they returned to the United States to live with her family, the Hannas. After they exited the plane and went to a hotel in Miami, Tim’s mother fell asleep in the lobby. When she awakened, she could not find Tim, but saw his socks and shoes on the floor next to a group of men. Pushing through them, she was told that they were Secret Service protecting an important man. Apologizing profusely for bothering anyone, Mrs. Griffith started to remove Tim, but she was stopped by this very important man, Juan Baptista, the dictator from Cuba. He told her that he liked children and would personally give their family a tour of Cuba should they ever visit. Mr. Baptista enjoyed talking to Tim, who only spoke Spanish then. At that time, Cuba had many hotels on the shoreline which specialized in gambling. Financially, Cuba had much wealth, particularly from the sugar and rum plantations. After Fidel Castro came into power, the wealthy Cubans, fleeing for their lives, could only take certain things with them. Jewels would have been confiscated. Tim’s mother was friendly with a Cuban exile who showed how she secreted her jewelry by taping it to her toes, ankles, bust, and waist, wearing her husband’s shoes and loose clothing to cover the gems.

“The Hannas family lived on Summit Street in Boonville. Mr. Hannas owned the gas station called the Adirondack Oil and Fuel Company on Rt. 12. His property stretched all the way to the Elks Lodge on Rt. 12; the family even owned a turkey farm. Tim’s uncle and aunt lived in a home where Adirondack Bank is now located. Tim’s mother, sister, and Tim lived with them until his mother was considered cured. A Utica doctor gave her an experimental pill that stabilized her and allowed her to return to Columbia. There, the family celebrated his sister Karen’s first birthday. Shortly after, the family returned to Puerto Rico and back to the United States. By then, the U.S. was involved in WWII. Tim remembers sitting on his grandfather Hannas’s lap as a neighbor blew a whistle, saying, ‘Air Raid!’

“After that, Tim’s father went to New York City and got a job at Standard Brands, which owned Chase and Sanborn Coffee, Tender Leaf Tea, Royal Pudding, and Fleishmann’s Yeast. As a representative for that company, Tim’s dad took his family to the Philippines. Directly after WWII, the Philippines had most of the roads destroyed. Everywhere, there was destruction. Manila Bay had a whole line of destroyed ships brought in. (Today, this area has become a new island). While his mother took Tim and Karen to a beach, another man returned with a ‘trophy’ - an American flag soaked in blood. Many of the dead were buried in a mass grave, which later was moved to a knoll overlooking the major battles on the Philippines. Soon after, Tim’s mother and sister were sent home for a vacation.

“Meanwhile, Tim stayed with his father, who continued his work for Standard Brands and met several men while golfing. In 1949, Tim remembers one of the golfers offering Tim a chocolate soda and later that night boarding a plane in Manila with them. En route, the captain of the plane had been notified that Shanghai (their destination) had fallen to the Chinese Communists. The plane had to refuel and the passengers had to deplane to allow this. However, the captain cautioned them all if they were told to run, they had better run quickly to the plane! Instead, the plane landed in Tokyo, which was teeming with refugees from Shanghai. From there, Tim remembers taking another plane to the Aleutians, which contained snow. As their next plane took off, a piece of ice put a hole in the airplane fuselage. This necessitated a repair in Anchorage, Alaska; in turn, the airline provided a limousine to chauffeur them to a restaurant. Finally, they were able to fly into Chicago and take a train home to Boonville.

“After the unrest in Shanghai had died down in June of 1951, the family returned to the Philippines. Unfortunately, that was about the time that the Korean War started. Military spouses were being evacuated, which made Mrs. Griffith decide to return to the United States with their children. Rather than cross the Pacific to return home, Mrs. Griffith decided to go west around the world to home. Taking a steam ship, the family journeyed to Egypt, getting off at the Suez Canal. When they visited Cairo, they saw museums with mummies, took a tour of the pyramids, and visited the Sphinx. Between the two feet of the Sphinx was a door; when they entered the door, it was closed, and a candle was lit. The entire room was made of alabaster and literally gleamed in the light. Nearby, actors were starting the film classic, ‘The Ten Commandments,’ made by Cecil B. DeMille. Following Cairo, the Griffiths boarded the same steamer and sailed to Genoa, Italy. They spent days in Rome and took a bus to Pope Pious’ summer home, where they were able to view him from afar. From there, they went to Paris, visiting the Eiffel Tower, the palace at Versailles, and the beautiful gardens throughout. Crossing the English Channel, the family saw London and Windsor Castle with its chapel. By this time, they were ready to return home and soon crossed the Atlantic Ocean on another steamer, the SS United States. That was Tim’s final trip across the Pacific.

“Although his family went back to Puerto Rico, they all returned to Boonville by the time Tim was 18. He reflects on all the sites he has seen, the fantastic foods their cook provided (including banana with peanut butter on a salad and pineapple upside down cake) and the many servants that they had. When the Griffiths first started traveling by plane, their biplanes took off and landed on the water. Later, they flew on prop planes and finally on jets. Living in the 1924 Hannas home, Tim has many memories of the other homes he has had. Looking at mementos from the various places he has lived, he reflects on his formative years. Chinese porcelain vases, teak chests, bamboo screens, and ancient tapestries are some of his mementos from the past.”