COLUMN: Historic streak puts Janczuk on brink of another championship

Matt Janczuk hasn’t lost a sportsman feature race since June 24. In his 10-win streak — a record-setting streak at Utica-Rome Speedway confirmed by Doug Zupan, historian at the track — …

COLUMN: Historic streak puts Janczuk on brink of another championship 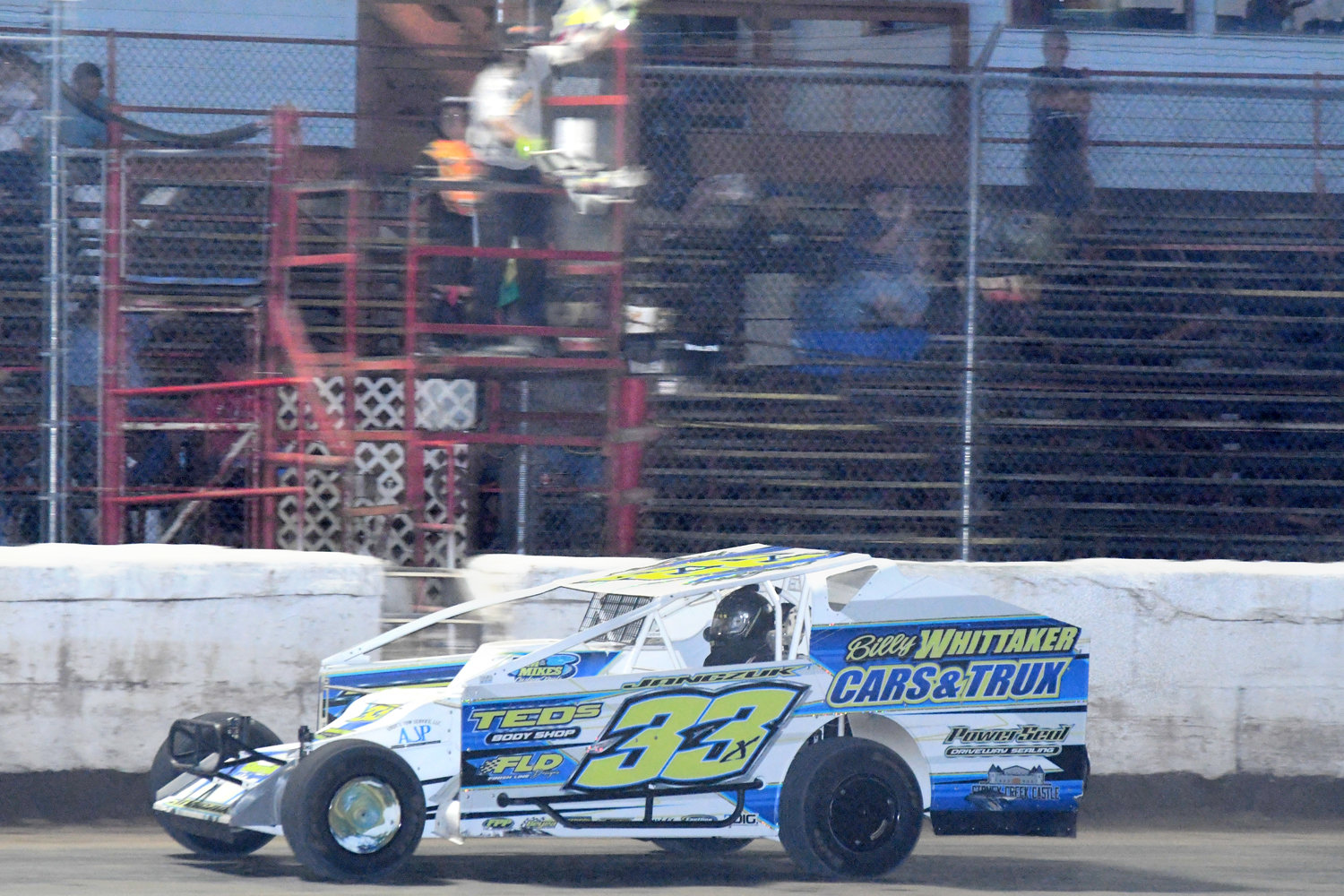 VERNON — Matt Janczuk hasn’t lost a sportsman feature race since June 24. In his 10-win streak — a record-setting streak at Utica-Rome Speedway confirmed by Doug Zupan, historian at the track — Janczuk has vaulted to 68 feature race wins with the potential for 70 wins after Friday night and Sunday night at the historic Vernon track.

This year’s win streak comes on the heels of a dream 2021 season when he won 19 feature races and track championships at Utica-Rome Speedway and Fulton Speedway.

Janczuk, the Town of Hamilton police chief, driver of the 33x sportsman at Utica-Rome Speedway and hailing from the hamlet of Durhamville, has to finish 18th or better on Championship Night at the “Home of Heroes” to claim his eighth sportsman track championship.

One of the most remarkable aspects of this current run is Janczuk’s average starting spot has been 15th or 16th in feature races starting 24 stout cars on the grid. A lot of fast cars have plenty of opportunity to get away while Janzcuk slices and works through traffic on his way to the front.

“I think confidence in the car to get through (traffic) has a lot to do with it,” the 38-year-old said. “Race hard but get through traffic without getting into trouble.”

He admits there is a lot of “luck” involved.

Along the way there has been a couple nailbiters going to the last lap or next to last lap passes to get the win.

“I don’t always have the fastest car,” quipped Janczuk. “A couple cars switch lanes to open up lines or timely cautions.”

Janczuk has been racing in the division for over 20 years so experience plays a huge role in his success.

However, for much of the season Janczuk was chasing young gun Payton Talbot of Gilbertsville in the points. Talbot, who secured the sportsman track championship at Fonda last weekend and the sportsman Short Track Super Series “Thunder on the Thruway” championship last weekend, started the season hot — winning five of the first seven races. Janczuk even had a DNF (did not finish) on June 10 when his motor blew up.

In mid-August, Janczuk wrestled the points lead from Talbot and is now in position to win another championship.

Adding an “interesting dynamic” to the season is Janczuk has been doing maintenance on his race car out of his race trailer for the past three months. He tore down his race shop/garage to make room for a new — much bigger — race shop. To add to that dynamic he isn’t racing on Saturday nights so that he can devote the weekend to building his new race shop.

“Last week every time I went to work on the car it was raining,” said Janczuk.

This Friday night is Championship Night at Utica-Rome Speedway for all divisions. Janczuk hopes the champagne will flow again for his team in the sportsman division. Nipping at his heels is Talbot who could still capture the championship if things don’t go well for the 33x team.

Then on Sunday more racing at Utica-Rome Speedway with the New Yorker 50 $25,000-to-win for the modified division. It’s going to be a great weekend of racing.

See you at the races!