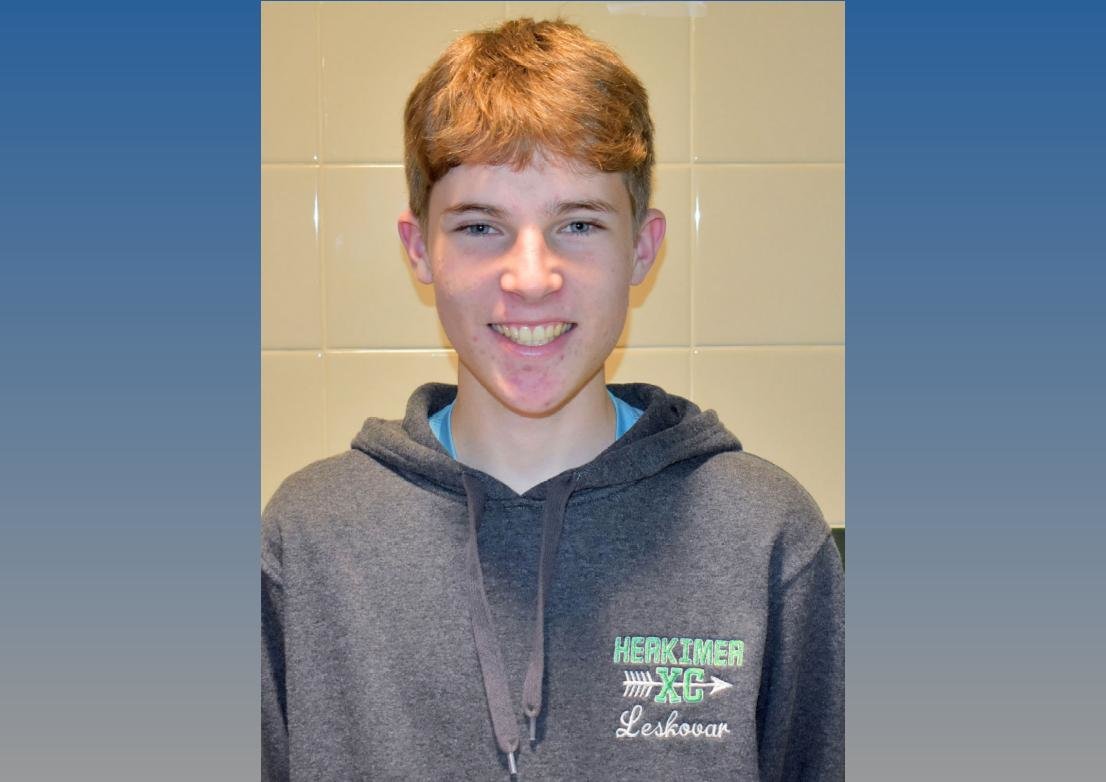 He said he knew he did pretty well on the test, but he didn’t know if he would receive the recognition until he found out from the school about the commendation letter.

“It was exciting,” Leskovar said.

Herkimer teachers and staff were asked to rank the top three seniors they believed were deserving of the Good Citizen Award for representing leadership, dependability, service and patriotism, said Laura Scalise, a Herkimer government and economics teacher who is also the faculty facilitator for DAR.

After the top three were decided, senior students were asked to vote on their choice for the award out of those three seniors, and Leskovar won.

To advance to the next level of the DAR competition, Leskovar then had to submit information including a grade transcript, a list of activities and information about his future plans. He also had to complete an essay within a two-hour time limit. Leskovar is eligible to advance through multiple rounds and receive awards, Scalise said.

Leskovar is currently looking into college programs for engineering – focused on chemical science or biomedical engineering – and plans to start applying to colleges soon.

His decision to pursue an engineering career was influenced by his participation from grades 9-12 in Project Lead the Way, located at Frankfort-Schuyler Central School District. He took one class at Project Lead the Way each school year for grades 9-11. As a senior, he goes there for one class, has a study hall there and then has another class period there for a capstone project.

Project Lead the Way allowed him to learn about different types of engineering and what you can do with each path. It also helped him figure out that he definitely likes engineering, he said. Leskovar explained he has always been interested in math and science, and Project Lead the Way presented him with an opportunity to find out more about engineering.

“If something’s going on in school, he’s probably around helping out,” Scalise said. “He’s just an all-around really good kid,” Scalise said. “I’m very proud of him and he’ll definitely do great things moving on.”