Janine Phillips, of Herkimer, saw one dream come true in 2019 when her romance novel, “Ten Bucks and a Wish,” written under her pen name, Janina Grey, was published. Now, with two more … 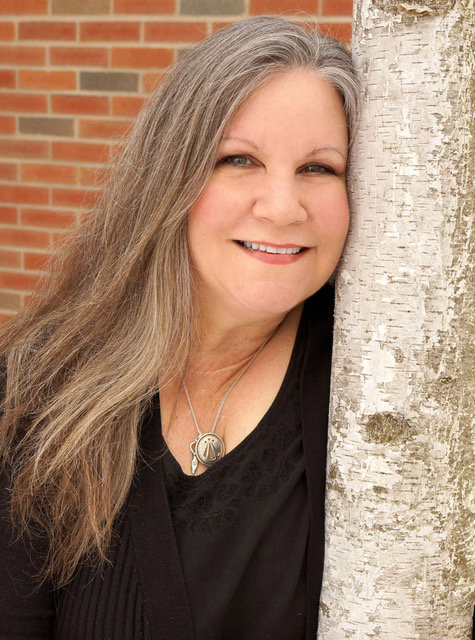 Local romance novelist Janina Grey will celebrate the release of her third book, “Life is for Living,” during a Meet and Greet session from 1 to 3 p.m. Aug. 27, at Barnes and Noble in New Hartford.
(Photo submitted) 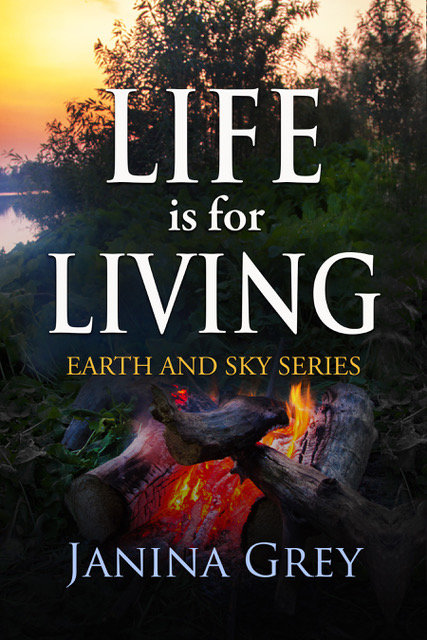 The recently released book, "Life is for Living," is the second book in Janina Grey's Earth and Sky series.
(Submitted photo) 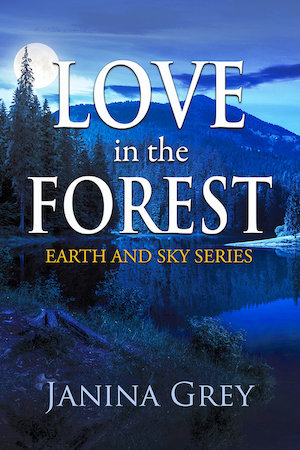 "Love in the Forest" is the first book in Janina Grey's Earth and Sky series.
(Submitted photo)
Previous Next
Posted Sunday, July 31, 2022 9:00 pm
Donna Thompson, Special to the Daily Sentinel

HERKIMER — Janine Phillips, of Herkimer, saw one dream come true in 2019 when her romance novel, “Ten Bucks and a Wish,” written under her pen name, Janina Grey, was published.

Now, with two more contemporary romance novels to her credit and a third due out next year, she is scheduled to be the featured author at a meet and greet session from 1 to 3 p.m., Saturday, Aug. 27, at Barnes and Noble, 4811 Commercial Drive in New Hartford.

The event celebrates the recent release of her third romance novel “Life is for Living,” published by Soul Mate Publishing (soulmatepublishing.com) and will include giveaways and a raffle. Copies of her autographed books will be available for purchase.

“Life is for Living” is the second book in Janina Grey’s Earth and Sky trilogy. The stories in the series are set at a retreat in New York’s Adirondack region and each focuses on a different couple’s love story.

After writing Josh and Brooke’s story in “Love in the Forest,” she decided to continue with the setting in the second book, focusing this time on the happy-go-lucky Barefoot Dan, a character she based loosely on her husband, David, and Lilac Locks.

The third book, “Lost in Your Rhythm,” will be told by the main characters, Liza, whom the author describes as stubborn and headstrong, and Jack, “a chill kind of guy.”

Phillips, 59, said her interest in the romance genre dates back to her childhood trips to visit her grandmother in Tennessee.

“There wasn’t a lot to do other than ride the horses and sit on the porch,” she recalls. She loved to read and her grandmother introduced her to Harlequin romance novels.

“I fell in love with romance,” she said.

Her story lines have often been inspired by dreams and she used tarot cards in plotting “Love in the Forest.”

“I love ‘happily ever after’ and people finding their soul mates,” said Phillips. “I love second-chance romances.” Her characters have had to overcome the tragedies, problems and challenges that many people face.

And, as the tagline on her website, business card and promotional materials says, “Not everything is black and white when it comes to love.”

Phillips has been writing since she learned to put words together while growing up on Long Island. “I wrote my first poem the summer of second grade,” she said. She also wrote stories using her spelling words and when she was 11, she was writing a story each week for her teacher to read to the class.

She married at age 22 and got a job working as a secretary for a car dealership. A bout with cancer made her rethink her goals.

Phillips recalls thinking, “I don’t want to die a secretary.”

She survived cancer, went back to college to finish her journalism degree and landed a job with Suffolk Life Newspapers.

Phillips enjoyed the work. “I won awards and I met a lot of famous people.”

But she also got up before dawn to work on her novels. Publication was not the goal at the time; she wrote the stories, put the manuscripts into boxes and let her friends read them.

The decision to move to Herkimer came after the Sept. 11, 2001, terrorist attacks. The couple had two children by then.

“We wanted to get the kids off the island,” said Phillips, citing crowding and principles and ideals that did not match their own among the reasons. Her sister lived in Herkimer and that’s where they decided to go. Her mother, another sister and her father and his wife later followed.

During the first year here, with her two children in elementary school, Phillips was diagnosed with kidney cancer and given a 50-50 chance of survival, but again, she made it through.

Her first marriage ended and she found herself managing as a single parent to son, Anthony, and daughter, Alexandra. While the children were young, she worked as a journalist and then editor of the Richfield Springs Mercury.

After the Mercury closed, “I went back to school to redefine myself,” said Phillips. “I wanted to do something to help people.” She studied human services and served an internship with the YWCA.

“I loved their mission statement and goals,” she said. “To eliminate racism, empower women, and promote peace, justice, freedom, and dignity for all.”

She still works there as a support group coordinator, helping survivors of sexual and domestic violence. Phillips recently received the go-ahead to lead a monthly drumming circle.

In addition to writing tales of romance, she has lived one of her own. Four years after her first marriage ended, she met David Phillips.

“He’s like, my soul mate,” she said. She also credits him with serving as her research assistant, helping with housework and giving her time to write. “He’s the best thing that’s happened to me.”

Phillips had not thought seriously about submitting her books for publication until she got involved with the Central New York Romance Writers and Romance Writers of America. She began editing for Soul Mate Publishing and eventually worked up her courage to ask if her publisher would be willing to look at one of her books. She submitted a romance novel she had titled “Coming Home.” After some editing to bring the story up to date and a name change to “Ten Bucks and a Wish,” the book was published.

When her publisher asked if she could write another contemporary romance novel - her other earlier books didn’t fit the genre - she went to work, plotting the new novel during a writers’ retreat in Remsen.

The COVID-19 pandemic forced YWCA employees to work from home and the couple eventually converted an upstairs bedroom of their 110-year-old farmhouse into her work office. Phillips continues to use her downstairs office for her writing.

Janina Grey’s novels “Love in the Forest” and “Ten Bucks and a Wish” are currently available in print online at Barnes and Noble and in e-book and print at Soul Mate Publishing and Amazon.

She may also be reached through her publisher, Soul Mate Publishing, 3210 Sherwood Drive, Walworth, NY 14568.