Herkimer fifth graders pick their own ‘Best Part of Me’

Herkimer fifth graders pick their own ‘Best Part of Me’ 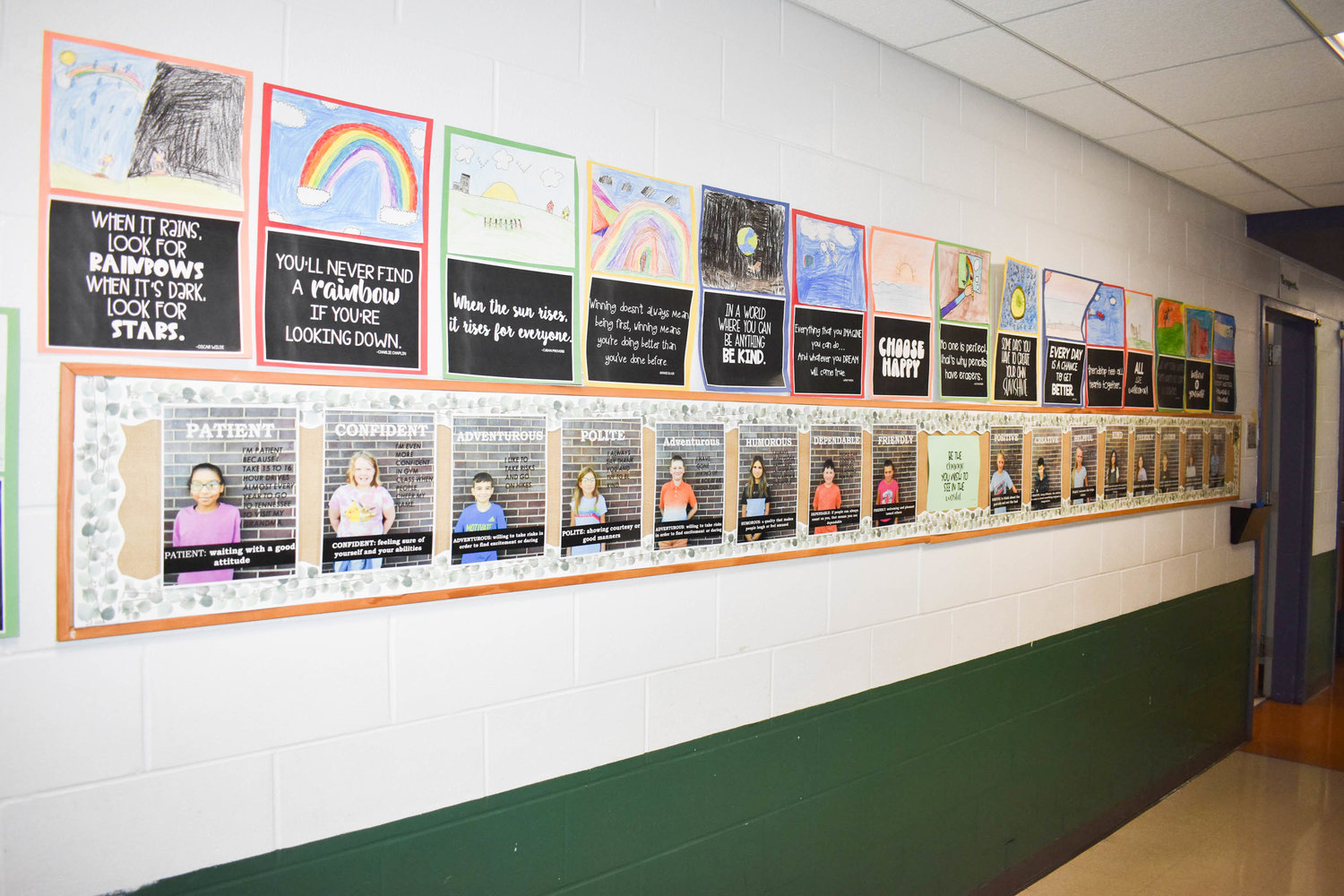 Projects by fifth grade students at Herkimer Central School connect reading and self-identification after they read the book 'The Best Part of Me.'
(Photo submitted) 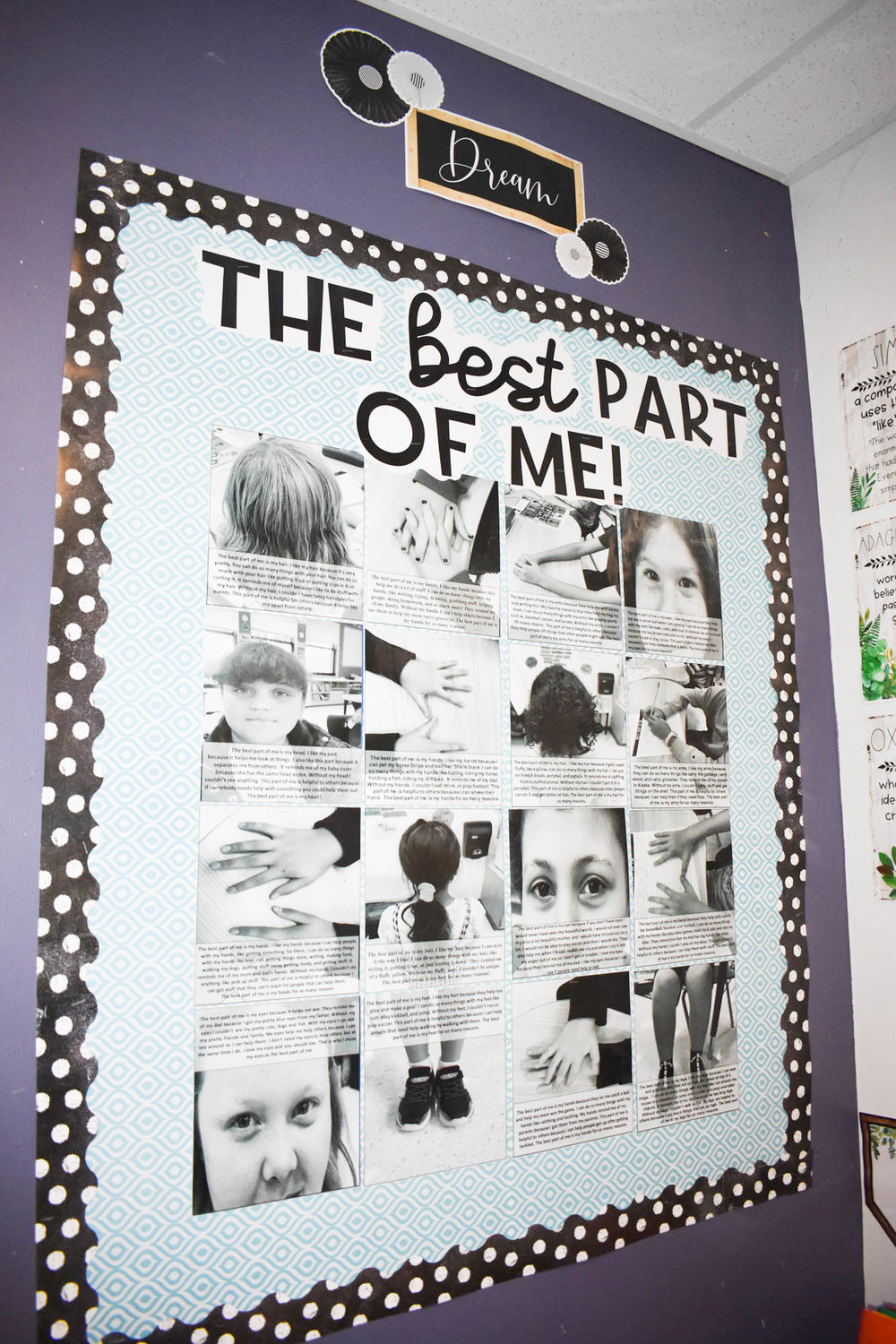 One project tied into a book they read, “The Best Part of Me,” which focuses on the importance of various body parts - such as an arm picking up a little brother or a hand turning the pages of a book. The other project was about finding a positive character trait that students identified with themselves.

“It was a great way to kick off the year,” Macri said.

Macri’s students worked on the character trait project during the first week of school, and did “The Best Part of Me” project on the second day of school.

For the character traits project, the class discussed good and bad character traits. Macri asked students to select a character trait that would describe them. Students had to think about how they represent that character trait, explain why would people would attribute that trait to them and give examples of why.

Macri also spread printouts of motivational quotes across desks in the classroom and asked students to each select one or two quotes that meant something to them.

Using photos of the students, the character traits students selected and the motivational quotes students picked, Macri completed the project by creating displays for each student in the hallway.

Students also received a blue sheet with a list of character traits that they will keep with them this school year.

“We talk about character traits throughout the whole year in our reading modules,” Macri said.

The class will talk about specific characters in each reading module and try to identify that character’s traits, Macri said. Doing that and thinking about the character trait project from the beginning of the year can help students think about how they relate to or differ from various characters in stories and what characteristics they represent, she said.

“Now they know because they were connecting traits to themselves,” she said.

An additional benefit of the project is that the character trait students chose can help motivate them to have good behavior and live up to the trait they selected, Macri said. She can also refer back to the project to remind students of the trait they chose, she said.

“They really liked it,” she said. “That’s something I hope to keep up all year.”

For the other project, after reading “The Best Part of Me” in class, students picked a part of them that they feel is most important - such as their feet for playing soccer or their eyes for seeing something meaningful.

Students wrote explanations for why that part of them is important and what they are good at, what they can do because of it or how they can help others using it. Part of the concept is that we can all help in some way, Macri said.

Using black and white photos and printouts of what students wrote, Macri created a “The Best Part of Me” display in the classroom.

Doing activities and projects connected to books read in class helps students engage with and learn from the reading material, Macri said. “I feel like what you get out of the kids is so much more,” she said.