The victim of a stabbing in Herkimer County on January 4 has died, according to authorities. 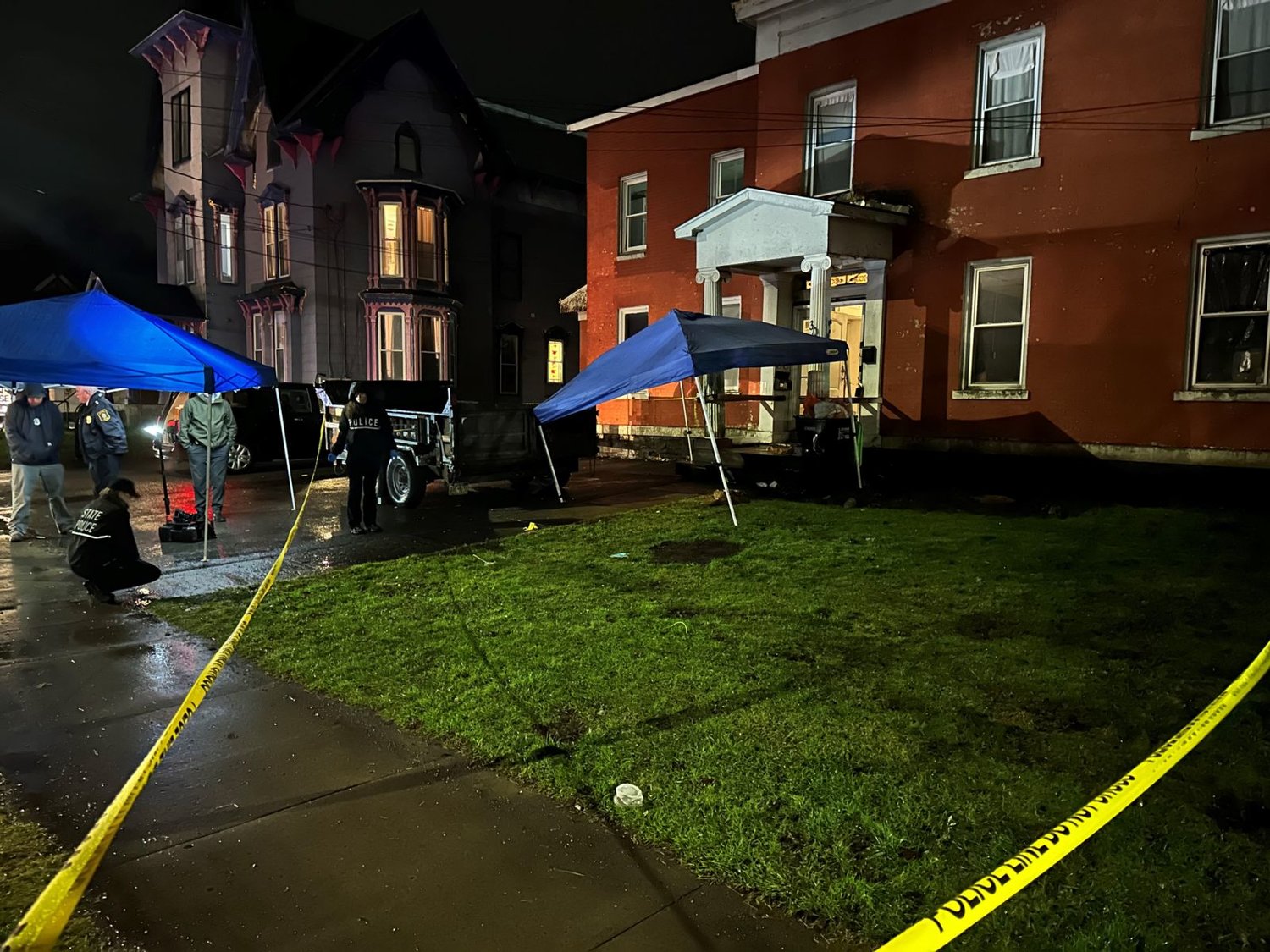 Investigators work outside a residence on East Main Street in the village of Mohawk on Wednesday, January 4, after one woman stabbed her neighbor multiple times in the chest, according to New York State Police. The victim was rushed to a local hospital where she later succumbed to her injuries, and the accused attacker has been charged with attempted murder. Updated charges are likely.
(PHOTO COURTESY NEW YORK STATE POLICE)
Posted Saturday, January 7, 2023 4:15 pm

MOHAWK — The victim of a stabbing in Herkimer County on January 4 has died, according to authorities.

Troopers said they found 26-year-old Tkeyah LaPlante after she suffered multiple stab wounds in the chest area outside a residence on East Main Street in Mohawk at about 2:34 p.m. on, Wednesday, Jan. 4.

She was immediately transported by MOVAC ambulance to a Utica hospital where she was listed in critical condition, according to officials.

On Jan. 6, at 8:17 p.m., LaPlante succumbed to her injuries and was pronounced deceased at a Utica hospital, the state police reported.

Troopers said they located Taylor E. Goodhines, 21, of East Main Street, near the scene and placed her into custody without incident.

Goodhines has already been charged with attempted second-degree murder, first-degree assault, and fourth-degree possession of a weapon, authorities stated.