The 2022 edition of the Herkimer County Fair will kick off Tuesday, Aug. 16, with opening ceremonies set for 3 p.m. in the fairgrounds’ Memorial Park on Cemetery Street in Frankfort. 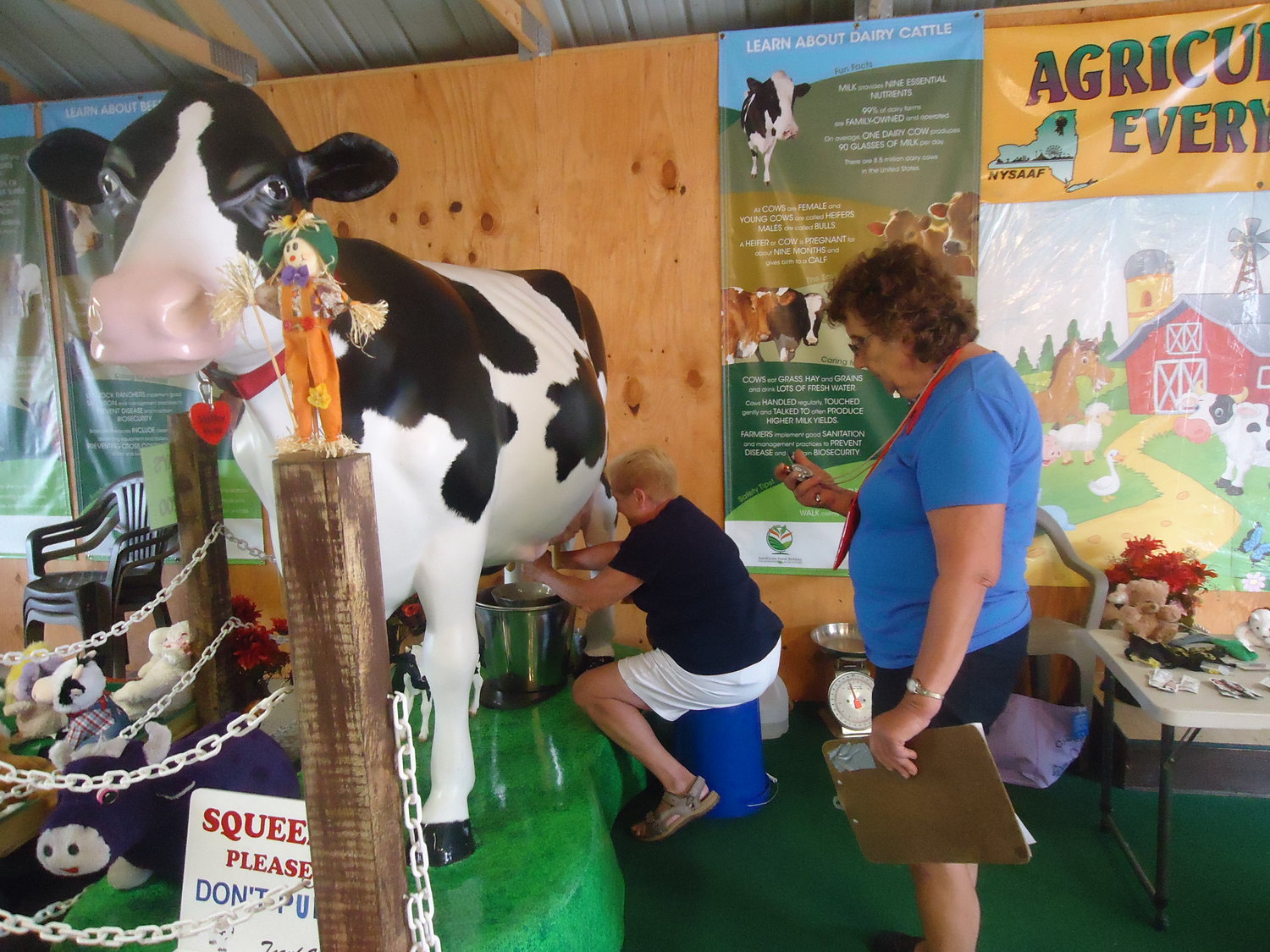 Fairgoers can get an idea of what it’s like to milk a cow by hand - and how quickly they can manage the task - at the Herkimer County Fair. They can be assured that this is one cow that will stand still, even for the most inexperienced milker.
(Courtesy of Herkimer County Fair) 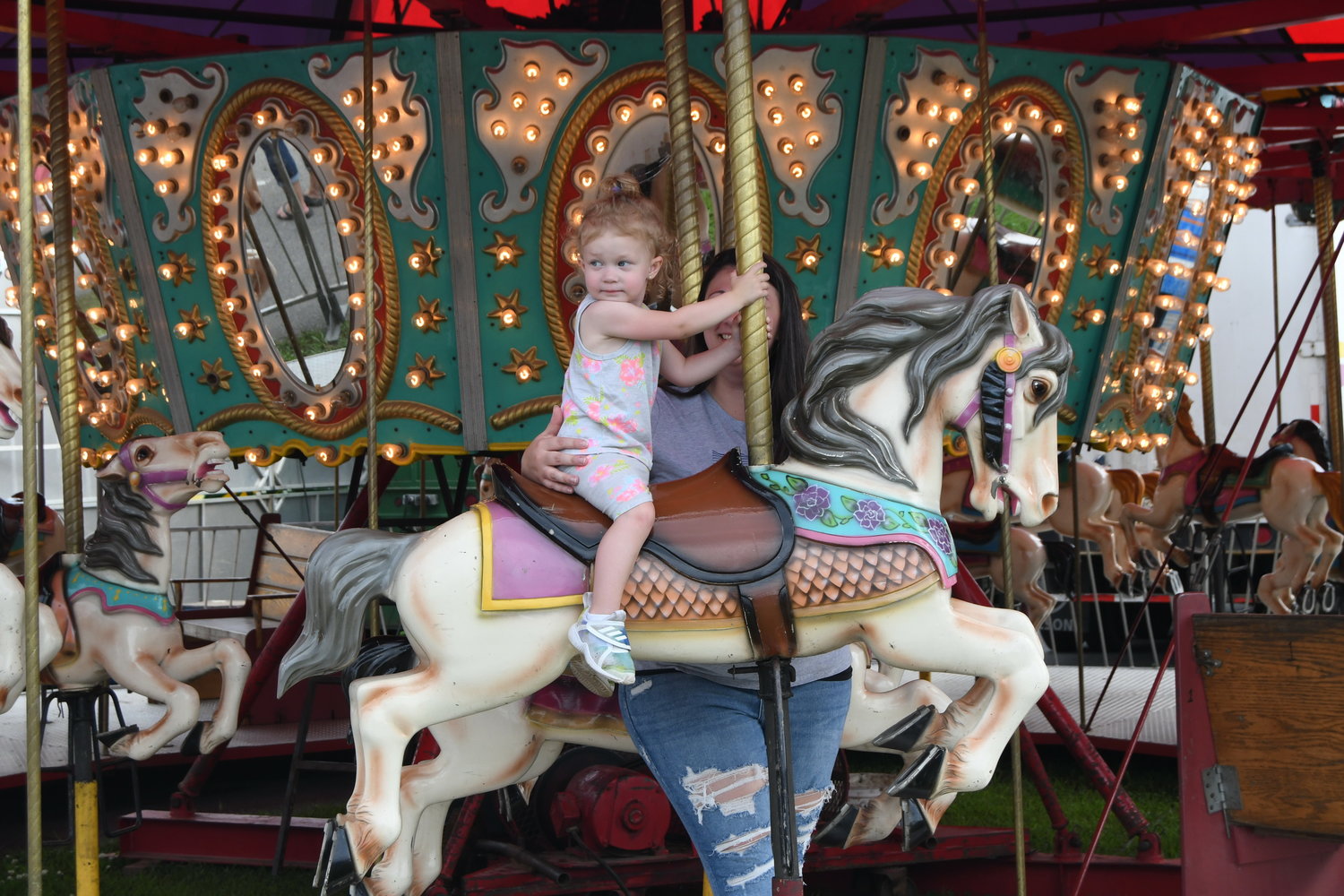 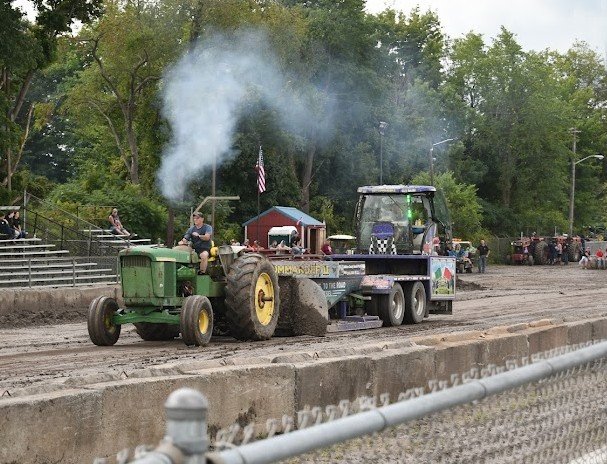 FRANKFORT — The 2022 edition of the Herkimer County Fair will kick off Tuesday, Aug. 16, with opening ceremonies set for 3 p.m. in the fairgrounds’ Memorial Park on Cemetery Street in Frankfort. The gates will officially open at 4 p.m.

“From Wagon Wheels to Ferris Wheels” is the theme for this year’s fair, which will run through Sunday, Aug. 21, and feature traditional annual events including talent show, pageants, animal judging, horse shows - classes on Saturday and gymkhana on Sunday - truck and tractor pulls and demolition derby, as well as exhibits, children’s contests, daily shows and concerts.

Demolition derby fans can check out the event at 7 p.m. either Thursday or Friday or both with Thursday’s event featuring cars, vans and trucks.

The schedule for opening day includes judging of the Small Animal category and the fair’s annual pageants for Jr. Miss, Little Mister, Little Miss, Princess, Prince and Fair Queen. A fireworks display is scheduled to begin at 10:30 p.m. to conclude the day’s events.

The Herkimer County Fair, like other fairs across the state, was forced to cancel its planned 2020 run due to the COVID-19 pandemic, but it was back last year and organizers are looking forward to this year’s event.

The Lego competition that was introduced at last year’s fair will be back again. Participants of any age are invited to participate as individuals or family groups by setting up a Lego display on a flat surface and bringing their entry to the fair by 10 a.m. on opening day.

“It was brand new last year,” said Elthorp, “but we had some pretty nifty setups.”

Senior Bingo will be back starting at 11 a.m. Wednesday, Aug. 17, under the fair pavilion. It’s been a popular event in the past and Elthorp expects that will be the case this year as well. “We give them bags of goodies and there are lots of prizes,” she said.

That event coincides with Senior Citizen/Adult Day, which offers half-price admission for all adults from 10 a.m. to 4 p.m. on Aug. 17.

On Children’s Days - 10 a.m. to 4 p.m. Wednesday and Thursday, Aug. 17 and 18 - children 11 and younger are admitted free. Rides will open at noon and on Thursday there will be a free ice cream giveaway starting at 1 p.m.

This year’s daily shows will include the Butterfly Encounter, offering the opportunity to feed live butterflies, Milkway Farm, Agri-Puppets and the All-Star Barnyard Revue and Pig Races.

There will be nightly concerts at 7:30 and 9 p.m. featuring Shania Twin and Les Smith presenting a tribute to Garth Brooks, Rylee Lum and his Family Band, Whiskey Creek and Critical Path.

The fair committee can plan for everything except the weather, said Elthorp, but she’s hoping for the best.

The fair’s website, www.herkimercountyfair.org, features a countdown to opening day and offers ticket information along with the daily schedule and details about registering for and entering contests, as well as a link to the fair’s Facebook page.

Fire later destroyed the grandstand. The Herkimer County Fair was incorporated and held annually after it moved to Frankfort in 1950. Then, in 1958, it moved to a permanent site on Cemetery Hill Street in Frankfort after the Slocum Farm was purchased. The first fair at the new site was held that year using the existing farm buildings and plenty of tents with Gillette Shows providing the carnival for the four-day event. Attendance totaled 14,000.

The 26-acre fairground now has 10 permanent buildings including a permanent bathroom and shower facility, a horse corral, and 1,850 aluminum bleacher seating surrounding the event show ring. Annual attendance for the six-day fair exceeds 70,000, according to the fair’s website.