The cause of a partial building collapse on Park Avenue in Herkimer remains under investigation today, according to the Herkimer Fire Department. The collapse sent one woman to the hospital … 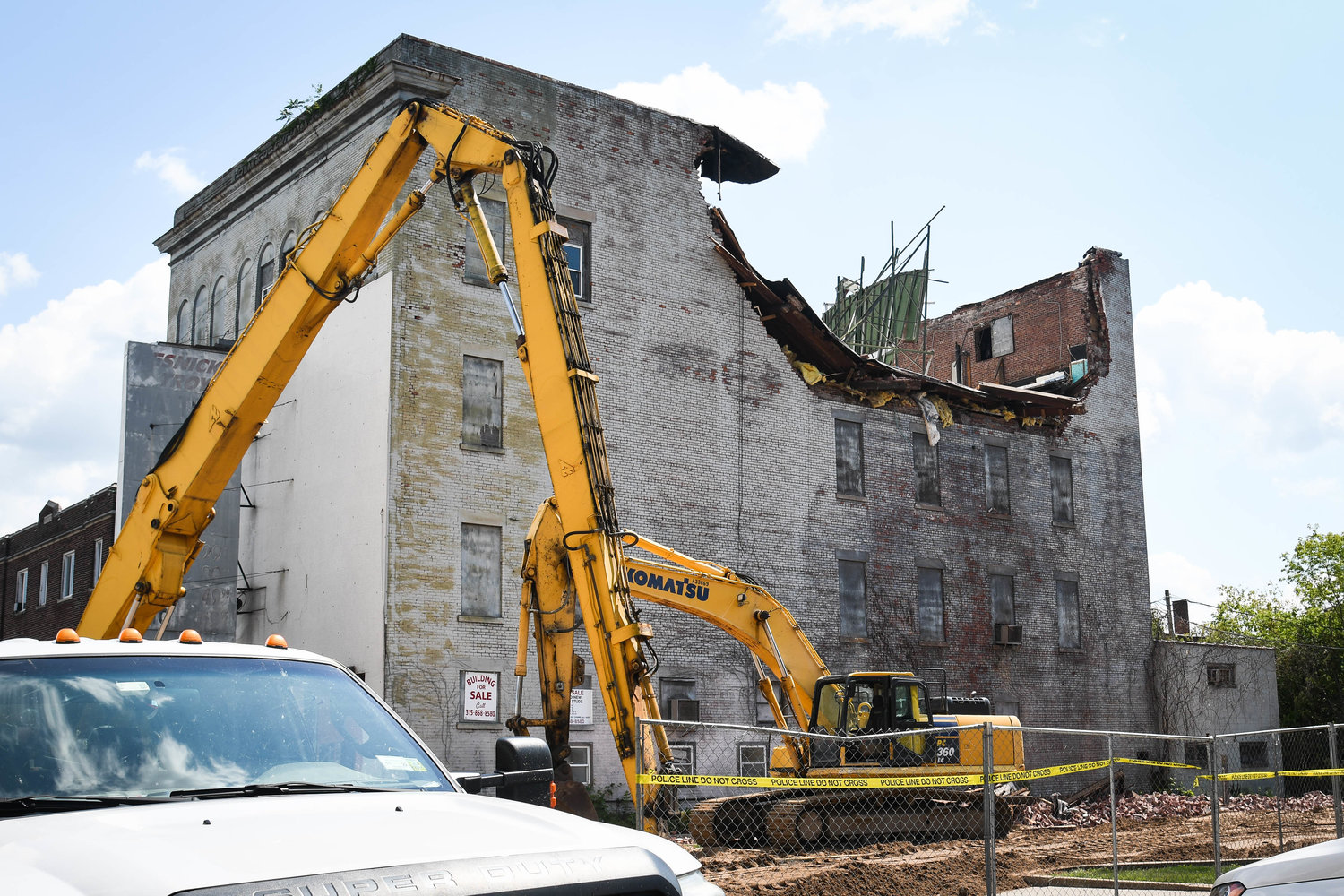 Crews work to examine why this building at 113 Park Ave. in Herkimer partially collapsed Friday afternoon. Fire officials said decisions are still being made as to whether or not to demolish the rest of the structure. One woman was hospitalized after falling debris landed on her car, with her inside, officials stated.
(Sentinel photo by Alex Cooper)
Posted Tuesday, August 9, 2022 8:27 am
Sean I. Mills
Staff writer
email / twitter

HERKIMER — The cause of a partial building collapse on Park Avenue in Herkimer remains under investigation today, according to the Herkimer Fire Department.

The collapse sent one woman to the hospital after bricks and debris fell on her car, authorities said. A total of 14 people have been displaced from surrounding homes.

“The top story, there was structural collapse of the truss system,” explained Herkimer Fire Chief Mike Moody on Monday. He said the structural engineers are still examining the building.

The structural collapse led to further collapse down to the third and second floors, with bricks falling on either side of the building, the chief stated. The collapse occurred at about 4:30 p.m. Friday.

On the west side, the chief said the bricks fell into the parking lot of the Post Office, injuring a woman parked below.

“There was a lady in a vehicle, her car was crushed with her in it,” Moody stated.

The woman had to be extricated from the vehicle and she was taken to St. Elizabeth Medical Center in Utica for treatment. Moody said he did not know the woman’s medical condition on Monday.

On the east side, the chief said the bricks damaged a multi-unit residence and multiple people have been evacuated as a precaution.

The American Red Cross said they are assisting a total of 14 people who have been displaced by damage caused by the collapsing building.

Chief Moody said the building was being used for storage by a commercial business. He said the “initial plan” was to demolish the entire building, though those decisions are still under legal discussion.