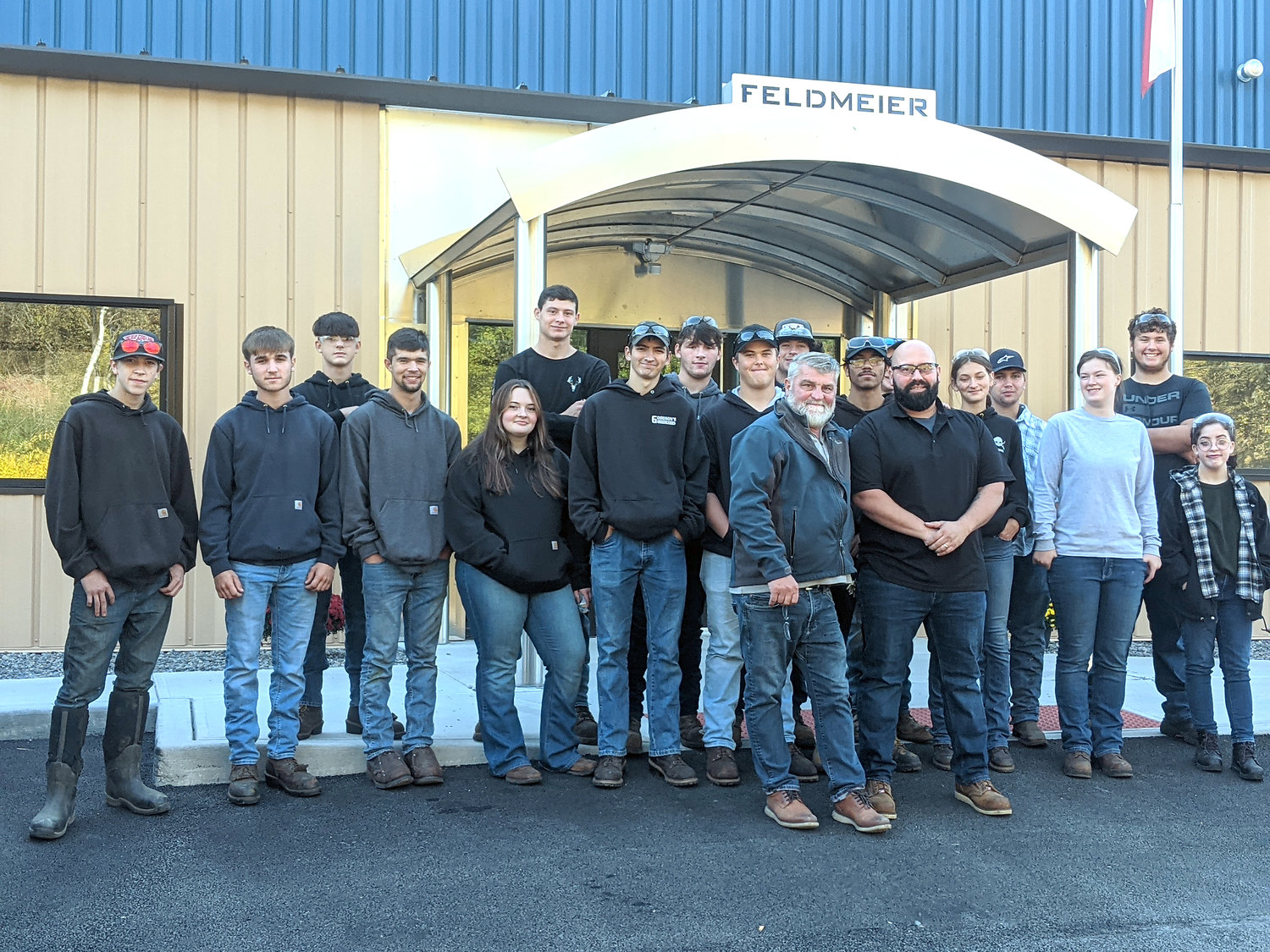 The tour served not only as a way to learn more about a local business, but also as an introduction to a place where the students will be doing a work-study internship program in April 2023. They also could have the opportunity to work professionally at Feldmeier after graduation.

“It’s great for the students,” he explained. “They can see a possible path for themselves through former students working there and enjoying it. It is work, but it is a great opportunity right in our own backyard.”

The students on the Oct. 6 tour were joined by Feldmeier Equipment Plant Manager Elroy Moore. They got to see welding practices being put to work, robotic machines, several-hundred-thousand-gallon tanks and more.

In class, students practice various welding skills or work on small projects, but the tour allowed them to see how various aspects of welding come together as part of a business, Fisher said.

Feldmeier is one of the largest manufacturers of stainless steel tanks in the country and ships tanks all across the world. The company employs several hundred welders and fabricators all around the country and nearly 100 welders in Little Falls, Fisher said.

The large size of the facility, the tanks and the overall operation can be intimidating for students to see, but taking the tour helps alleviate those concerns before the internship opportunity, he added.

Senior students in the Herkimer BOCES welding program are encouraged to attend the work-study program at Feldmeier for a week or two in April each year. During the internship experience, students go through safety training and work directly with the Feldmeier crew, Fisher said.

“It opens up that employment avenue,” he explained. “It opens up the door where they have that line of communication already established and Feldmeier will hire them right out of high school.”