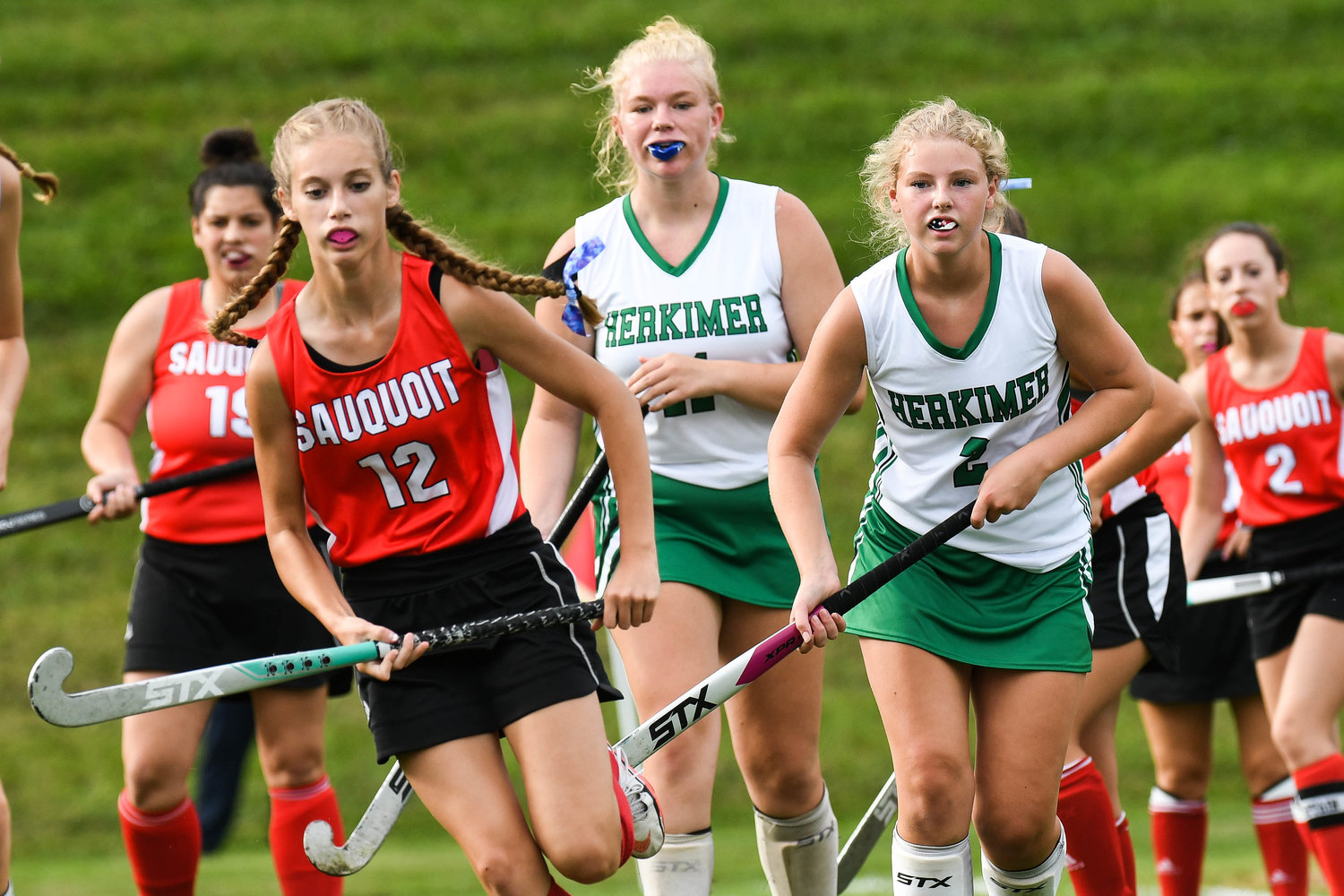 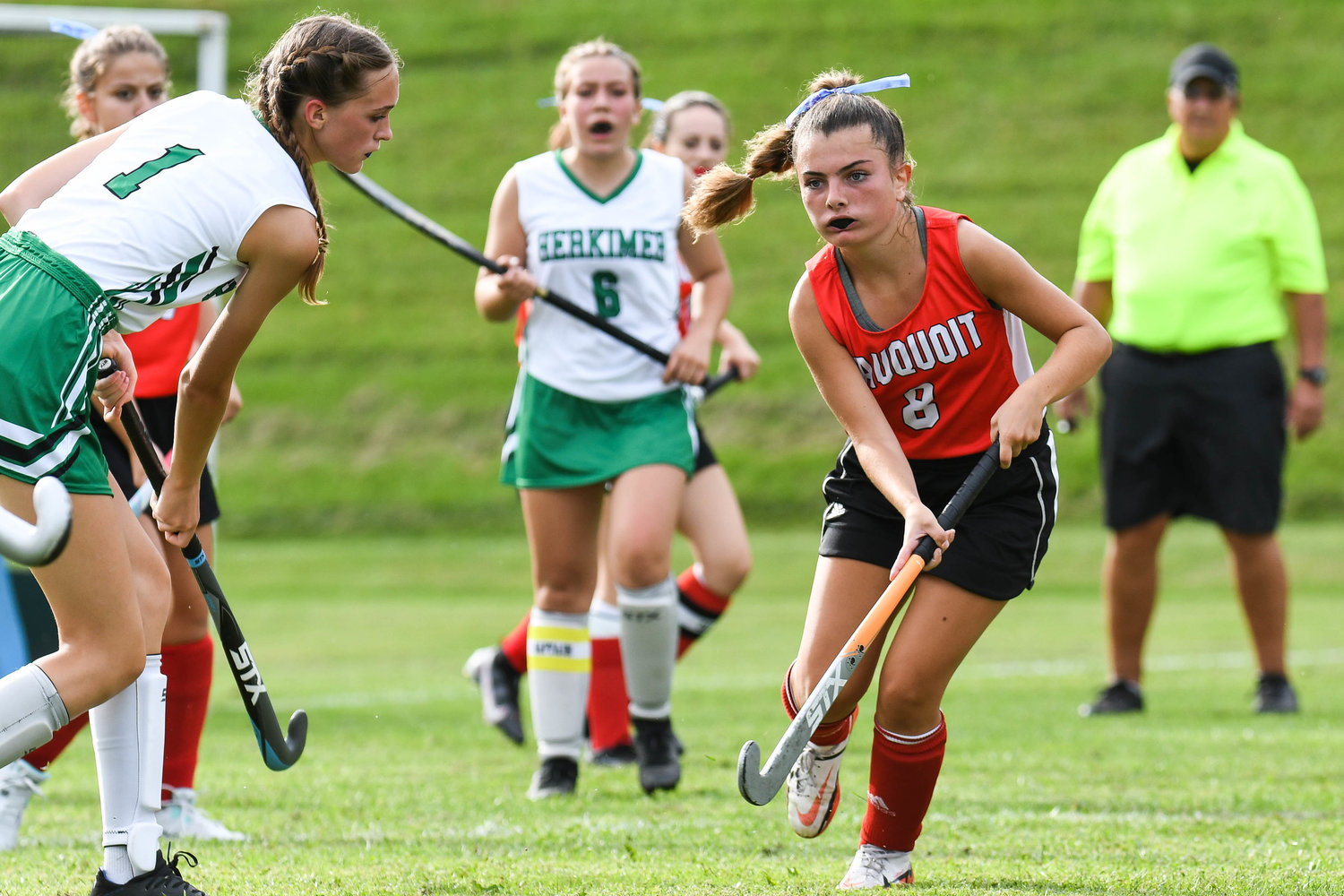 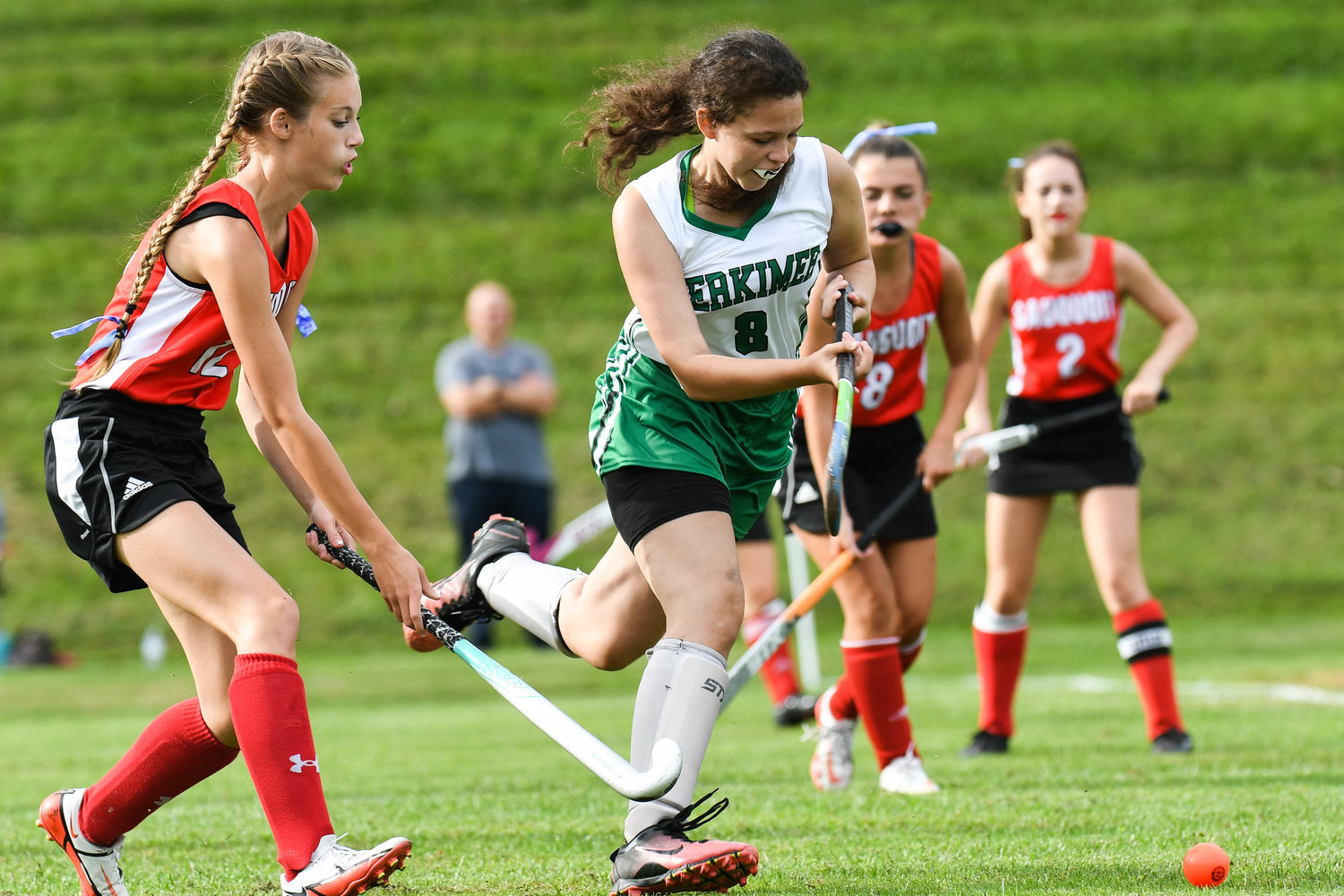 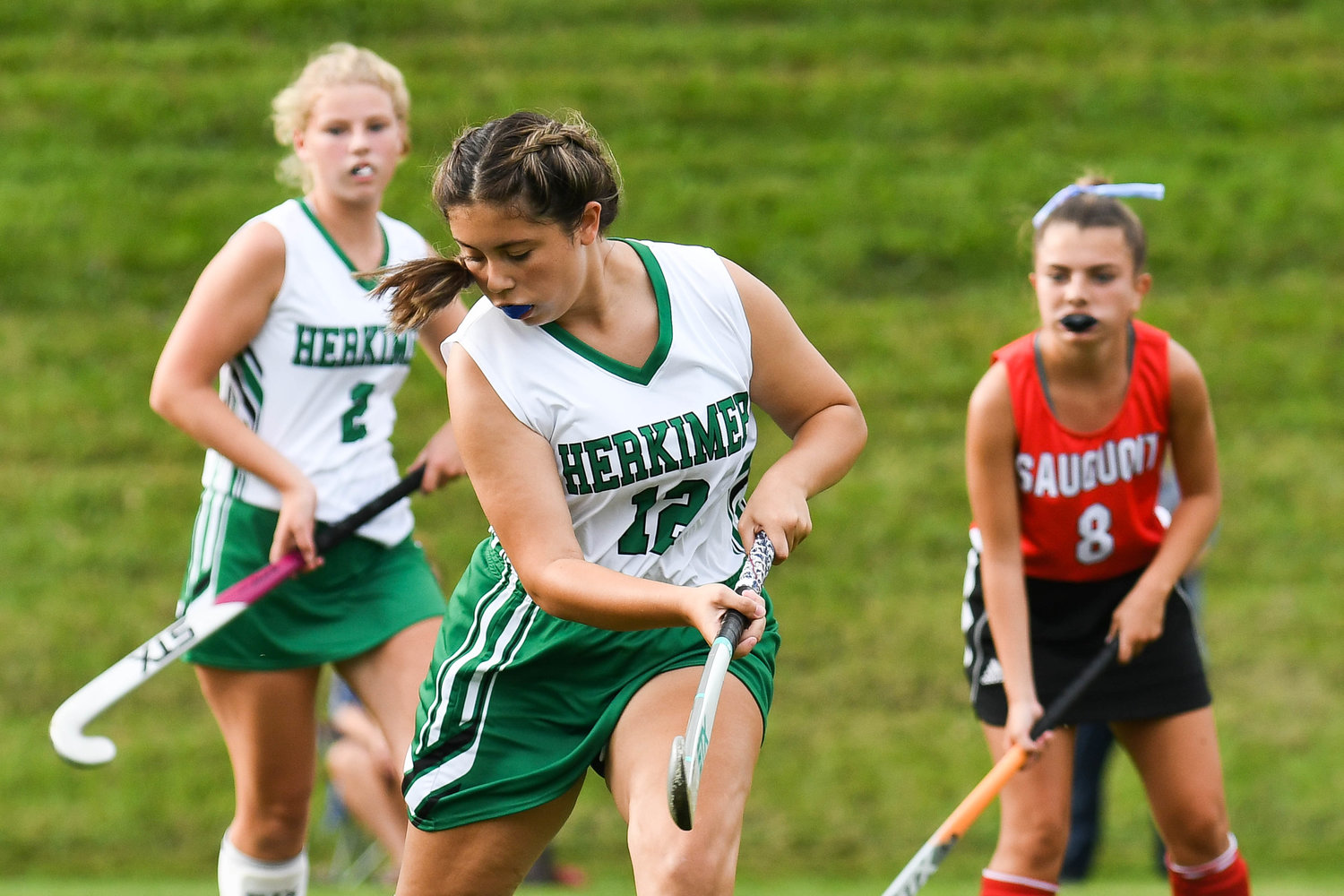 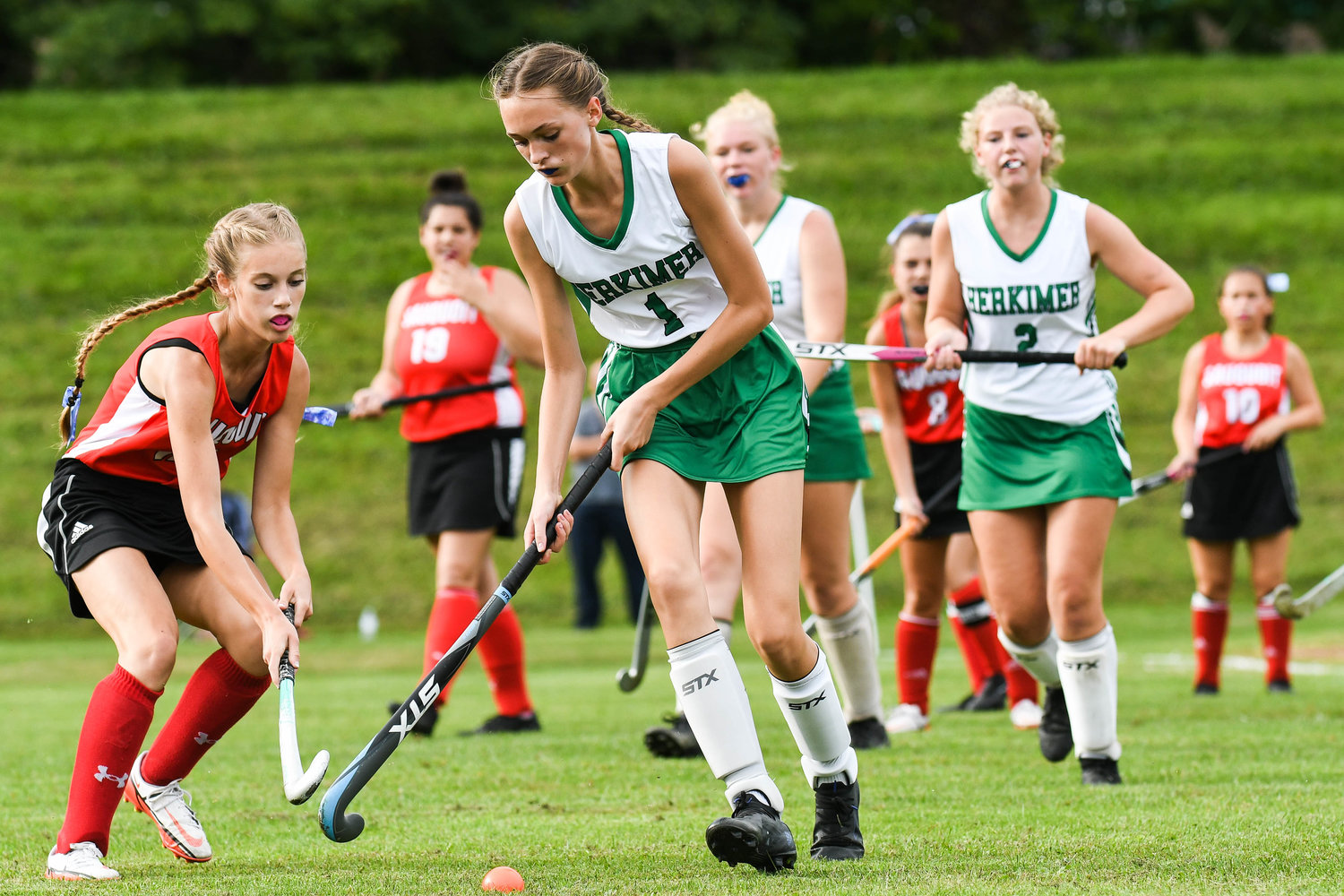 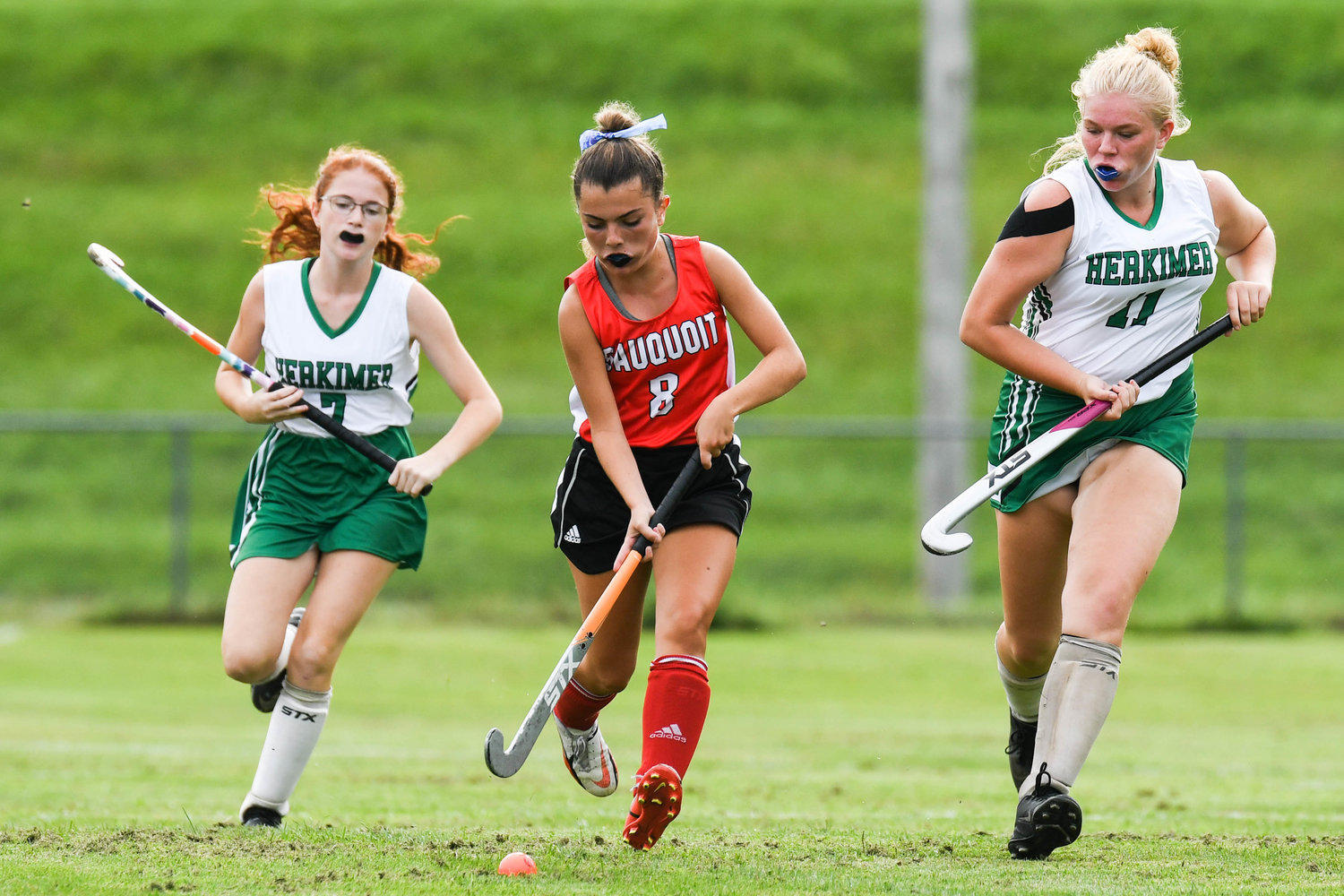 A 10-minute overtime wasn’t enough to decide the field hockey game Monday between Herkimer and Sauquoit Valley. The two Center State Conference teams ended with a scoreless tie in Herkimer.

Hannah Minguela made seven saves for the Magicians.

Emily Forbes stopped the only shot on goal she faced.

Sauquoit hosts Morrisville-Eaton in the league at 6 p.m. Wednesday.

The Vernon-Verona-Sherrill field hockey team defeated host Whitesboro Monday on the strength of two-goal games from both Meredith Guertin and Carmella Garcia.

Grace Croft tallied an assist in the Tri-Valley League win.

Devyn Balfe saved the lone shot she faced in goal for the Red Devils.

VVS travels to New Hartford for a league matchup at 5:30 p.m. Wednesday.

Whitesboro is at Oneida in the TVL at 4:15 p.m. Wednesday.

Clinton field hockey gets shut out

Canastota earned a 2-0 home win over Clinton Monday in the Center State Conference.

The Raiders’ goal scorers were Makayla Faber and Kory Matteson.

In goal for Clinton, Chloe White made 19 saves.

Jack Tamburino scored three goals in a 10-minute span in the second half of the Westmoreland-Oriskany boys soccer team’s 4-1 win at Little Falls Monday in the Center State Conference.

With the score tied 1-1 at the break, Tamburino struck three times to power the Bulldogs to a win.

Anthony Sawanec scored in the first half for the Bulldogs. Jack Tagliaferri had a pair of assists and Nick Hays and Tyler Szarek had one each.

A pair of Bulldogs split time in goal, with David Cronauer stopping three shots and allowing one goal and Dave Zinicola stopping the lone shot he faced.

Jack Morotti scored for the Mounties on an assist from Brian Lindsay.

Westmoreland-Oriskany has now won all four of its games and will host league foe Utica Academy of Science at 4:30 p.m. Wednesday.

Little Falls, 1-2-1, travels to Canastota for a league game at 7 Wednesday night.

Sauquoit Valley piles on against Sherburne-Earlville

Quincy Stayton scored twice and had an assist in the win. Rocco Femia and Zachary Latino also scored two goals each. Aaron Johnson and Nicholas Giuliano had a goal and an assist each. Also scoring were Allen Brown and Alex Prichard. Alex Keller and Lucian Thompson each tallied an assist.

In goal, Sauquoit’s Prichard (two saves) and Broc Barker (one save) split time.

Sauquoit hosts Waterville at 6 p.m. Friday in the league.

Alivia Rizzo scored a hat trick for the Oriskany but the team lost 5-3 at Frankfort-Schuyler Monday in non-league play. On Tuesday, she scored the only goal of the game for a 1-0 Center State Conference win at West Canada Valley.

On Monday, Rachel Daskiewich assisted on two of the goals and Juliet Tagliaferri also earned an assist.

Statistics for Frankfort-Schuyler were not provided.

In Tuesday’s game, Burnop stopped all 12 shots she faced to earn the shutout.

Stephanie Beyer, Mia Hanselman, Tai Nortz and Maya Laribee all had a goal each. Nortz also had an assist. Peyton Cole had two assists. Jenne Weiler and Carli Freeman also recorded an assist each.

Jerika Myers had one save in net for Lowville.

Adirondack played a Center State game at Canastota Tuesday. Results were not available at press time.