The Herkimer football team has a lot of competition among players on this fall’s squad.  That’s a positive for Mike Jory as he begins his second season as Magicians head coach. 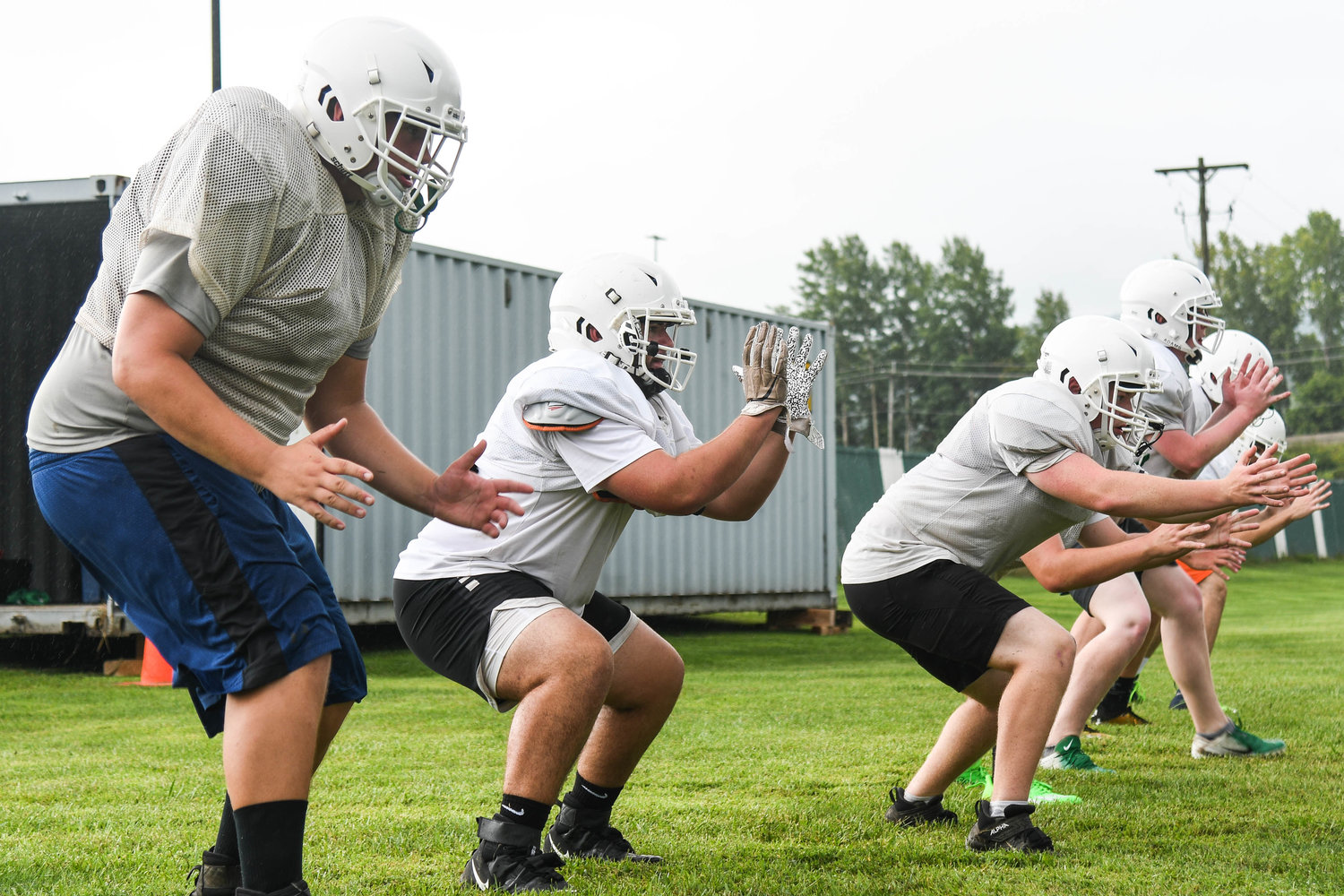 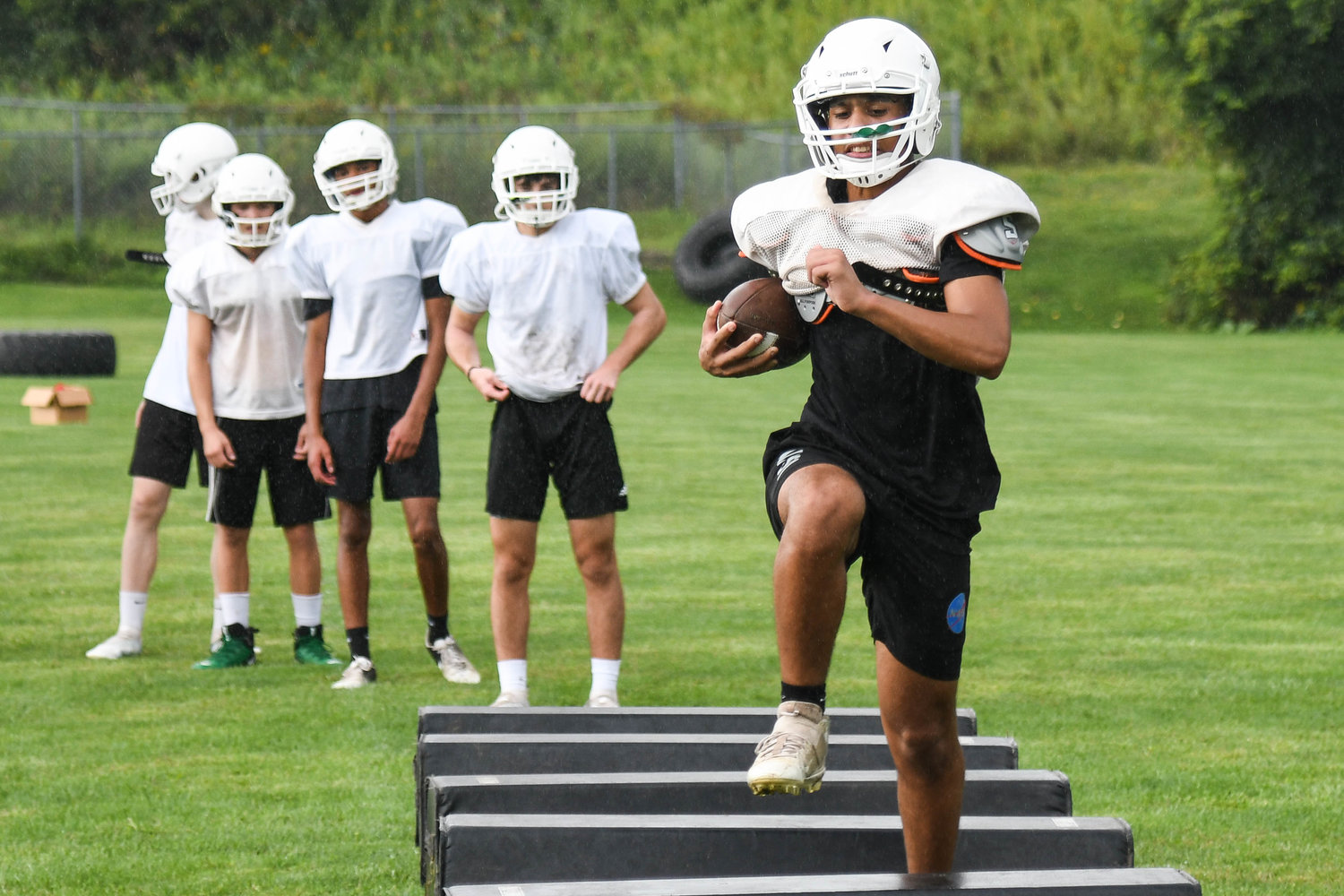 Herkimer running back Emmanuel Johnson works on speed drills during practice. Johnson is among the options in the backfield for Herkimer.
(Sentinel photo by Alex Cooper) 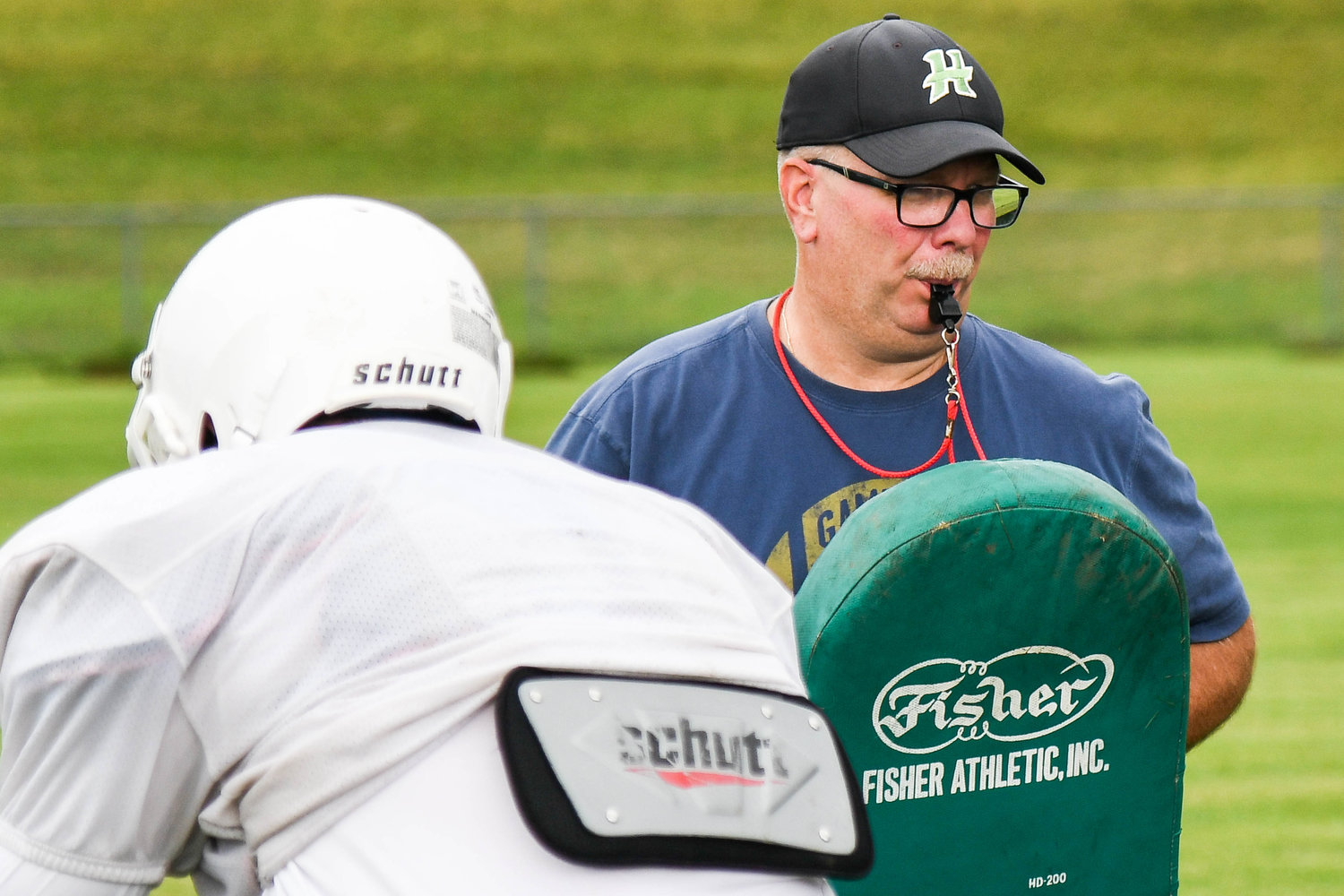 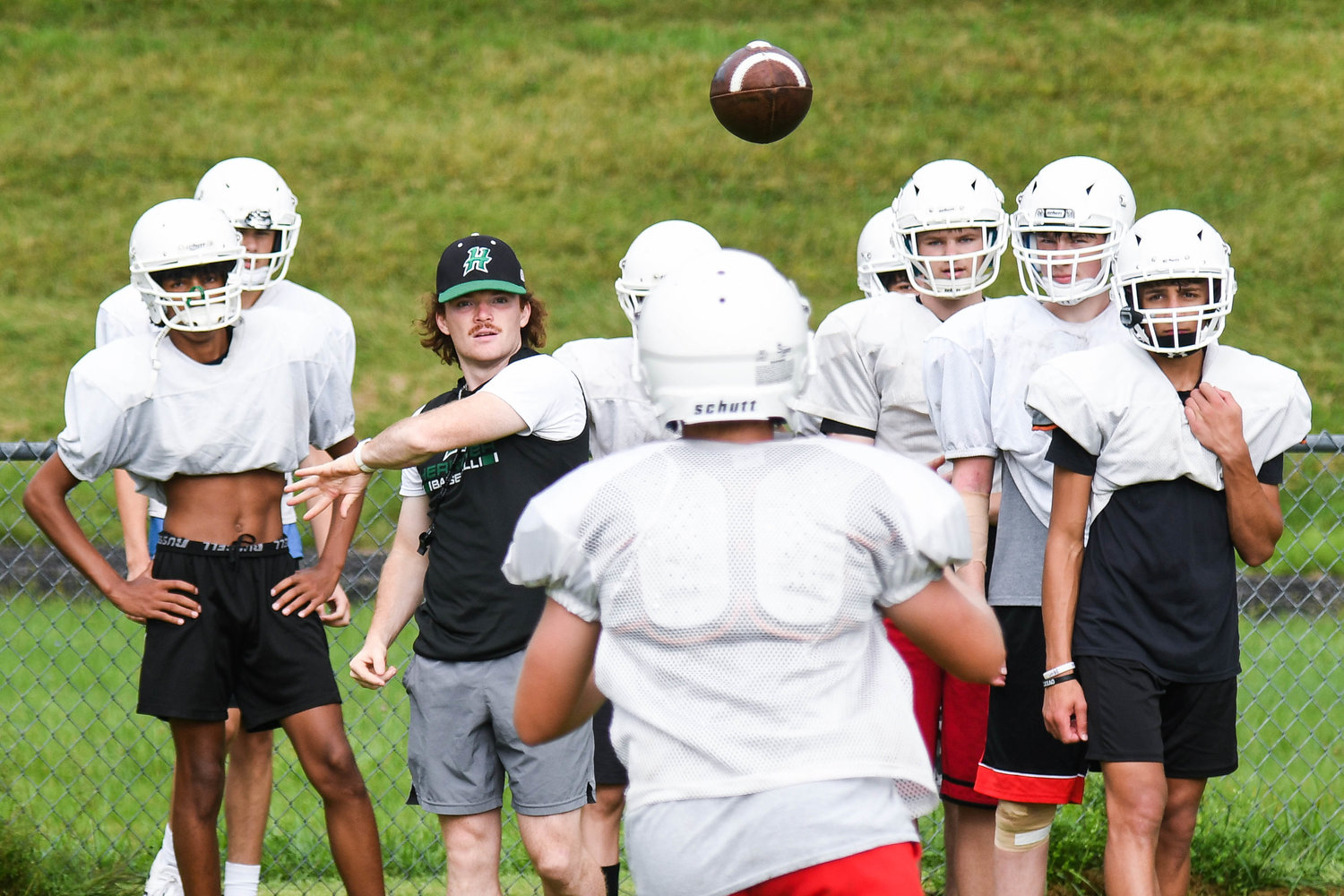 Herkimer coach Zach Steele works with the receiver group during a recent practice. The Magicians are hoping to have a better passing game this season.
(Sentinel photo by Alex Cooper)
Previous Next
Posted Saturday, September 10, 2022 6:00 pm
Herkimer’s football schedule

HERKIMER — The Herkimer football team has a lot of competition among players on this fall’s squad.

That’s a positive for Mike Jory as he begins his second season as Magicians head coach. The team had struggles through last fall’s 2-6 finish – one win came via forfeit – while trying to find the right personnel at positions.

With nine starters returning there’s optimism for improvement for a team that dropped four of the last five games in 2021 by more than 30 points.

“Our line has come back much bigger, stronger and faster,” said Jory, who coached Herkimer’s modified team before taking the varsity job. “The motivation and the buy-in has been fantastic this year.”

Among the team’s 32 players, there are nine seniors and nine juniors while Herkimer is “heavy on sophomores,” Jory said. Some of the sophomores could start, he said.

“It is very refreshing to see 32 young adults work so well together,” he said. “We have a lot of competition but a lot of support of each other.”

After trying to fill a gap at quarterback in 2021, the team returns senior Nick Caruso, who brings “quite a bit of confidence,” to the position, Jory said. Also in the mix is sophomore Steven Naegele.

Offensively, there’s a goal of adding an “aggressive passing game” should the team get its run game going to be successful. While Herkimer lost running backs Dylan Hart and Jacob Huyck to graduation, there are a few options this fall.

Both the running back and receivers — led by sophomore Zack Petucci — groups have set goals for more yardage after a run or catch.

The team lost one lineman and the experience returning should benefit the Magicians’ goal of dominating the line of scrimmage this year. The group is led by seniors David Bass and Logan Coonradt as well as junior Colin Hart.

The Magicians have a few goals on the field, especially for a defensive unit that allowed about 33 points over seven games in 2021.

One of the goals, Jory said, is for the defensive line not to give up as much on the run. Herkimer’s defensive unit also wants to limit the number of first downs allowed.

“Last year our defense was weak. So, we are hoping to eliminate the first downs and the big play,” he said.

Herkimer remains in a tough Class D East and gets a big test on Sept. 10. The team plays Dolgeville, which won a Section III-best 18th championship last fall. Little Falls, Mount Markham and Sherburne-Earlville all moved into Class D this fall.

“Class D is very competitive,” Jory said. “We don’t like to focus on a team. Right now, our saying is ‘the first game and then the next game.’”