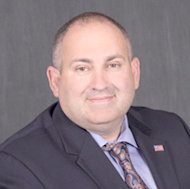 During his leadership Helio Health has grown from an annual operating budget of $7 million to $93 million with more than 1,000 people employed. Also, during his tenure, the organization expanded into Rochester, Binghamton, Utica, and
Johnstown and completed four mergers.

Klemanski will be relocating to Chicago, Ill., to become president and CEO of the Gateway Foundation, a national non-profit leader specializing in the treatment of adults with substance use disorders and co-occurring mental health disorders.

“Helio Health would like to assure the community, our partners, employees, and stakeholders that Helio Health has a very strong team and strategic plan that will continue to provide services to those who need care for substance use, mental health, and housing services,” the company’s announcement said.

“I am incredibly proud of what we have built together in New York. Helio Health is a model agency for serving people affected by substance use, mental health, or housing needs. We have a deep bench of talent that will carry our mission, vision, and strategic plan forward,” said Klemanski.

Kathleen Gaffney-Babb, executive vice president and chief operating officer will serve as the interim president and CEO during the transition.

“As Jeremy begins his next adventure, he leaves behind a legacy of an expectation of loving our people first and foremost, of investing in our colleagues as our greatest resource and providing progressive evidence-based person-centered services that demonstrate the respect and responsibility we have for the people we serve,” said Gaffney-Babb.