SUNY Poly has selected Jeff Hallenbeck as the head coach for the women’s soccer team. 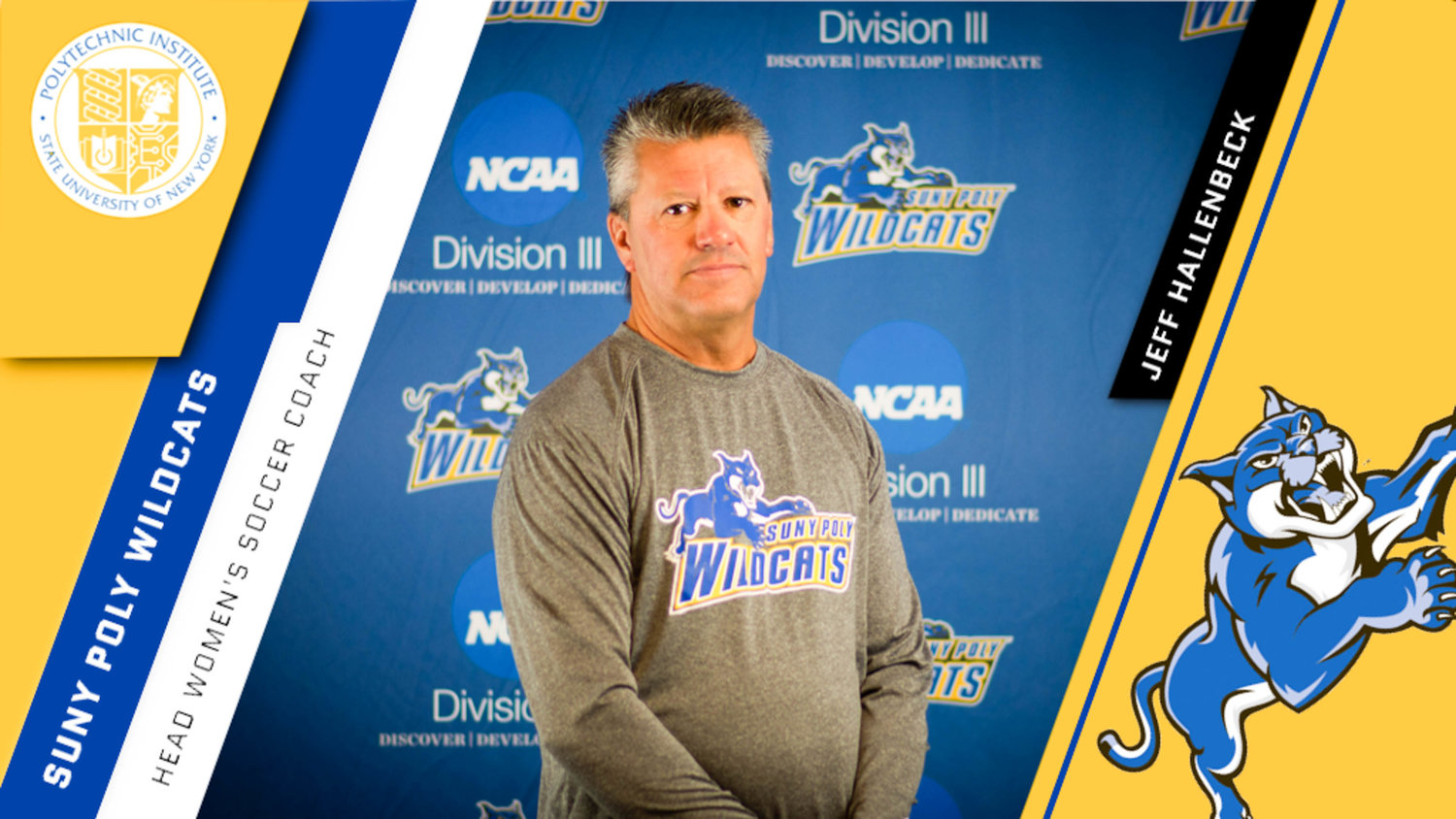 MARCY — SUNY Poly has selected Jeff Hallenbeck as the head coach for the women’s soccer team.

He started his head coaching career at Medway High School in Massachusetts. He made the move to the collegiate level, accepting the position of head coach at Sheridan College in 2014.

Hallenbeck made the jump to NCAA Division III as assistant men’s soccer coach at Curry College in 2016.

Hallenbeck led his high school prep teams (2010-2014) to several championships and was named the 2013 Boston Globe State Division III Coach of the Year. He earned a Premier Diploma in 2014 from the NSCAA, now known as the United Soccer Coaches.

Hallenbeck earned his bachelor’s degree in movement arts/physical education from Eastern Nazarene College. He then earned a master’s degree in educational administration from the University of Scranton.