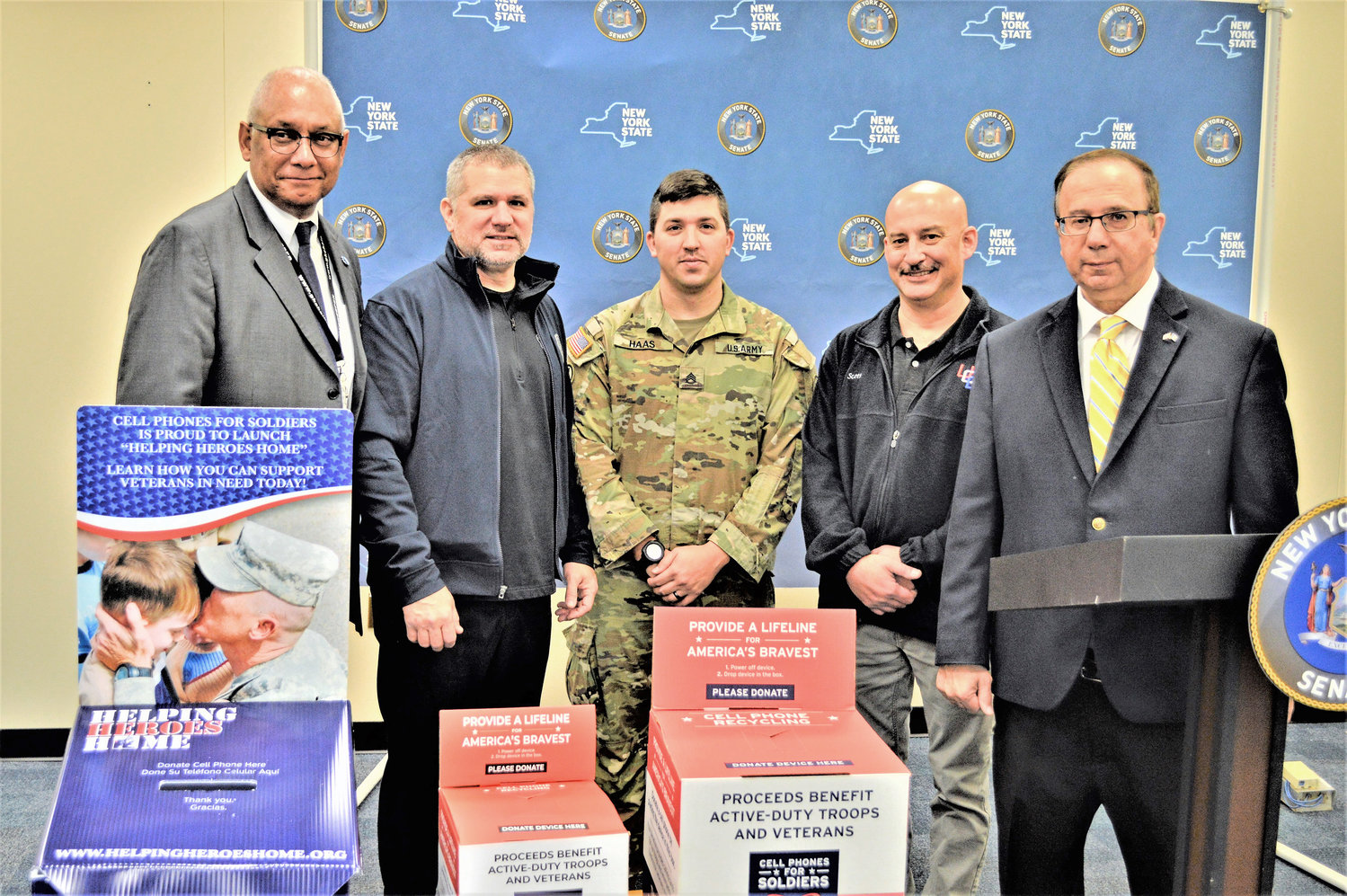 The collection drive starts on Veterans Day - Thursday, Nov. 11 - and runs through Saturday, Dec. 11. The public and businesses can drop off gently used and unwanted cell phones and/or tablets at collection bins in AT&T stores throughout the region and at several public locations throughout the senator’s district.

“For every donated phone, mobile device or tablet valued at $5, Cell Phones For Soldiers is able to provide 2.5 hours of free talk time to deployed troops via calling cards. All proceeds from the recycled devices will be used to buy long distance calling cards and other communication services for troops at home and abroad. As many as 200,000 troops are serving in the U.S. military around the world and by donating to Cell Phones For Soldiers, local residents and businesses can provide a valuable lifeline for America’s bravest men and women to connect with loved ones back home,” a release notes.

“The holidays can be a difficult time for our military because they are often so far away from their families,” Griffo said. “The simple sound of a loved one’s voice can go a long way to lift up their spirits.”

“These brave men and women have stepped up to serve our nation, and I am proud to be teaming up with AT&T, the Central New York Veterans Outreach Center, the Utica Comets and Cell Phones for Soldiers to help connect these troops to their families back home,” he added.

This is the sixth year that the drive has taken place. Residents throughout Sen. Griffo’s district have donated approximately 4,891 devices and have provided troops with approximately 334,125 minutes.

For more information on Cell Phones For Soldiers, visit: www.cellphonesforsoldiers.com.