Griffo calls for probe into rise in prison violence

Violent acts have become all too common at the state’s correctional facilities, state Sen. Joseph Griffo on Friday.

Griffo calls for probe into rise in prison violence 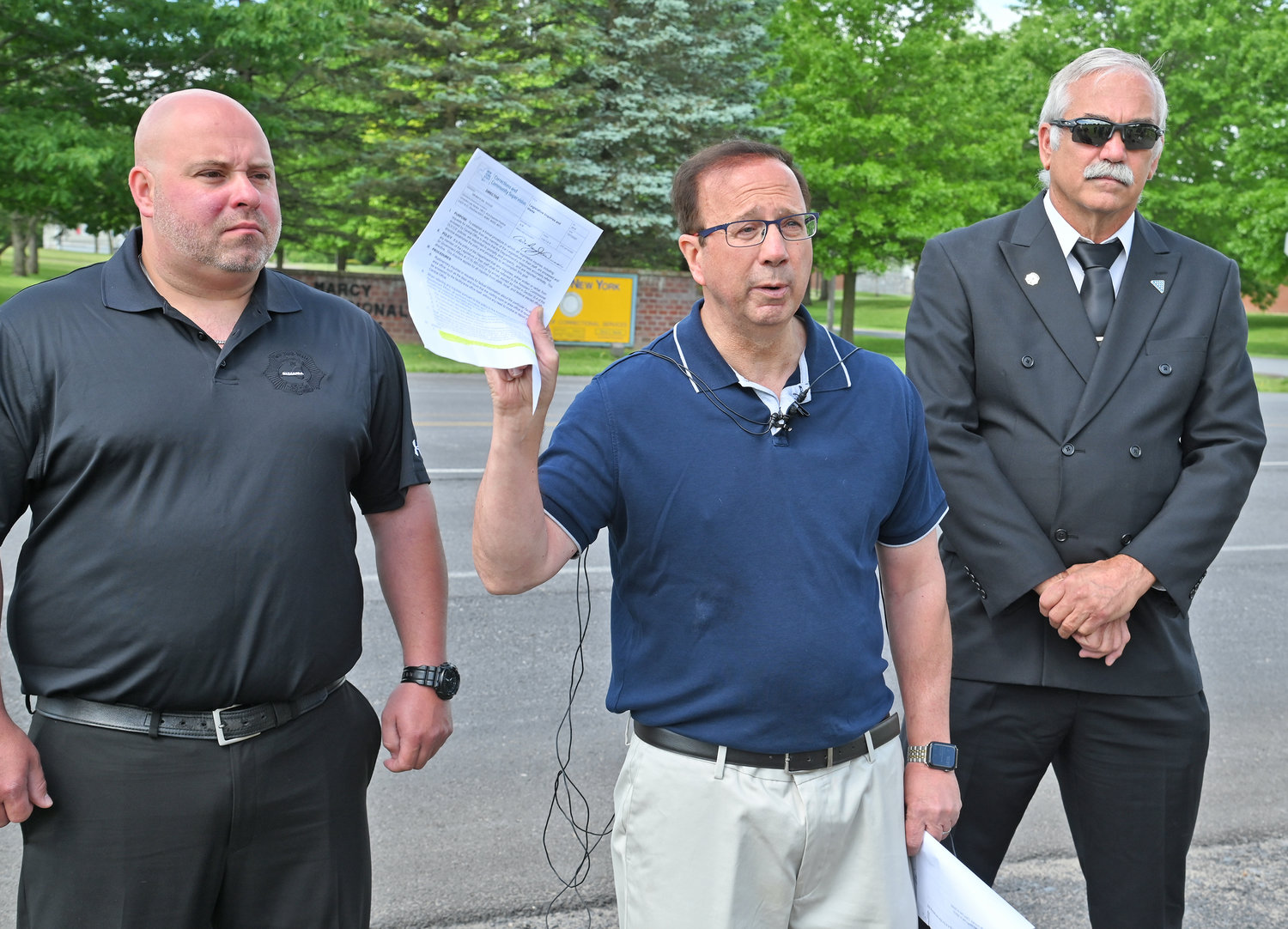 MARCY — As part of his continued efforts to address rising violence against corrections officers and civilian staff, state Sen. Joseph Griffo, R-47, Rome, on Friday made an unannounced visit to Marcy Correctional Facility.

During his visit, Griffo toured the medical unit, the residential mental health unit where a recent assault took place and other problem areas at the complex. He also met with corrections officers, civilian staff and administrators and discussed potential solutions to address and alleviate incidents of violence against staff.

Violent acts have become all too common at the state’s correctional facilities, Griffo said.

The New York State Correctional Officers & Police Benevolent Association (NYSCOPBA) recently reported that assaults on staff reached a record number of 1,173 in 2021. Assaults on staff this year puts the state Department of Corrections and Community Supervision (DOCCS) on a pace to meet or exceed 2021’s record breaking total, according to the association.

Most recently, a planned attack by two inmates at Marcy who were pretending to be unresponsive in their cells resulted in the hospitalization of three officers with various injuries. There also have been several overdoses in the facility that have necessitated the used of Narcan to revive inmates, as well as staff who had been exposed to dangerous drugs following inmate overdoses.

“I appreciate the accessibility and openness shown by the corrections officers, staff and leadership that I interacted with while touring the Marcy Correctional Facility,” Griffo said. “The HALT Act and other flawed policies put in place because of one-party control of state government are not working and have created dangerous working conditions. We need to address staffing concerns, provide resources and implement policies that will protect the men and women at Marcy and other correctional facilities across the state, including a secure vendor program and access to drug-detecting equipment and technology. I have made it a priority to support corrections officers and civilian staff and will continue to be an active voice for them in Albany.”

“I commend Sen. Griffo for doing what he is doing and trying to help out the hardworking members of NYSCOPBA,” NYSCOPBA Central Region Vice President Bryan Hluska said. “He’s a true civil servant who not only is listening but trying to push for change and take action. He’s not just giving us lip service.”