Griffiss is part of regional bid to land Amazon

BY DAN GUZEWICHStaff writerThe Mohawk Valley is a key part of the regional effort to submit a long-shot bid for online retailer Amazon’s second headquarters.Cities across the U.S. and Canada are …

Griffiss is part of regional bid to land Amazon 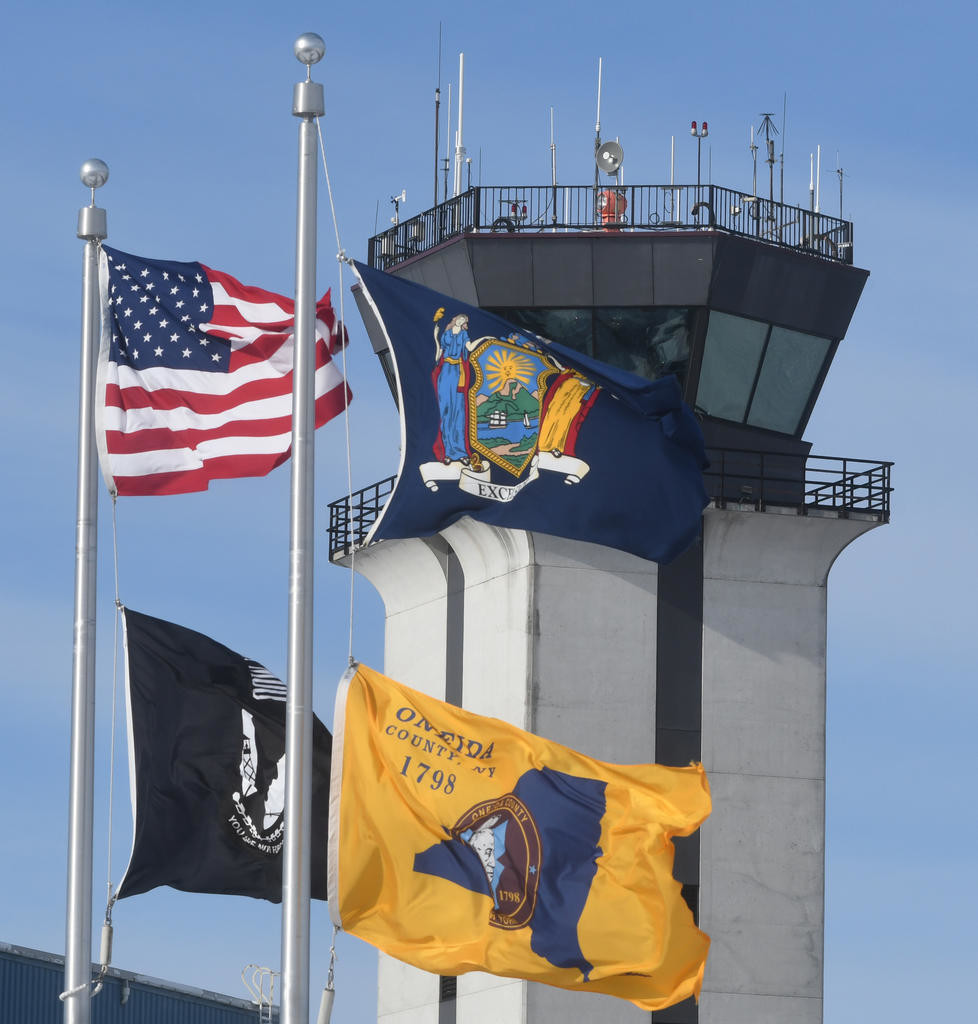 PART OF REGIONAL EFFORT — Flags fly in front of the air control tower at Griffiss International Airport in this file photo. Griffiss is part of a multi-county effort to secure a second headquarters for the online retail giant Amazon. (Sentinel file photo by John Clifford)
Posted Friday, October 20, 2017 12:30 pm

The Mohawk Valley is a key part of the regional effort to submit a long-shot bid for online retailer Amazon’s second headquarters.

Cities across the U.S. and Canada are clamoring at the prospect of landing the Seattle-based tech giant’s initiative — and with it, investments topping $5 billion. Amazon says the project could create as many as 50,000 new full-time jobs. Thursday was the deadline for proposals to be submitted. The company is expected to select the location next year.

CenterState Corporation for Economic Opportunity came up with a bid that focuses on a swath of the state that includes Rome, Utica and Syracuse, as well as Cayuga and Cortland counties, rather than a single location. The drone testing site at Griffiss International Airport is prominently mentioned as one of the region’s attractions for Amazon, as the company develops drones to drop purchases off.

The burgeoning unmanned systems industry and exclusive capabilities developed at the NUAIR test site in Rome create an imperative for the company to build its headquarters in the region, according to CenterState, the Syracuse area economic development agency. As Amazon works to revolutionize e-commerce by developing and testing drones, also called unmanned aerial systems, for product deliveries it will have access to the nation’s only operational and fully funded unmanned traffic management corridor for testing beyond visual line of sight.

The 50-mile drone test corridor between Griffiss and Syracuse Hancock International Airport will be fully operational by the end of 2018. In addition to the corridor, the company would also have access to shared data from the implementation of the region’s drone traffic management and standardized testing and rating systems.

“If Amazon located its headquarters here it would have access to something not found in any other metro or community, a private airspace with an unmanned traffic management test corridor,” said Oneida County Executive Anthony J. Picente Jr. “I believe this gives us a significant advantage over other locations, as Amazon could then fully develop its technology and ensure the safe integration of Prime Air delivery drones into the national air space.

According to the proposal, the Central New York market offers Amazon a savings advantage from a comparative lower cost of labor and real estate. It is projected that as employment ramps to full operation over the course of the first 10 years, Amazon will experience an $8 billion comparative operational savings over the current Seattle location, and at full operations, will realize a $1.4 billion year-over-year savings.

The Cost of Living Index is also 50 percent less than that of Seattle.  Additionally, the region’s capabilities in energy efficiency and planning would enable Amazon to create a world-class, net zero energy and smart urban campus that could also result in a 75 percent reduction in costs.

“Our region is proud and excited to be partnering with Oneida County and the entire Mohawk Valley region on this innovative proposal,” said Onondaga County Executive Joanie Mahoney. “We have already launched an unmanned aerial systems test corridor from Syracuse to Utica-Rome and believe this corridor will make an ideal location for Amazon’s second headquarters.”

The proposal also urges Amazon to envision how its headquarters location could fundamentally shift approaches to meet the pressing needs of a community while also creating a template for solving the issues related to poverty.

“This proposal outlines a bold vision to attract a company looking to locate and grow in the kind of place where it will be in a position to break new ground and deploy innovative future-leading operations,” said Andrew Fish, senior vice president of economic development at CenterState. “While we believe it will absolutely get the attention of Amazon, we also expect it to draw interest from other companies looking for headquarters locations.

“We know this region is remarkable in terms of its talent, location, cost, intellectual assets and technological capabilities.”

The proposals are supported by a full complement of state incentives, including Excelsior tax credits tied to potential job creation and other assistance with the development of office space, workforce development, educational programming and research collaborations.

The full Central New York proposal can be downloaded and reviewed at www.centerstateceo.com/amazon.