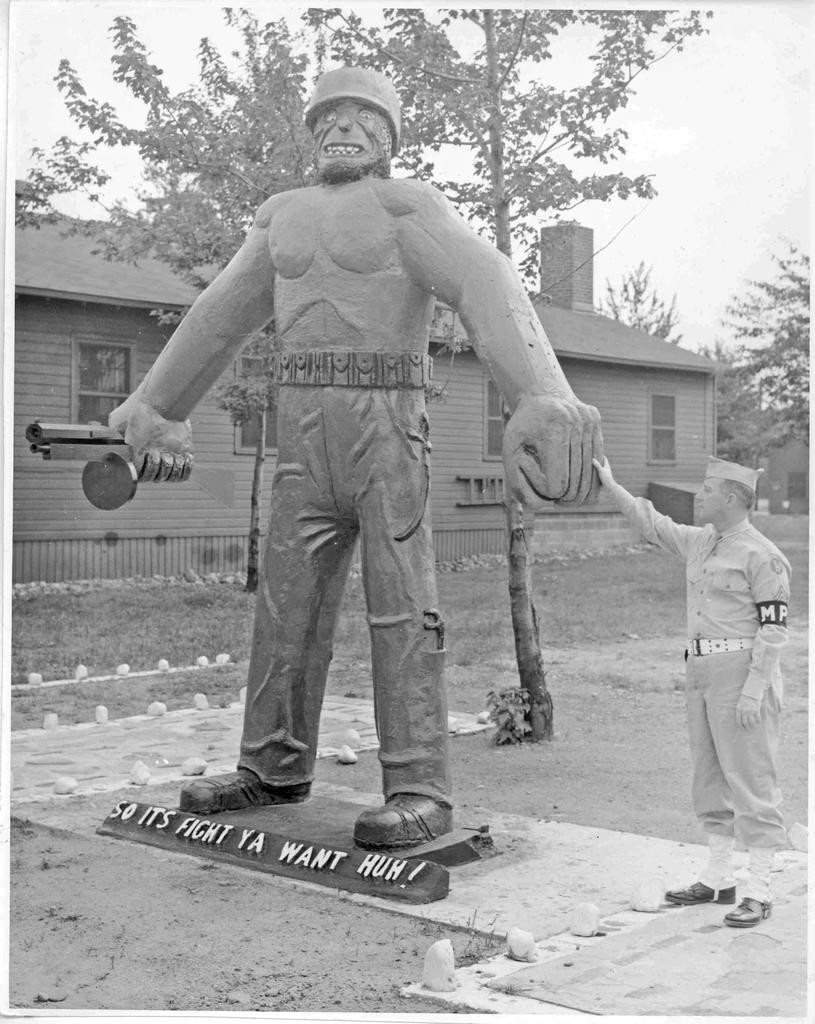 OLD SOLDIER — A military police officer touches the big concrete fist of Alley Oop, a statue that stood watch at the barracks of the Rome Air Depot in the 1940s. (Photo courtesy Rome Historical Society) 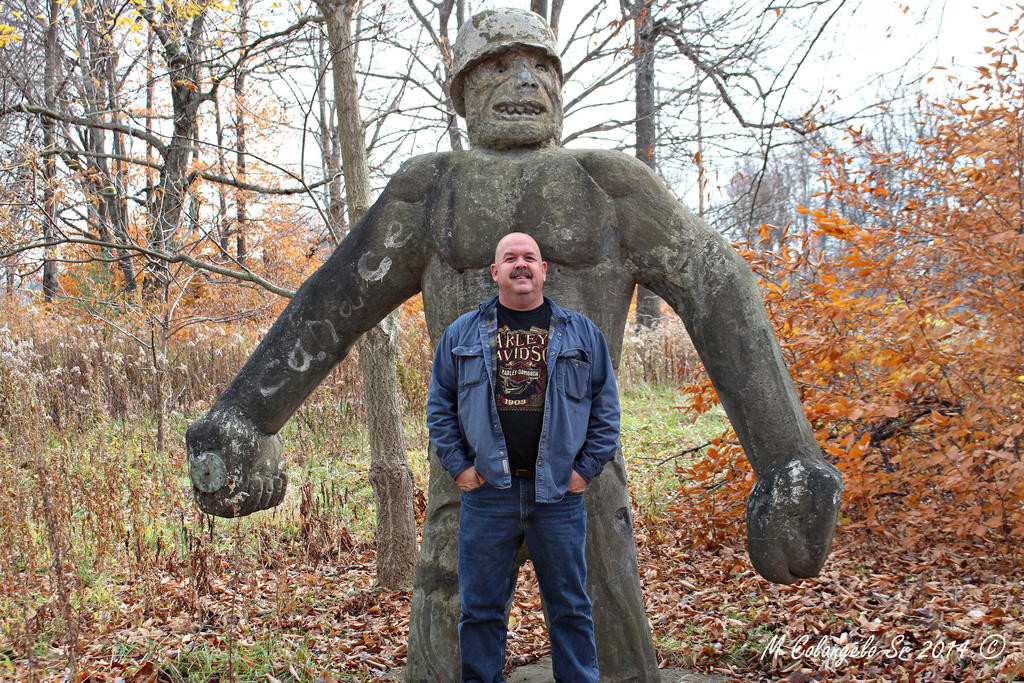 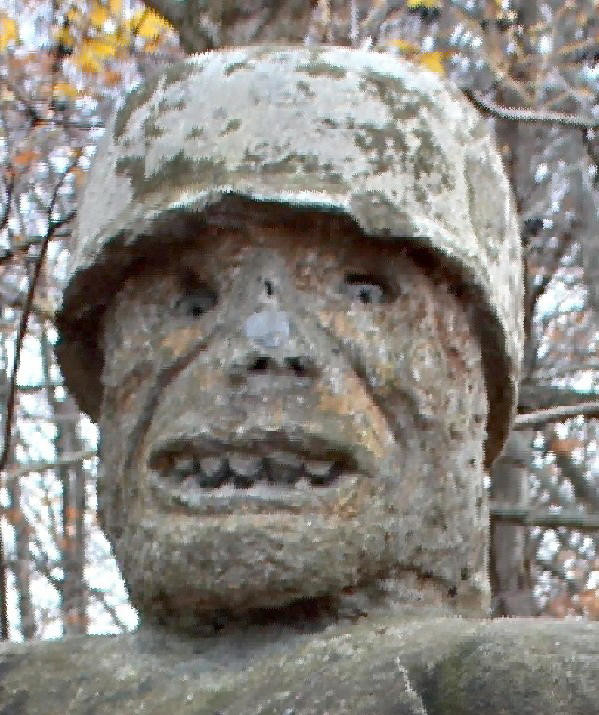 For the Daily Sentinel

Some consider it a work of art. Others think it’s an ugly relic. But everyone agrees it’s part of Rome’s history.

A concrete statue of a monster-looking military man stands, broken and defaced with graffiti -- amidst tall weeds in summer and snow drifts in winter -- in an isolated and unused area of Griffiss Business and Technology Park. The statue, known as “Alley Oop,” was recently discovered and discussed on the Facebook website, “People and Places of Rome, NY.”

But this wasn’t the first time Alley Oop was discovered, according to stories in the Rome Daily Sentinel:

-- A subsequent Mohawk Flyer newsletter found a base engineer drafting supervisor, David Getty, who said the statue was “no mystery” to him. He identified the concrete character as “Alley Oop,” and said he used to stand where the old barracks once stood. The statue toted a Thompson machine gun back in 1947, wore an olive drab colored uniform, and may have been equipped with a parachute pack and ammunition belt. “When the base was first built,” Getty said, “some of the Army construction workers had some extra time and built the statue … When everything changed from Army to Air Force here, Alley Oop also received his Air Force look.

His helmet was painted white and his pants were painted blue.” In the early 1950’s, “a big flat bed truck came by with a crane and hauled” the statue away.

--- A Sept. 30, 1988, Rome Sentinel story reported that “Rome’s answer to the Cardiff Giant” had been found again, lying peacefully in remote woods near SAC Hill at the base.

Tech. Sgt. Gerald R. Tipler had hunted down the giant, after reading the Mohawk Flyer story, found it “covered to the waist with debris” and dug it out.

Tipler and his co-workers hoisted the giant up with a crane, and carted it to their shop in a flatbed truck. They tried to restore Alley Oop to his original appearance.

An old military photo shows the giant towering over a military policeman, on a stand that reads “SO ITS FIGHT YA WANT HUH!” The statue’s face resembles that of a 1940s cartoon character named Alley Oop, a prehistoric caveman.

-- An Aug. 10, 2000, Sentinel story reported that Alley Oop had been found again, in a park at the air base, which had closed in 1995. He had been cut off at the knees, and was grossly graffiti-marked.

A group of Romans on Facebook recently expressed interest in moving the statue, fixing it up, and standing it up where it could be seen by the public at Griffiss or elsewhere. Whether that happens or not, the silent stone sentinel will remain a relic of Rome’s past.

EDITOR’S NOTE: This column was compiled for the Rome Historical Society by Chip Twellman Haley, retired Daily Sentinel news editor, with photos supplied by Michael Colangelo and by Society volunteer Michael Huchko. Comments, old photos or suggestions for future columns may be emailed to: chiphaley@yahoo.com.

The Rome Historical Society, 200 Church St., is open from 9 a.m. to 3 p.m. Tuesday through Friday. Go online at www.romehistoricalsociety.org, visit their Facebook page, or call 336-5870 for more information.