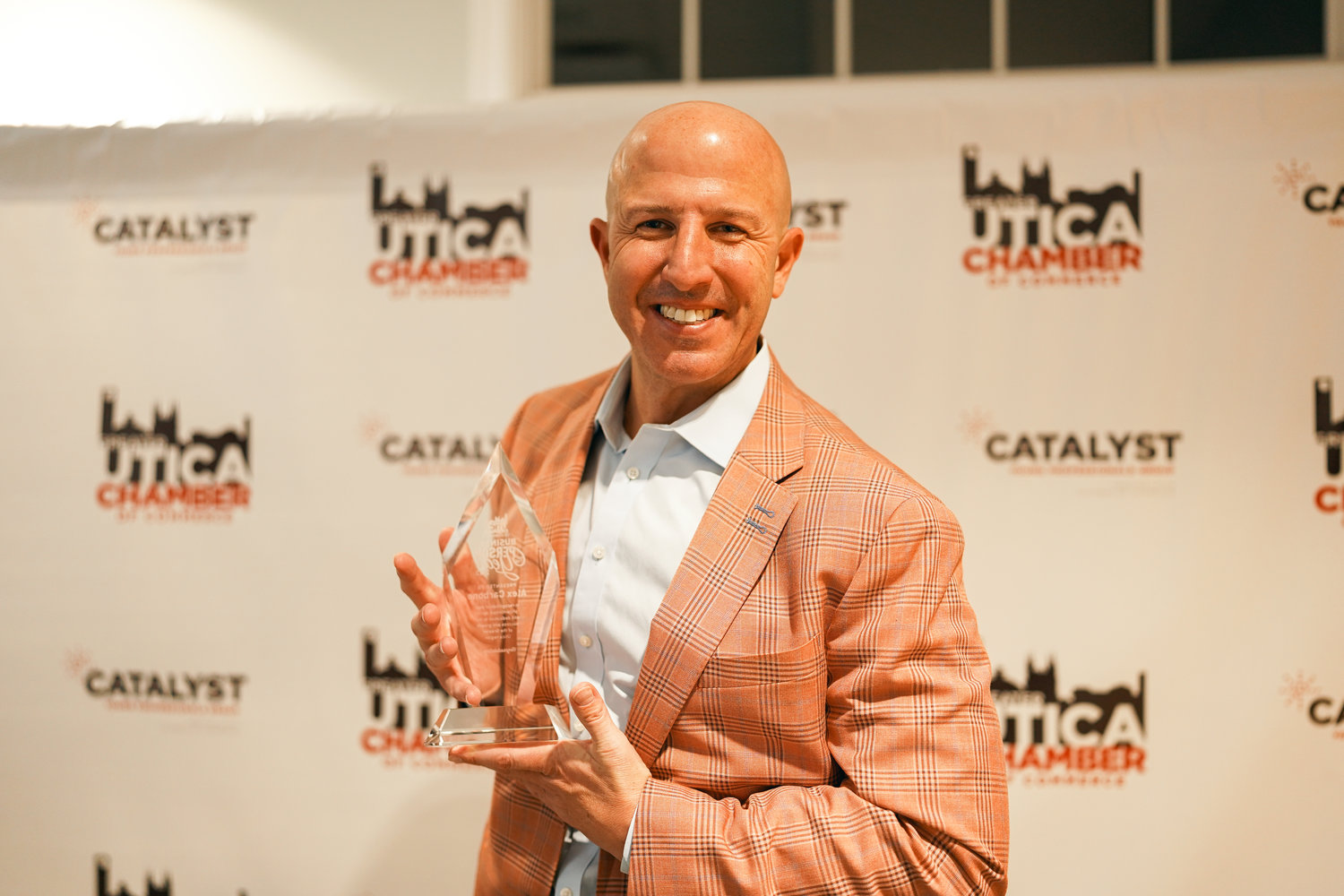 UTICA — The Greater Utica Chamber of Commerce has honored Alex Carbone, owner and chief executive officer of Carbone Athletics at The Fitness Mill, Carbone Commercial Property, Carbone Getaways, and Live It LLC, as its 2022 Business Person of the Year.

The ceremony was held last week at the Irish Cultural Center.

The Business Person of the Year Award is given to an individual who has shown exemplary service to the chamber and/or community, the announcement said, adding the purpose of this award is to focus on those who are dedicated to improving and impacting the business climate of the Greater Utica Area.

Carbone, a 1991 Notre Dame graduate, started his career out of high school in the family business with the Carbone Auto Group. For more than 30 years, he worked in every department of the business.

As a lifelong athlete, Carbone developed a passion for the fitness industry and decided to forge a new career path, purchasing The Fitness Mill in New York Mills. In 2019, he purchased a site in Utica to develop a new 47,800-square foot state-of-the-art facility which includes not only the new location of the Fitness Mill, but 10 additional tenants whose businesses were not originally located in Utica.

These efforts resulted in what is now called ‘Live It Downtown,’ which opened its doors in 2021 and is part of a major revitalization on the city’s western corridor, the announcement added.

Carbone has served on numerous boards including the American Heart Association, The House of the Good Shepherd, and the American Red Cross. He is also a passionate supporter of autism awareness and is committed to ensuring accessibility to fitness programs for individuals with special needs through his Fitness for All program, the announcement said. The Fitness Mill was also the presenting sponsor for the 2022 Kelberman Center Walk for Autism.