ORISKANY — Gov. Kathy Hochul announced an investment of $8.2 million for the SNUG outreach program to help curb and reduce gun violence in New York. The program, part of Hochul’s overall plan to … 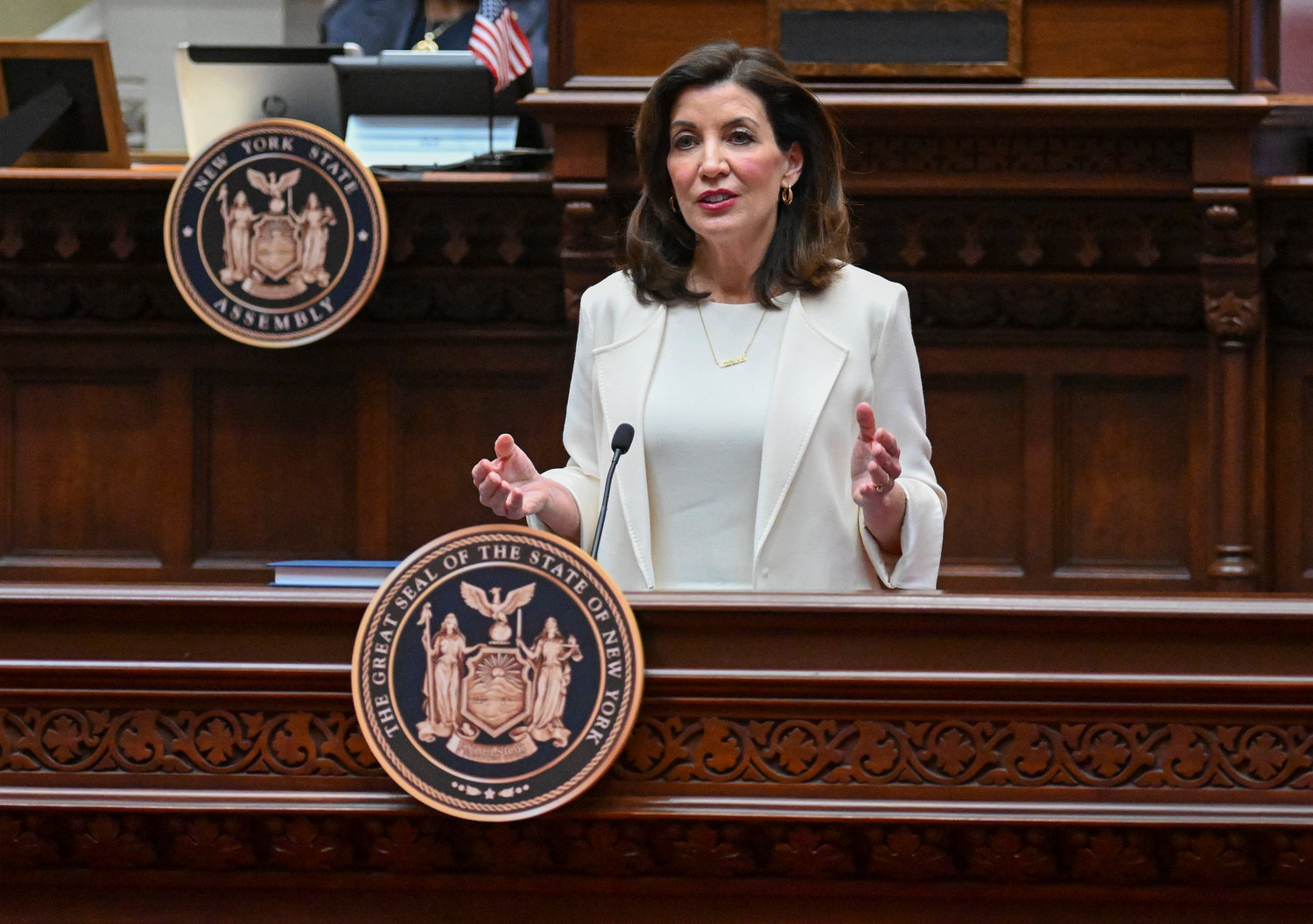 Hochul made the announcement in an online address, which included highlighting 29 new street outreach workers, hospital responders, social workers and case managers — the first to train at the Division of Homeland Security and Emergency Management Services’ State Preparedness Training Center.

Expanding SNUG from 12 to 15 communities with the addition of Niagara Falls, Schenectady, and Utica;

Piloting an initiative to increase participation in programming by helping meet the basic needs of vulnerable young people;

Provide skills-based job-readiness and work-placement training for youth who participate in SNUG; and

Build upon DCJS’s training of SNUG staff by launching a first-in-the-nation program to recruit and retain outreach workers to overcome a primary obstacle to expanding community-based violence prevention efforts.

Hochul addressed the new SNUG Outreach Staff during their team training on Wednesday, thanking them for their commitment and belief in the program.

“Guns” spelled backward with a mission to reverse gun violence, the governor said she was familiar with the SNUG program and its success. “I was familiar with the SNUG program in western New York, in Buffalo, where I lived,” she said. “My husband was a federal prosecutor and worked closely with former gang members, all to make streets safer for everyone. It’s an important program, and I know it works. And I want to continue investing in something with a proven track record of accomplishment.”

The SNUG Outreach program is a violence-reduction initiative first established in 2009. The program seeks to engage high-risk individuals who are causing violence in communities with high rates of violent crime, address the issues that may be causing high-risk individuals to engage in gun violence, and share how violence is spread with the community.

The program employs and relies on street outreach workers who live in the communities they serve to act and be viewed as credible messengers by persons at high risk of offending.

“I want to thank everyone [in training] for believing in the cause of SNUG and to use [their] life experiences,” Hochul said. “We’re trying to persuade people to take another path. And young in people, in particular, grow up in a neighborhood who don’t have a successful role model and only know the streets from their fathers or older brothers, creating a cycle of violence because they don’t think they have other options.”

Hochul said she was grateful for the SNUG outreach staff and their mission to go out on the streets and help individuals, changing their lives.

“We need you now more than ever,” the governor said. “Some of you have lived this. You understand the motivators and what drives people to make these wrong decisions that can alter their lives forever. So use your skills, mediate conflict, mentor young people, and work with local partners.”

“What you’re doing today sets you apart as a caring individual,” she added. “Someone who’s concerned about the future and the lives of others.”

To that end, Hochul announced New York State’s commitment to the SNUG program. $8.2 million will be invested to bring in more staff at 12 existing SNUG sites.

“I believe in this program, and I said I’ll triple the amount of investment in it,” Hochul said. “Let’s go to $24 million.”

In his younger years, Brown said he was involved in the street life and decided to change later on. Referred to SNUG by his cousin, Brown started from the ground up and now oversees training statewide.

“I’ve always tried to take care of people in my neighborhood, even when living the streetlife,” Brown said. “I started as a part-time volunteer as a violence interrupter.”

Nested in one area of his community, Brown’s job was to call his team and help mediate fights and conflict.

Prior to becoming a supervisor, Brown was involved in an incident on July 4, 2016, where he was shot in a drive-by while speaking to an individual involved in a shooting.

Because the job was so important to him, Brown wasn’t going to give up. So a week later, Brown was back to work and promoting more safety in the street.

“I believe SNUG is a great program and putting a lot into the community what’s been taken out,” Brown said. By working with the community and bringing people in to help and show another way, people can be kept out of prison, hospitals, and graveyards.