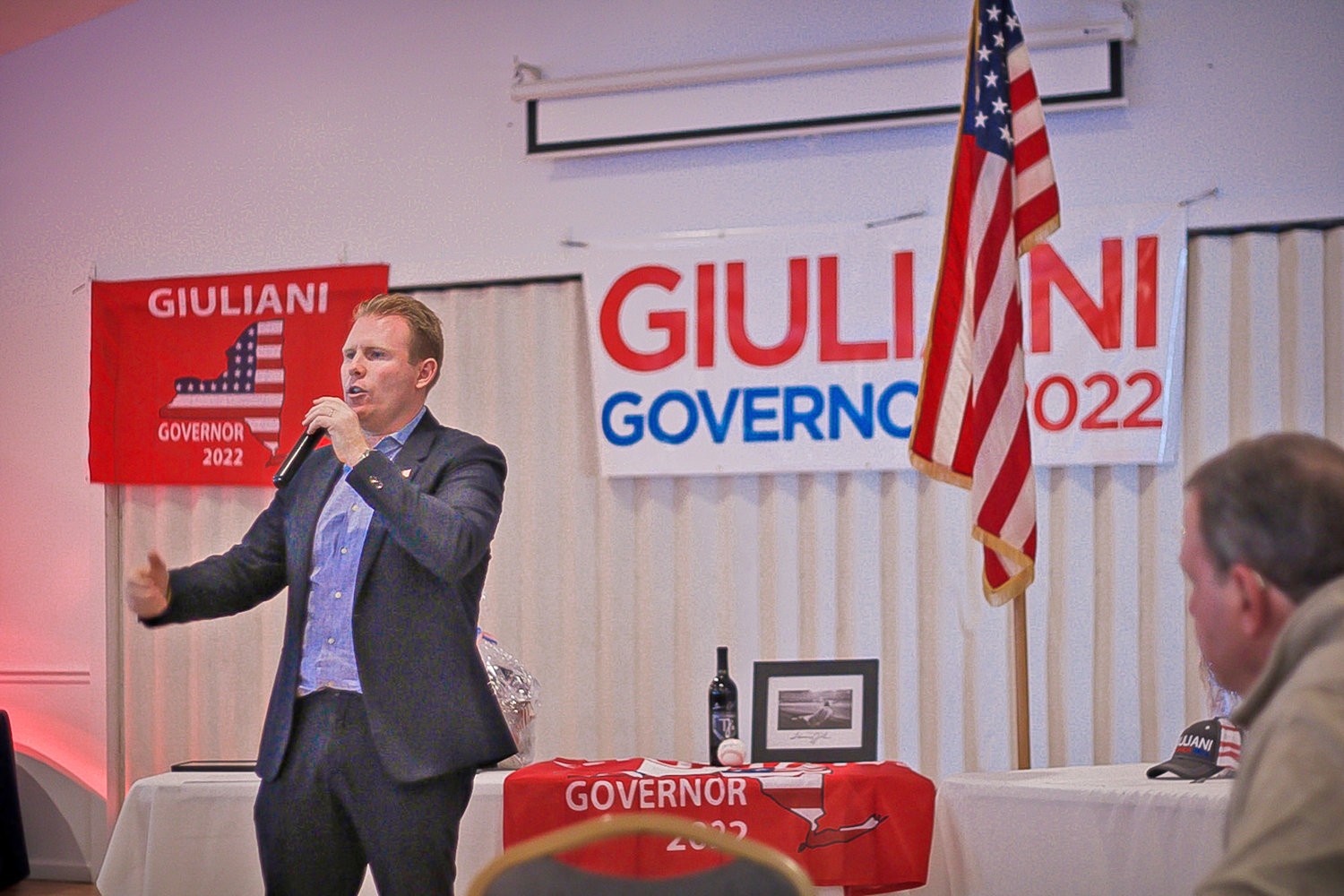 ON THE CAMPAIGN TRAIL — Andrew Giuliani is shown in a recent campaign stop as he visits all 62 counties in New York in his run for governor.
(Photo submitted)
Posted Wednesday, September 29, 2021 4:00 pm
Jolene Cleaver
Staff writer
email

UTICA — Now several months into his campaign for New York’s governor seat, Andrew Giuliani, a Republican, campaigned in the Mohawk Valley on Monday in a continuation of his statewide trek, spreading his reform and deregulation messages.

At a campaign stop at Utica’s Union Station, Giuliani said that if elected, his administration “from day one” would focus on codes and regulatory reform initiatives that would cut through red tape that hinders business growth in New York.

The 35-year-old Giuliani — a lifelong New Yorker who was born and raised in Manhattan — said he wants to find ways to unite all regions of New York rather than deepen the Upstate-New York City divide.

Further, his vision includes reducing taxes and regulations that he says would go a long way in bringing back a quality of life for New Yorkers.

He graduated from Duke University in 2009, and in 2016, he volunteered for the Trump campaign in surrogate relations.

Later, joined the Trump administration as Associate Director of the Office of Public Liaison in 2017.

“In 2019, he was promoted to Special Assistant to the President. His role consisted of working with high-level business leaders and CEOs to help President Trump and his Cabinet Secretaries craft policy, specifically including the 2017 tax cuts, the deregulation of businesses of all sizes…” notes a portion of a campaign statement.

Giuliani said in the coming weeks, he will continue to campaign not only for himself but for other Republican political candidates facing the fall 2021 election cycle. “I think we have a tremendous chance to take back our state,” Giuliani said.

“I feel very optimistic about the chance to win next year,” the GOP gubernatorial candidate added.