Getting into the swing of owning historic golf course, new family eyes future at McConnellsville club

With a history spanning more than 80 years, McConnellsville Country Club is looking to start a new chapter while staying true to its legacy.

Getting into the swing of owning historic golf course, new family eyes future at McConnellsville club 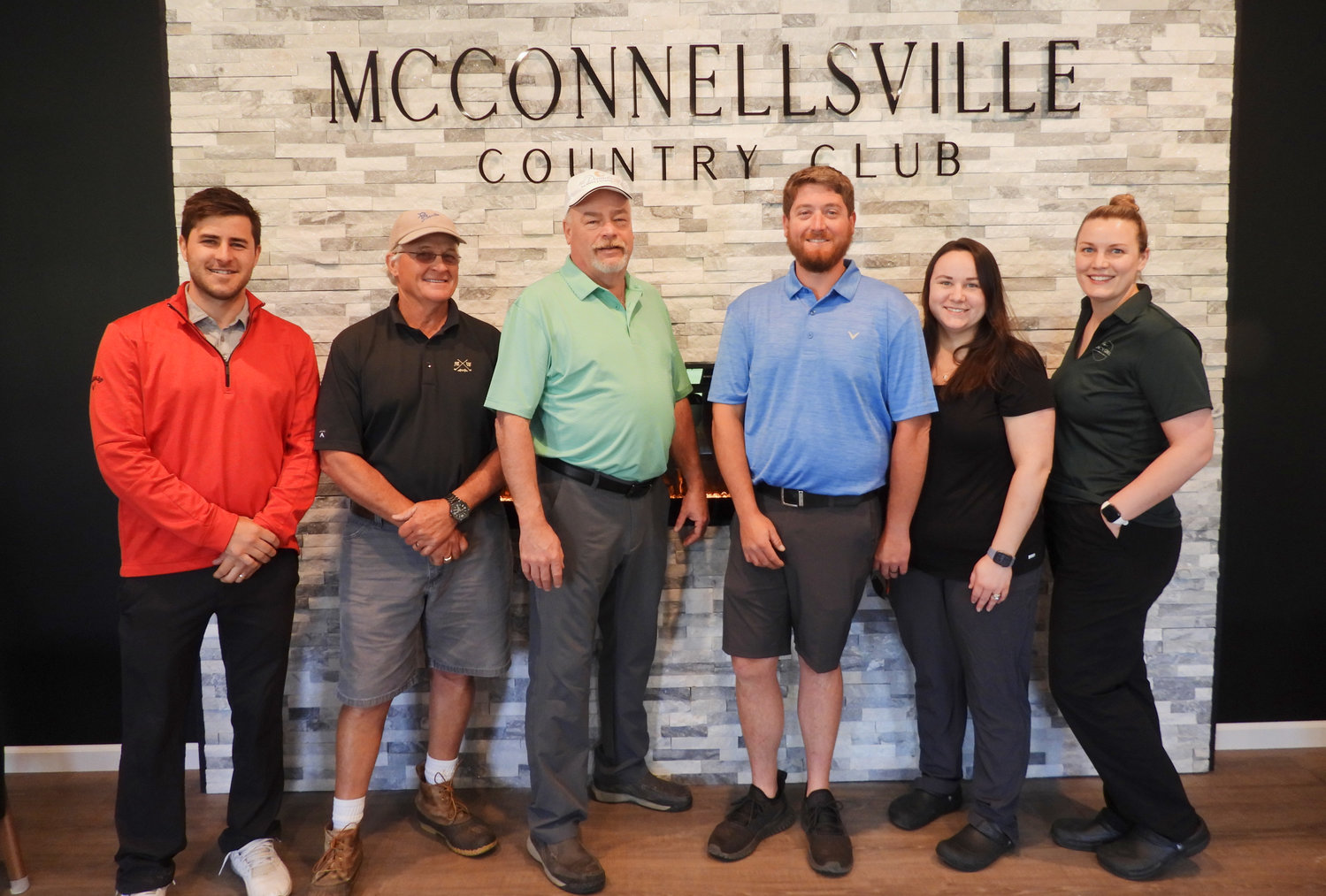 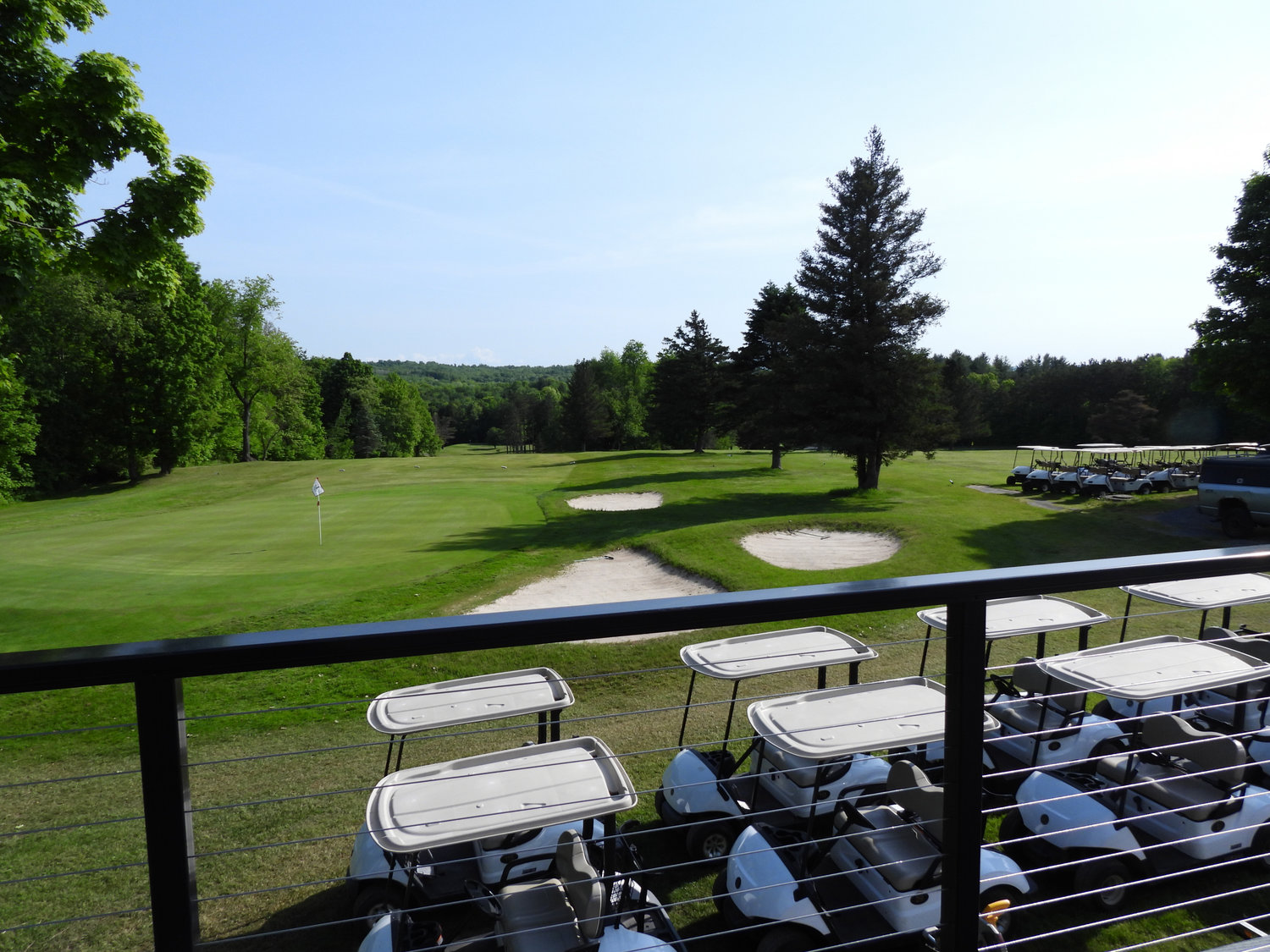 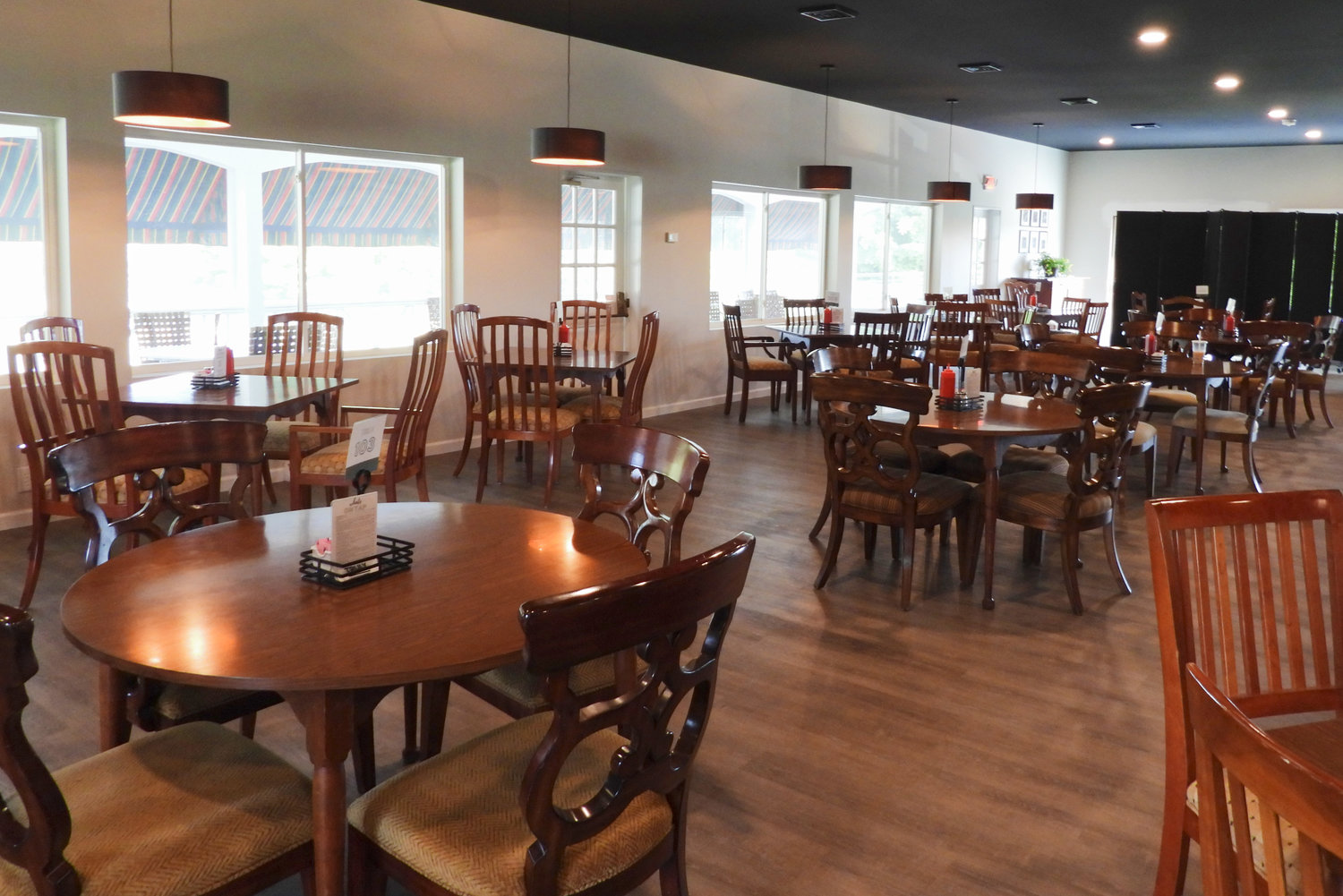 McConnellsville Country Club is under new management and owners Todd and Cindy Bowman are looking to continue the Club’s legacy while bringing positive changes that build on it. Cosmetic changes have been made to the dining room and a new menu, including dinner options, are now offered
(Sentinel photo by Charles Pritchard) 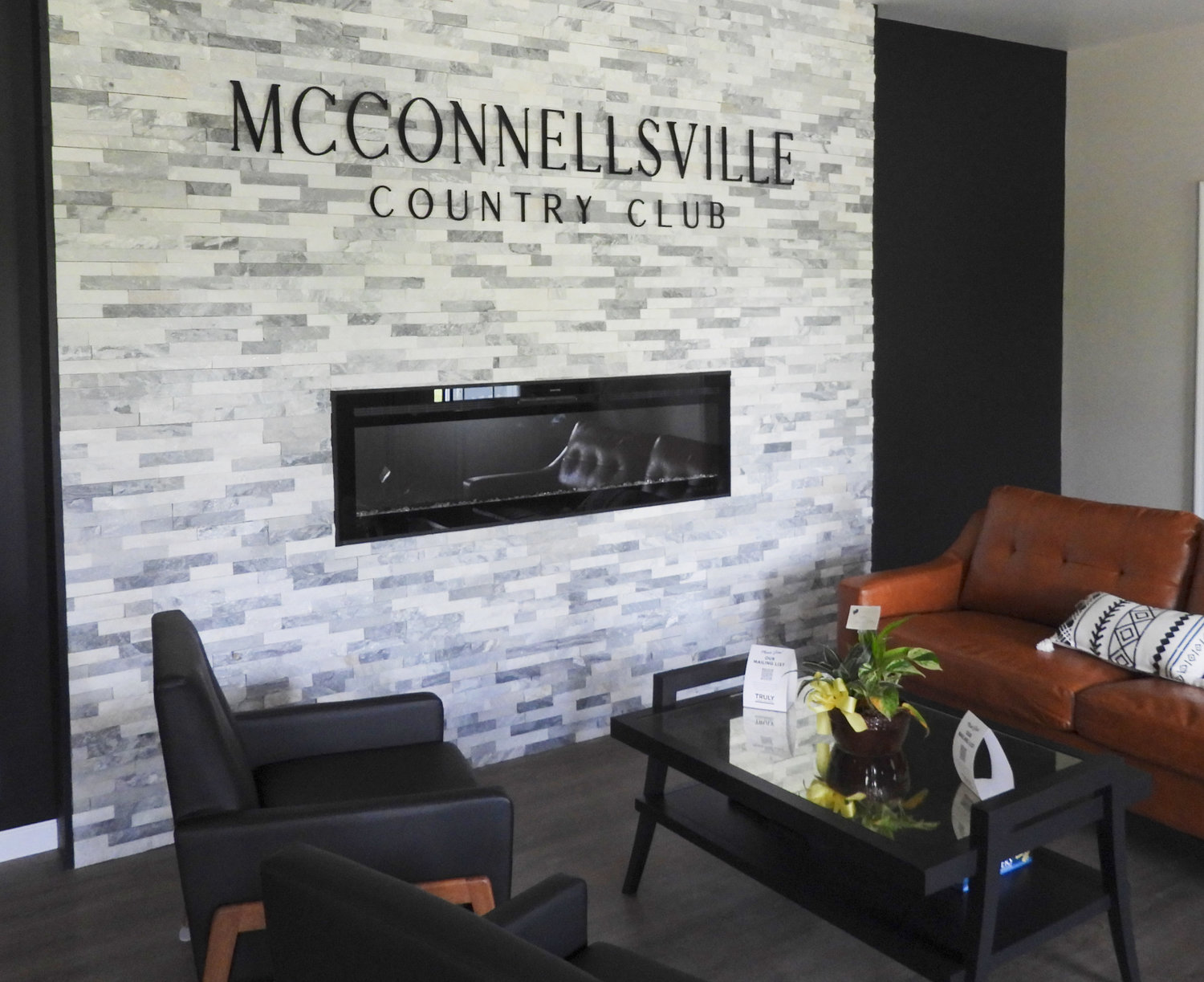 McConnellsville Country Club is under new management and owners Todd and Cindy Bowman are looking to continue the Club's legacy while bringing positive changes that build on it. One of the Club's newest additions is a fireplace, which is nestled right into the wall and one of the first things people see upong entering
(Sentinel photo by Charles Pritchard) 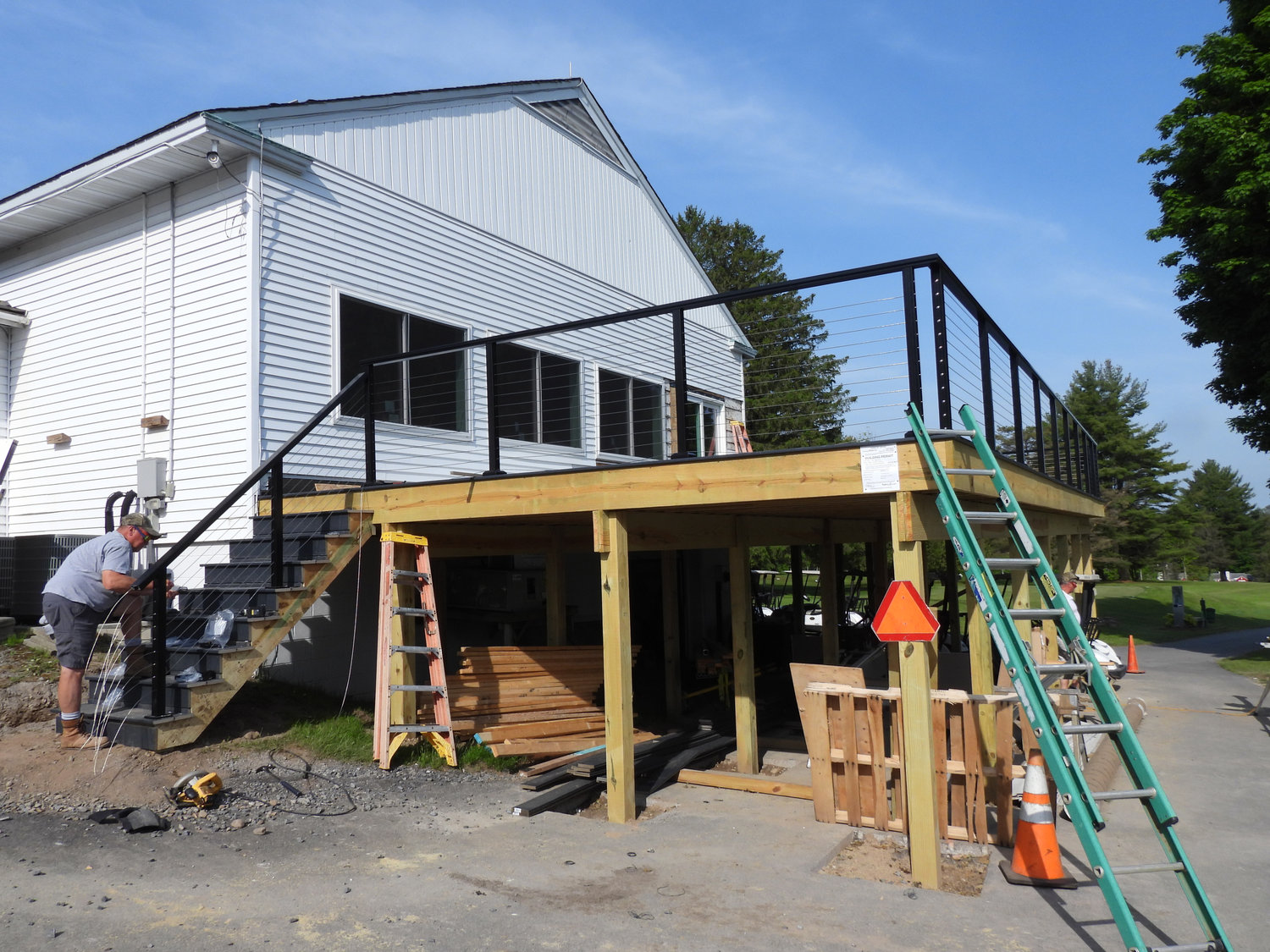 McConnellsville Country Club is under new management and owners Todd and Cindy Bowman are looking to continue the Club's legacy while bringing positive changes that build on it. Work is wrapped up on the new deck, which will be used for outdoor dining
(Sentinel photo by Charles Pritchard) 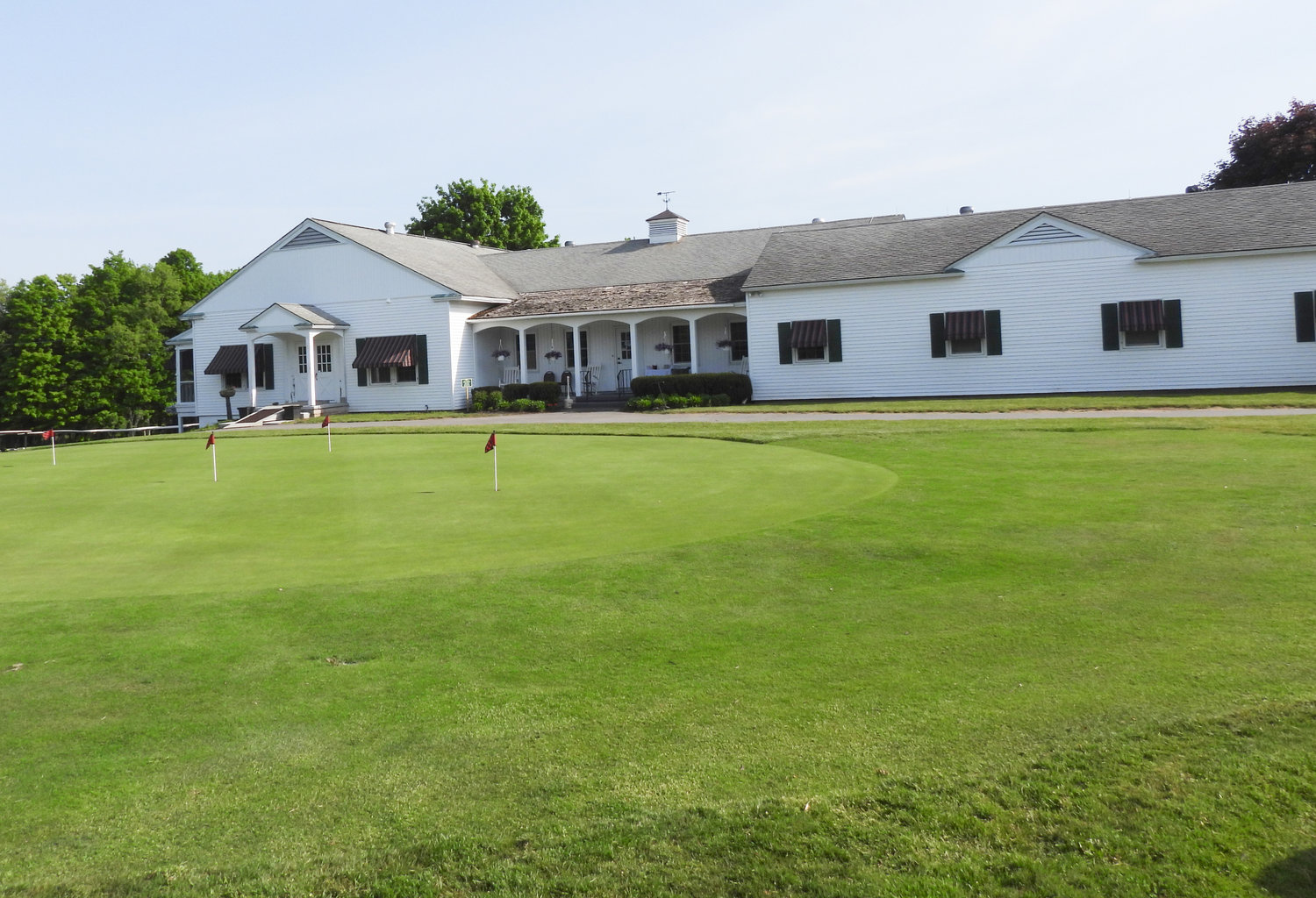 McConnellsville Country Club is under new management and owners Todd and Cindy Bowman are looking to continue the Club's legacy while bringing positive changes that build on it
(Sentinel photo by Charles Pritchard)
Previous Next
Posted Friday, June 3, 2022 9:30 am
Charles Pritchard
Staff writer
email / twitter

McCONNELLSVILLE — With a history spanning more than 80 years, McConnellsville Country Club is looking to start a new chapter while staying true to its legacy.

Camden residents Todd and Cindy Bowman officially became McConnellsville’s new owners on April 1. McConnellsville began as the McConnell and Charboneau farms before they were transformed into a nine hole golf course in 1941 by the Frank S. Harden Co. and Camden Wire Co. In 1967, the Harden family donated another 65 acres of land for an additional nine holes to add to McConnellsville. Pete Grygiel and Frank Clark designed those nine holes, and the construction was completed late in 1969.

With Harry Harden retiring, Todd and Cindy were in the position to purchase McConnellsville. When asked why they made the purchase, Todd Bowman said it was an opportunity to provide for the family. “I was hoping to make this a career for my family,” he said. “I have three daughters that work here and a son-in-law.”

And right away, the Bowmans and family have been working to enhance the club. Outside, a new deck for dining has just been finished. And on the inside, a new fireplace has been installed alongside an expansion of the dining room.

“We’ve been concentrating on the restaurant end,” Todd Bowman said. “We’ve totally revamped the menu and added dinners and music. That’s been working out well so far, and we’ve gotten nothing but positive feedback.”

On top of this, McConnellsville has added to its hours of operation, open in the summer seven days a week. And come winter, the restaurant will be open five days a week.

“People have been excited about the change,” he continued. “It’s added new life and a new atmosphere.”

And while the restaurant side of things has been getting an overhaul, it’s hard to improve upon a course that many people can’t help but praise.

“The golf end of the business has always been strong, and the head superintendent, John Shannon, has been here for 40 years and does an unbelievable job,” Todd said. “We had seven golfers from Syracuse the other day — who said they play a different course every week — that McConnellsville was the best course they played this year and in the best shape.”

Shannon said he started working at McConnellsville back in 1969, starting when he was in high school. After graduating, he went on to join the Navy, and upon finishing his tour of duty in 1977, Shannon’s old job was waiting for him.

“I grew up here with the Harden family,” Shannon said. “And my dream job was to be here. When I got back from service, Mr. Harden gave me the chance to take over the course. And I’ve been here ever since.”

When Harden announced his intent to retire, Shannon admitted that he was nervous. He didn’t know who the new owners would be or what would happen.

“And I wasn’t ready to retire,” he added. “But fortunately, the Bowman family came along and gave me the opportunity to keep going.”

Shannon had nothing but praise when asked what he thought of the changes. “Everyone’s been raving about the changes to the clubhouse and the food,” he said. “And now we’ve got more opportunities for the golf course to improve. And I think we’ve got a younger generation of golfers coming in and getting into golf. So that gives McConnellsville a great opportunity to be one of the top courses in the area.”

As for what the future holds, Bowman said the plan is to start bringing back more member events.

“We’ve already held two, and we’ve got two more coming up,” he said. Those looking to become a member of McConnellsville can call 315-245-1157