Get dirty as Daniel Barden Mudfest returns after two-year hiatus

FOR BARDEN — Participants in the 2019 Daniel Barden Mudfest. The mudfest is in honor of Daniel Barden, one of the first-grade children killed in the Sandy Hook, Connecticut mass shooting in December 2012. 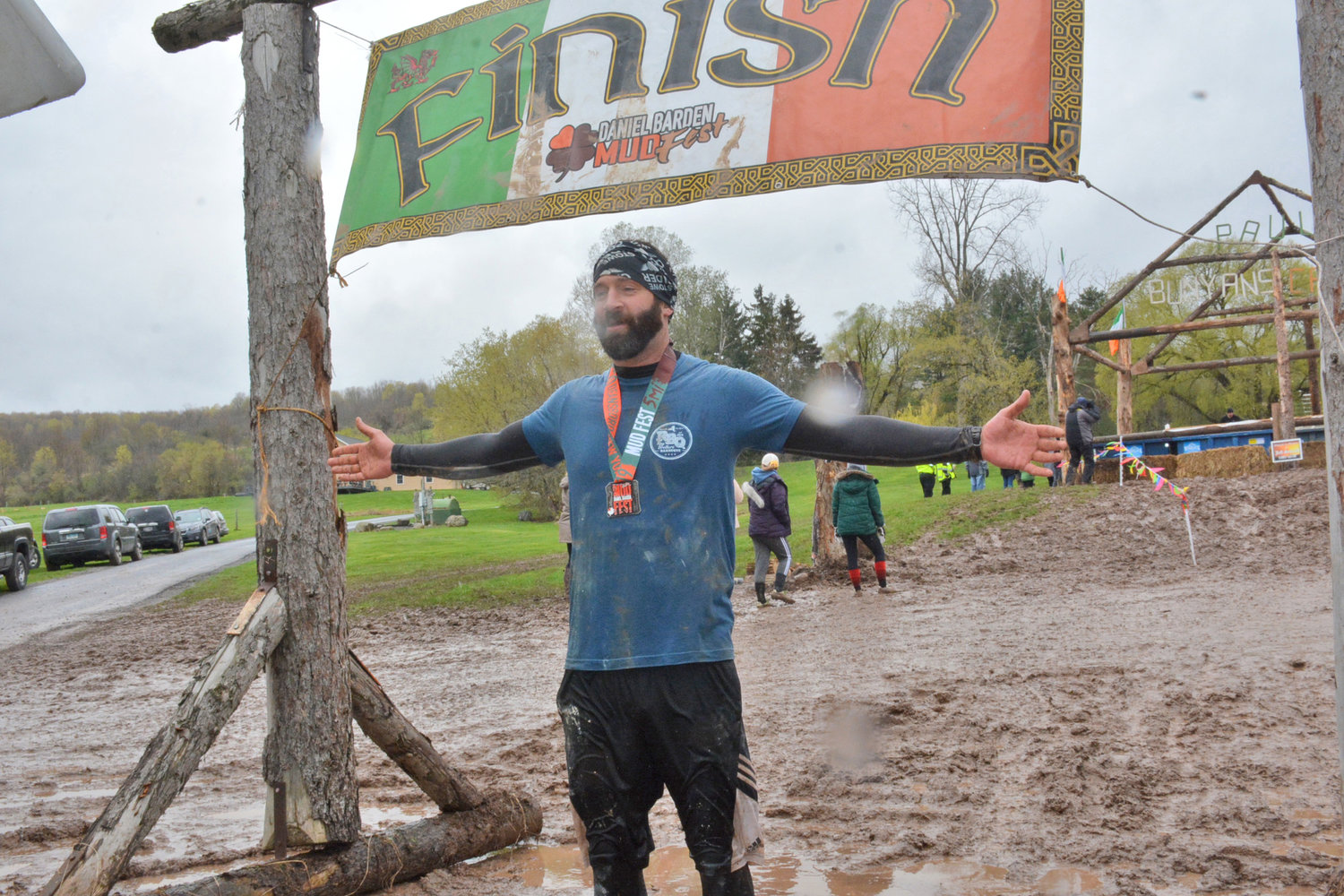 DEANSBORO — Though gone for two years due to the pandemic, the annual Daniel Barden Mudfest is back, ready to welcome people for a great time and a good cause.

Slated for Saturday, April 23, the Mudfest — officially dubbed “The Boilermaker’s Dirty Little Brother” — is a rough-and-tumble mud run obstacle course that welcomes everyone.

There is a timed 5-mile run for competitive obstacle course runners or a timed 5K. For the less competitive runners who still want a muddy challenge, there is an untimed 5K. There is also a Kids’ Fun Run for ages five to 11, so runners can get the whole family involved. After the race, hot showers are available to all — meaning no messy cars on the drive home.

This year’s event will feature brand new obstacles and some returning favorites. Each obstacle is designed and hand-built by the “Mudfest masterminds” to challenge runners “… in ways they never imagined.”

“When they cross the finish line, they will feel an incredible sense of accomplishment and camaraderie,” Mudfest officials wrote.

“It has been a long two years without being able to safely host Mudfest as we know and love it during the pandemic,” said race co-founder Dan Williams. “We’re just so excited to return to that feeling of grit, spirit, and solidarity – all in memory of Daniel.”

DBM honors the memory of Daniel Barden, one of the first-grade children killed in the Sandy Hook, Connecticut mass shooting in December 2012.

Jessica Poyer, one of the event organizers, said her sister Karin LaBanca, lived in Sandy Hook and lived next door to the Barden family. “My niece, Maggie, who was a third-grader at the time, was also in the Sandy Hook Elementary School when the shooting happened.”

While in different classes and grades, Poyer said Maggie and Daniel were friends and played together after school, bringing the two families closer. “There’s a well-worn path between the homes,” she said.

While Maggie escaped physically unharmed, Daniel didn’t, and the two families came together to support each other during one of the most challenging times of their lives.

In the wake of the tragedy, Williams said he wanted to start something that brought hope, carrying on Daniel Barden’s name. The first Mudfest took place in April 2013, a year later.

“Daniel was a kind and gentle child who touched the hearts of everyone he met,” Mudfest officials said.

Proceeds from DBM will benefit the Daniel Barden Adventure Scholarship, which impacts local teenagers and teenagers in Connecticut. As a bonus, the winners get to designate a charity of their choice to equally fund with DBM proceeds.

The Mudfest had to stop when COVID-19 hit due to restrictions, but that didn’t deter organizers.

“Our hope was that the restrictions would mean we would only miss only one year,” Poyer said. “We were really hopeful that by the spring of 2021, things would look different.”

The first year, the Mudfest held a virtual event, encouraging people to post pictures of themselves outside. This past October, a modified version of the Mudfest was held that welcomed the local cross country team and local community members as things got safer.

But regardless, there were people there to support the Mudfest and all it stood for. And now it’s back in full force.

“We’ve been able to navigate through the last years, and now we’re excited to return, bigger and better than ever,” Poyer said. “What’s special about this event is that something tragic happened just four hours from us, but our community shows, year after year, that we’re supportive of the Sandy Hook community, and we have not forgotten.”

Mudfest is also looking for volunteers who can sign up at: https://www.bardenmudfest.org/volunteer/

Athletes may register for DBM online at: www.bardenmudfest.org until midnight on April 20. They may also register the morning of the event, before race start times.