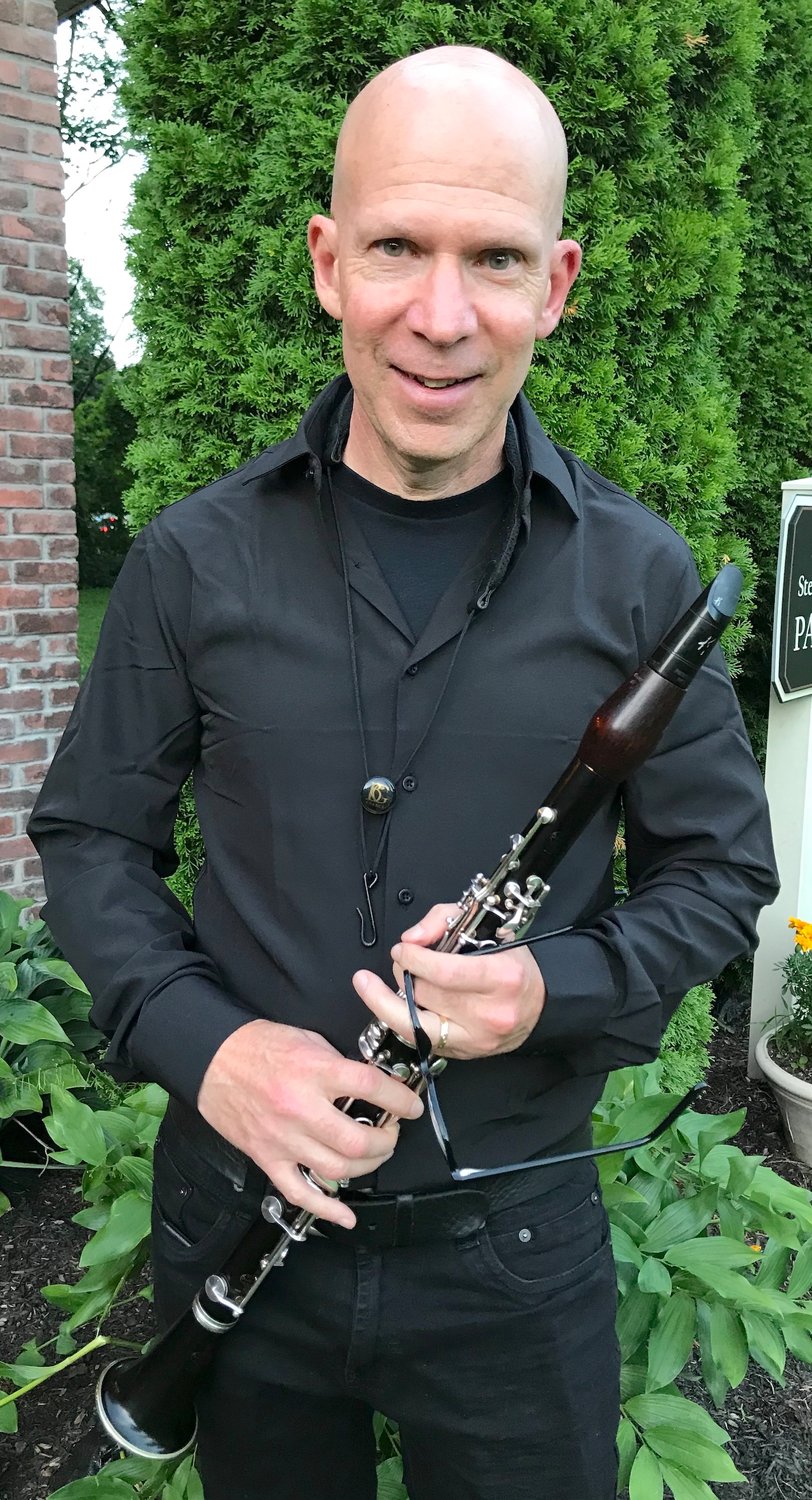 ROME — Two members of the area’s preeminent families in clarinet performance will team up for the penultimate Herb Geller Scholarship Concerts’ free PREformance at Rome’s First Presbyterian Church on Saturday, Sept. 24 at 3 p.m.

The program includes Serenade for Winds by Strauss, The Finale from the Violin Concerto of Tchaikovsky arranged for clarinet solo and clarinet choir, featuring soloist Jeff Geller, and Petite Symphonie by Charles Gounod.

“We are so thrilled to continue our fathers’ musical tradition as clarinetists and music directors, especially with such outstanding instrumentalists,” said ensemble conductor Flaver, who first learned clarinet from his father, John F. Flaver, who also taught Herb Geller. ‘John, Jr.’ would later go on to provide instruction for Herb’s son, Jeff.

“We represent a continuation of our families’ passion for playing and performing music and want to leave that legacy for today’s music students, both by continuing to play and by raising money for scholarships at Rome Free Academy, our alma mater,” said Geller. Both he and his wife, Meg, who will be playing flute in the ensemble, also studied at Julliard.

Clarinet soloist Jeff Geller has played professionally extensively, including a quarter-century performing with the West Point Concert Band, where his father, Herb, also played clarinet. Among his career highlights are playing for presidents and dignitaries, as well as the inaugurations of Ronald Reagan and George W. Bush. He is the principal chair clarinetist with the Woodstock Symphony Orchestra and directs the Blackwood Clarinet Quartet.

John A. Flaver has taught, adjudicated, supervised auditions, and presented master classes to approximately 3,000 music students for more than three decades, many of whom have gone on to distinguished performance and teaching careers. He is a much-awarded, sought-after clinician, author, player, and music director and was inducted into the Rome Arts Hall of Fame this past May.

The Geller Memorial Scholarships honor longtime RFA and Vernon-Verona-Sherrill band director and professional clarinetist Herb Geller, who passed in 2017. So far, the free Geller Scholarship Concerts have awarded $6,950 in three seasons to a dozen select RFA and V-V-S graduates for their collegiate studies in music. Contributions toward the scholarships will be accepted at the concert, and at www.PayPal.me/GellerScholarship, or checks to Geller Scholarships, P.O. Box 186, Verona, N.Y. 13478.

Rome’s First Presbyterian Church is located at 108 W. Court St., and abides by the Oneida County Health Department’s policies and recommended COVID practices. There will be no intermission during the 45-minute program.

This Geller Scholarship Concerts PREformance is a prelude to the concluding free Tribute Band Concert featuring more than 50 regional professional musicians, music educators, alumni and current students, to be presented at Rome Free Academy on Nov. 5 at 7:30 p.m.