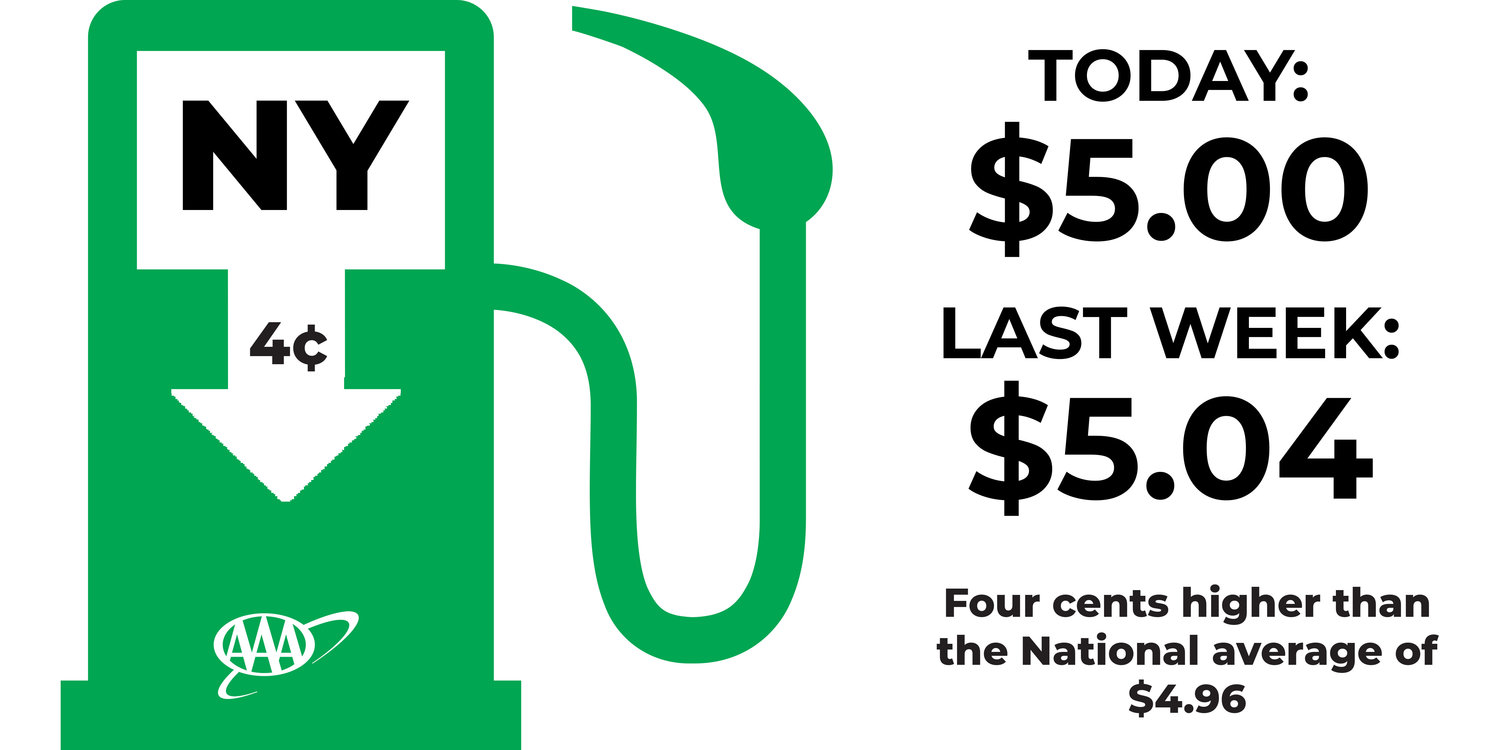 UTICA — It may not be much, but at least it’s progress for local motorists, industry experts say, as the state and local average gas price dropped 4 cents from last week.

“Demand for gasoline has declined, perhaps in response to record-breaking high gas prices — and that has helped push down prices at the pump,” said Patti Artessa, AAA Northeast regional director of public and government affairs.“This dip in demand, coupled with a drop in oil prices, has taken some of the steam out of surging gasoline prices. But consumers are still paying historically high prices.”